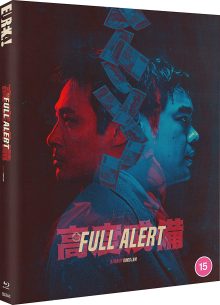 In 1996, Hong Kong director Ringo Lam made the move to Hollywood, helming the Jean-Claude Van Damme vehicle, Maximum Risk. However, with the handover of Hong Kong from the UK to the People’s Republic of China due in the middle of 1997, Lam wanted to make one more film in his homeland before this took place. The result was the action thriller Full Alert.

The film was only an average success at the Hong Kong box office but was shown at both the Rotterdam Film Festival and Berlin International Film Festival in 1997. It was also nominated for five awards at the 17th Hong Kong Film Awards and is now regarded as one of Lam’s best films outside of his acclaimed ‘On Fire’ series.

Eureka, after their excellent work on Lam’s Wild Search, are turning their hands to Full Alert, releasing the film on Blu-ray with all the bells and whistles you expect from the label. I got hold of a copy and my thoughts follow. 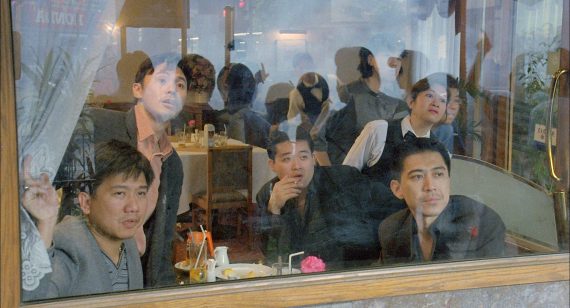 The film opens with the police, led by Inspector Pao (Ching Wan Lau), discovering the body of an architect in a rooftop water tank. They soon catch the culprit, Mak Kwan (Francis Ng), who confesses to manslaughter, claiming he killed the man following a scuffle whilst he was stealing cash from him.

Pao can see there’s more to the crime than this though, as Kwan had stolen the plan for a vault from the victim and is found to have been in possession of the ingredients required to make high explosives. With Kwan keeping his mouth shut on the matter, Pao and his team try to get to the bottom of the plot the criminal was involved with.

Whilst Pao continues his detective work, we see Kwan’s girlfriend Chung Lai-hung (Amanda Lee) conspire with the criminal gang her boyfriend was working with, as they continue to plan their audacious robbery. To do this, they must first get Kwan out of prison though. 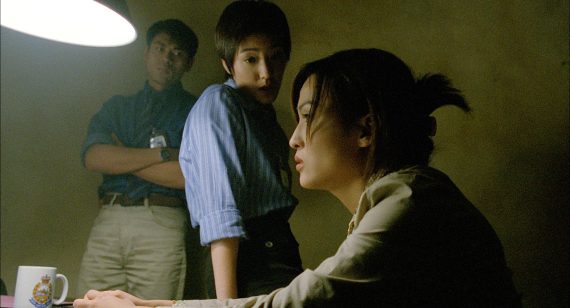 I enjoyed Full Alert a lot, but I have one criticism and that’s that the film is rather generic, in essence. It’s full of police thriller cliches as it rattles through its familiar premise.

However, the film manages to stand apart from many similar titles for a number of reasons. For one, though the film can be quite stylish, with its often atmospherically-lit interiors, the violence here is not glamorized. It’s tough, grim and the psychological effects are discussed in the film. “The guilt of murder”, to quote Lam in his commentary, is the key theme and is used to create a link between the hero and villain. The film explores how it’s actually very difficult to kill someone and the psychological repercussions can be powerful.

This mirroring of cop and killer is not 100% original either (The Killer springs to mind immediately) but it’s well handled. In one scene, when Pao talks to Kwan in prison, each character’s reflection can be seen in the other’s close-up, creating a visual parallel. The depth of this is aided by a pair of excellent performances too. Ching Wan Lau expertly builds his character’s frustration throughout the film, as well as his inner demons. Francis Ng, meanwhile, is suitably cold and cruel, without ever veering into pantomime. The turmoil his character goes through for killing the architect (his first victim) is nicely portrayed too. 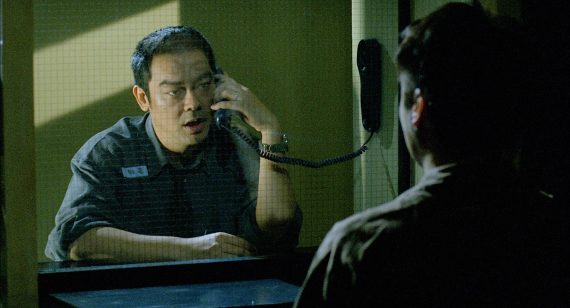 The 1997 handover of Hong Kong also plays a part. The unease many Hong Kong citizens felt in the build-up is mirrored in the film, without being overplayed. There are a couple of small references to the event but none that rub your face in it.

Away from any themes or messages in the film, Full Alert works brilliantly as a straight-up piece of entertainment. It’s tautly constructed with very little superfluous material and an intense atmosphere throughout.

There are some excellent set-pieces too. I was particularly impressed by the central car chase through the streets of Hong Kong. Lam claims these and other street scenes were shot on location without permission (as well as the race track sequences towards the end), because it was difficult to obtain and Lam liked having the unpredictable, natural background action in shot. The actual actors were behind the wheel in many of the driving shots too, making for a more believable and thrilling experience. 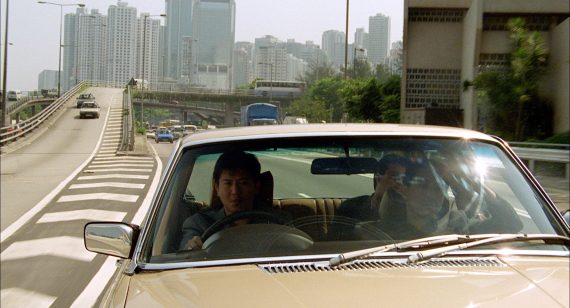 Overall then, Full Alert may not break any new ground and has its fair share of cliches but does a fantastic job with the material. With stylish yet gritty execution, strong leads and plenty of excitement along the way, it’s a fine example of the cop-thriller genre.

Full Alert is out on 29th November on Blu-Ray in the UK, released by Eureka as part of their Eureka Classics series. The picture quality is fantastic. It has a wide dynamic range, a sharp image and natural grain. It sounds great too.

Frank Djeng’s commentary is, as usual, crammed with facts about those involved with the film as well as the locations used and any cultural aspects that might have been lost on Western audiences.

Lam’s commentary is frustratingly sporadic, though he has some illuminating things to say about the production when he does choose to speak. As such, I’d have preferred a condensed, selected scene commentary but what we have is still worthwhile.

The interview with Peter Lam is an enjoyable listen, running throughout most of the film like a third commentary. He talks about his career, influences and inspirations behind particular cues. He spends a lot of time talking about his score for Throw Down and not a huge amount about Full Alert, but it’s a fascinating interview nonetheless.

I haven’t yet been sent a copy of the booklet to comment on that, but Eureka’s booklets are generally valuable additions to their releases.

It’s an excellent release then that comes highly recommended. Let’s hope Eureka continue to polish up the work of Ringo Lam. An ‘On Fire’ boxset perhaps? Pretty please…