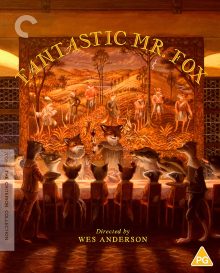 Adapted from the original book by Roald Dahl, Fantastic Mr Fox (2009) is an enjoyable watch for adults and kids alike. Directed by Wes Anderson (Isle of Dogs, 2018), this is a delightful film for people of all ages, with enough wit to engage an older generation, alongside colourful characters that will appeal to children.

This animated adaption uses traditional stop motion animation as opposed to the more popular computer-generated films we see so often. In doing this, Wes Anderson gives a distinctive look to this film, very in keeping with the quirkiness of Roald Dahl’s stories.

The narrative focuses on ‘Mr Fox.’ (Voiced by George Clooney, Ocean’s Eleven, 2001) a sly, former chicken stealer who wows to go ‘straight’ after finding out his wife (voiced by Meryl Streep, The Devil Wears Prada, 2006) is pregnant with their first pup.

Wanting more out of life, Mr Fox moves his family out of the hole they currently live in, to a tree over ground, opposite a tempting trio of poultry and cider farms. Unable to control his natural wild urges, Mr Fox plans ‘just one more job,’ a heist of all three farms concurrently. In doing so, he gets more than he bargained for, putting not just himself and his family in danger, but the whole of the local wildlife. 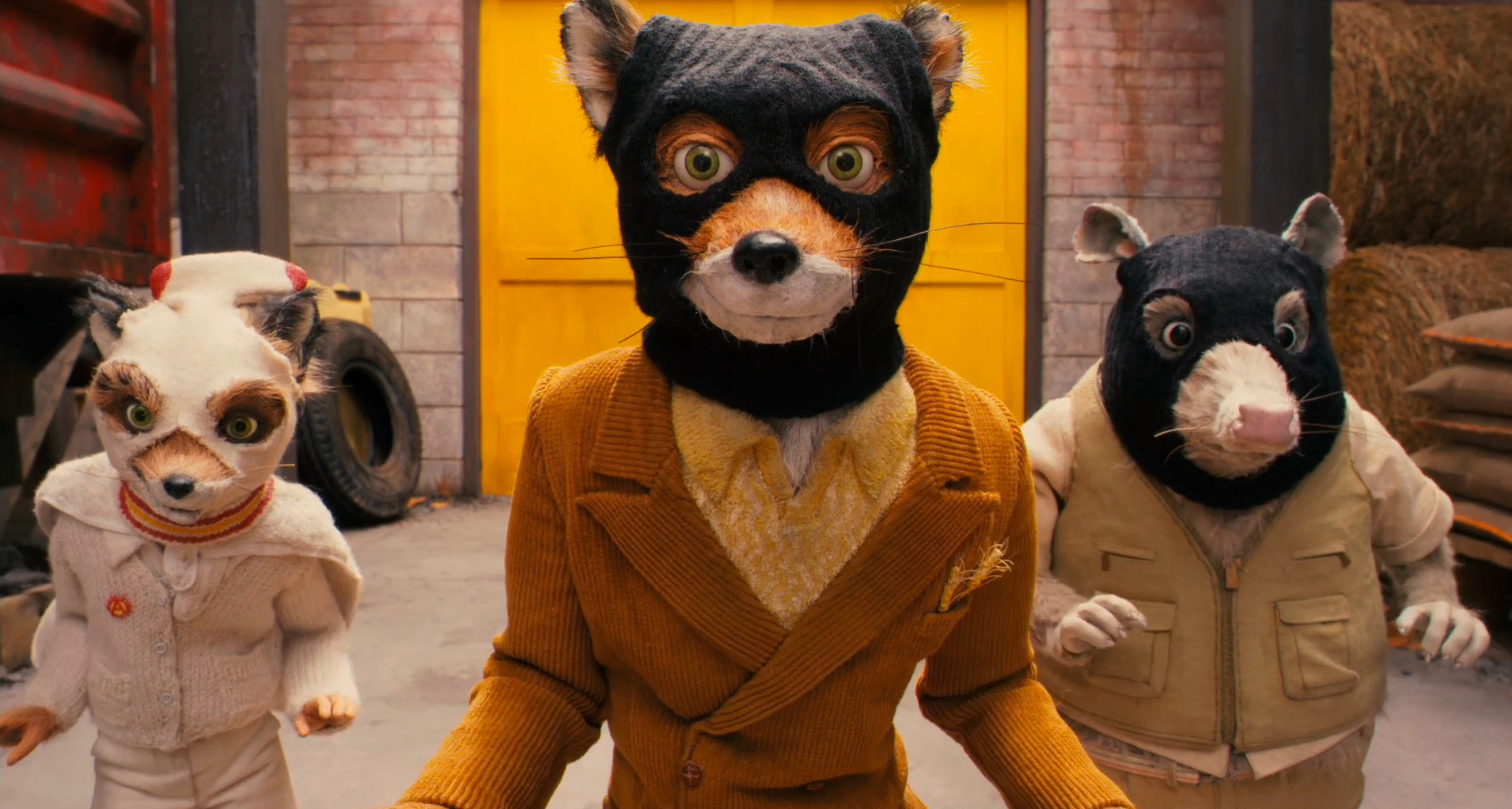 With each of the three farmers, Boggis, Bunce and Bean gunning for blood, can Mr Fox save the oppressed animals from the devastation caused by his foolish actions? Will they ever get out of the sewer and find their way to freedom again? Not if Bean has his way. Leading the others, Farmer Bean employs a breadth of different tactics (most involving explosions and destruction) to ensure that Mr Fox and his animal buddies have nowhere to go.

Whilst the story is largely the same as the book by Roald Dahl, the message is somewhat lost. The darker element of human destruction that runs through the book, is hidden amongst the light-hearted and comical feel of the film. This didn’t bother me, but I can imagine some fans of the book being put off by this typical Americanisation. That said, you still find yourself siding with the animals rather than the farmer victims.

One of the things I particularly like about this film are the distinctive character traits of each of the main characters. Quirky attributes such as Mr Fox’s whistle and click and Rat’s, ‘West Side Story’ demeanour, make each character come to life. At times you can almost forget it’s an animation and not real-life characters. The success of this is attributed to Anderson’s strong direction, the cast voiceovers, and of course the array of animators and puppeteers involved in the making of the film.

It is clear from watching the extras on this Blu-ray that when writing and directing this film, Anderson had a very clear vision of what he wanted. Every scene, camera shot, and puppet is carefully thought out as if he was filming a live-action film. It is this clear vision, which leads to the overall success of this film. Nothing is left out, right down to the animal’s fur blowing gently in the breeze.

The cast do an amazing job at voicing each character. It is no surprise that George Clooney was asked to voice the sly Mr Fox. He gives just the right level of charm and control to the character and the heist planning scene could have been taken straight out of Ocean’s Eleven. Meryl Streep also captures Mrs Fox’s sweet but worldly character. All other actors (there is a host of names) Bill Murray, Michael Gambon, Jason Schwartzman, and Jarvis Cocker, to name a few, all help to make each character three dimensional. However, my favourite is Willem Dafoe as Rat the security guard. Dafoe captures this traitorous villain’s character perfectly. 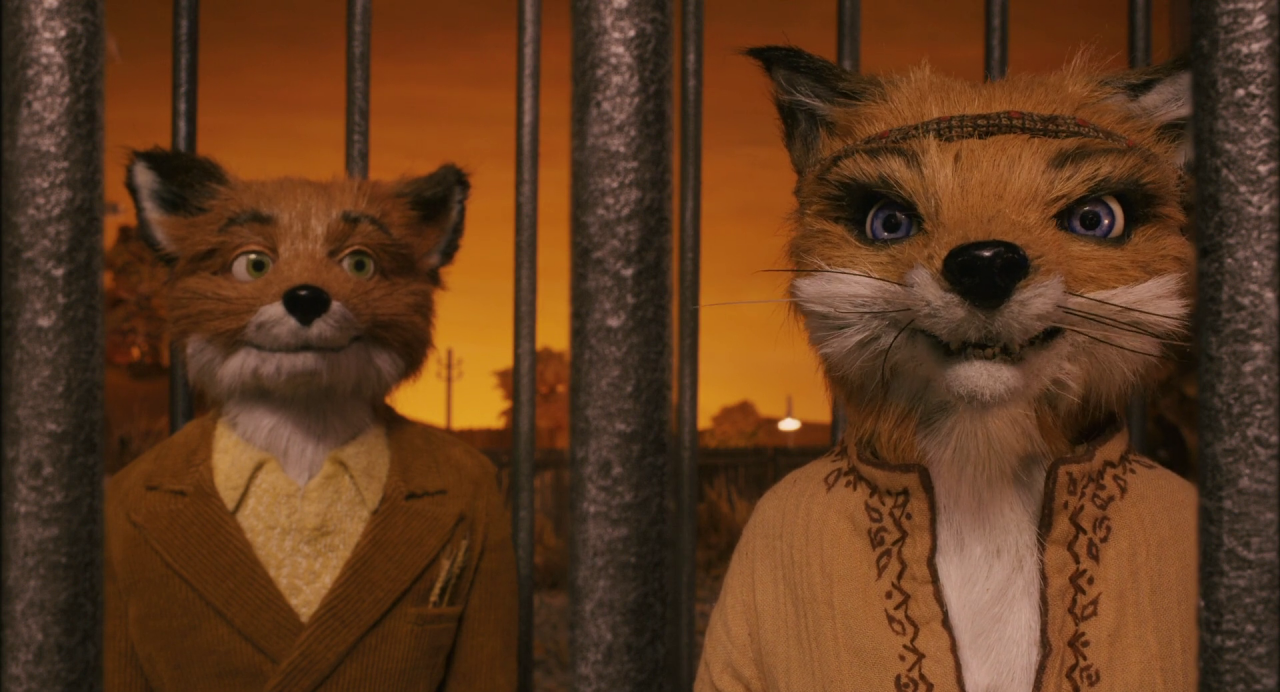 Alongside the Blu-ray of the film, this newly released version comes with some great extras. At only 5 or 10 minutes a time, each of the short ‘behind the scenes’ extra’s, gives a concise and interesting look at how this film was created. We get a good glimpse at how Anderson’s vision for this film was born, starting with him living in Roald Dahl’s house whilst writing, moving on to how Anderson was influenced by the surrounding objects and countryside and how this vision was then put together from photos and drawings, to become the final film.

If you are interested in animation or just want to know more about how the puppets were created and manipulated for each frame, there are some brilliant short extras that explain this slow but integral part of the animation process. There is also a great chance to watch the actors in action as they voice each part. The outside shots with George Clooney are particularly amusing.

Overall, this release has a nice collection of extras alongside a pleasant and inspiring animated version of one of Roald Dahl’s classics. With jokes for both the adults and the children, it makes for a great Sunday afternoon’s family viewing. I would recommend a watch.

Fantastic Mr Fox is released on Blu Ray by Criterion Collection with the following special features: