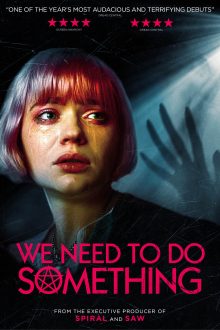 As a tornado approaches, a family shelters in their bathroom to wait it out. When the unthinkable happens and they become trapped with no means of escape, they begin to realise that the cause of their entrapment might not be entirely of this world…

Every once in a while a film comes along that catches me off guard – I go in not expecting too much and come away with something that I can’t stop thinking about days later, that I revisit portions of to experience again and try to understand more. We Need To Do Something is one such film, a horror story largely shot in a single location which blends elements of disaster movie, family drama and, dare I say, cosmic horror to great effect and makes use of its clearly small budget. It’s easily one of my biggest surprises of the year. 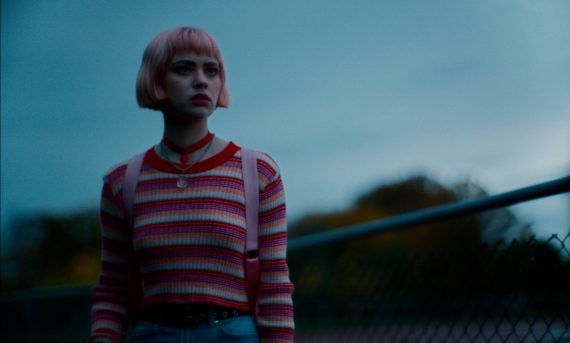 Based on the novella by Max Booth III (who also writes the screenplay) We Need To Do Something is one of those films that starts as one thing and ends up being something else. It’s clear from the opening scenes of the family gathering in their bathroom shelter that not all is well. Daughter Melissa (McCormick) is panicking, trying to get hold of her girlfriend Amy (Alexis) while Mother Diane (Shaw) and Father Robert (Healy) are being pointedly passive aggressive with one another, Robert constantly suspicious of his wife’s phone activity. It’s only innocent son Bobby (Cronin) who seems blissfully unaware that anything may be wrong – this opening scene sells the family dynamic so well and the film hits full throttle from the word go and barely lets up for the next hour and a half.

It’s a credit to the small cast and the deft direction of Sean King O’Grady (in his feature debut) that they sell the horrors that proceed, bouncing through ideas of infidelity, alcoholism and isolation before heading into the more “out there stuff” – I won’t go into too much detail because there’s a huge risk of spoiling some genuinely intense and unsettling moments, as well as one scare that one hundred percent got me (and I like to think I don’t scare easily!) Sierra McCormick is becoming a bit of a rising star in genre films over the last couple of years thanks to turns in things like The Vast of Night and American Horror Stories, but the stand out performance here comes from Pat Healy as the alcoholic, abusive father, Robert. It’s a gonzo turn that frequently feels like it could go over the top, but the sheer threat that this family is trapped in one room with a person who could genuinely do them harm keeps things on a knife edge. 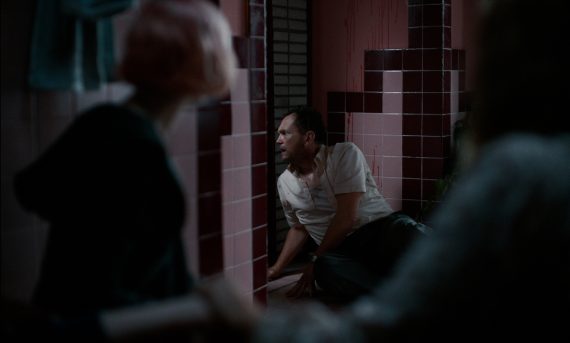 Robert is really the closest thing the story has to an antagonist mainly because O’Grady keeps the horror largely in the “it’s what you don’t see that scares you” category, with unseen “things” tormenting the family outside the bathroom. There’s a degree of ambiguity about whether what they are subjected to is one hundred percent real, or if it’s the result of their unraveling minds, but the unseen threats and descent into insanity plays out to an almost Lovecraftian level, especially in the final act when the claret finally begins to get spilled in earnest and we get to see some excellent practical effects.

It doesn’t always work, though – flashbacks to Melissa and Amy before the storm which build a partial back story feel slightly unfocused and don’t always feel like their working the way the director intended them to – instead of planting seeds to feed the ambiguity of the main storyline, they just add to the confusion with their own ambiguities. It’s a minor gripe from me, though, and the film should hopefully find it’s audience in those who enjoy weird and intense horror. It’s by no means a fun time at the movies and is ultimately a very bleak tale, but We Need To Do Something feels like a great calling card for O’Grady – I’d love to see what he can do with a bigger budget! 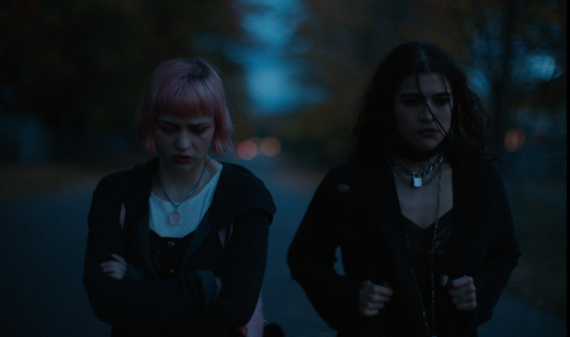