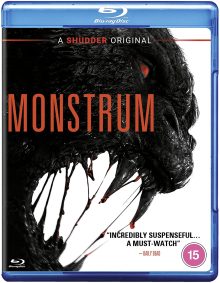 Huh Jong-Ho’s film, Monstrum, is apparently based on historical events that were recorded in ‘The Annals of the Joseon Dynasty’, whereby in, 1506, King Yeonson was dethroned by opposing factions making Jung Jong the Kingdom of Josen’s new king. However, the officials, who put Jung in power, later decide to turn against him, sending the nation into turmoil. This film is a fictionalised representation of that period of history; or I’m guessing it is since it has a whopping big monster in it!

The film starts with a plague that’s ravishing the land, believed to have originated from some kind of monster animal unleashed by the king; a rumour that the clearly scheming prime minister is only to happen to encourage. (Mmm, this is already sounding quite topical!) The king, sensing the rising panic amongst his people, goes out secretly to a remote hamlet to find his previous – and now forcibly retired – general, Yoon Gyeom (Kim Myung-Min), to help him root out the evil from his community and its environs. Joined by his adopted daughter, Myung (Hye-Ri), his right-hand-man, Sung Han (In-Kwon), and a young royal court officer (Woo-Shik) – who later falls in love with the general’s daughter- Yoon sets out to find and defeat the mysterious ‘Monstrum’, as the people are calling it. 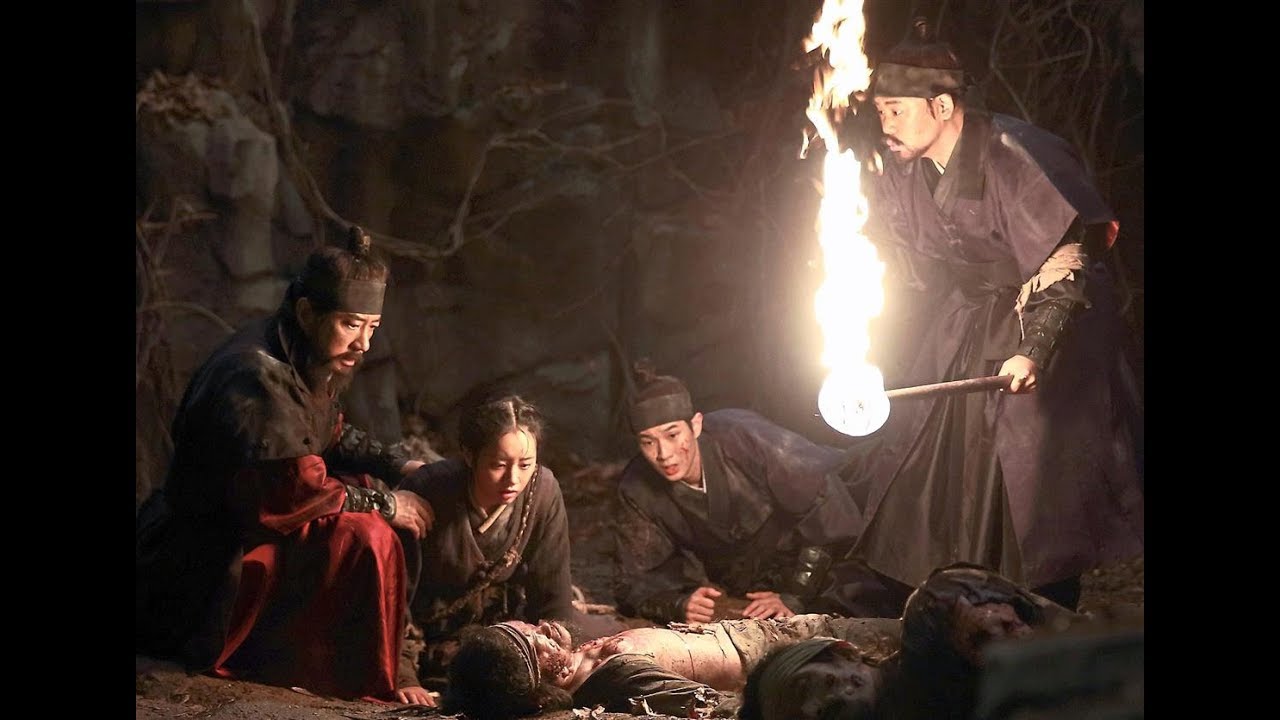 Ripped up and disease-riddled bodies are turning up in large numbers, but Myung, who has some medical training, suspects that not all the bodies were dismantled by a creature and that some have been killed and dismembered by humans. As the plot thickens our heroes find themselves in deep water not only with the mutant creature, but also [Spoiler alert] with the prime minister’s own army, who seem to have their own agenda to follow…

Director Huh Jong-Ho does a good job of keeping things interesting and pacey, and the acting, in the main, is good. In-Kwon remains just the right side of annoying playing the general’s mate and comic foil, Sung-Han, and even the monster, when it finally emerges from the shadows, brings with it a certain amount of pathos and one actually feels sorry for it, despite its nasty habit of eating people or, if their lucky, giving them a bubonic plague kind of bacterial infection! The cinephotography, by Kim Dong-Yeong, is, for the most part, excellent, and the music score, by Mowg, more than does its job and is quite memorable. 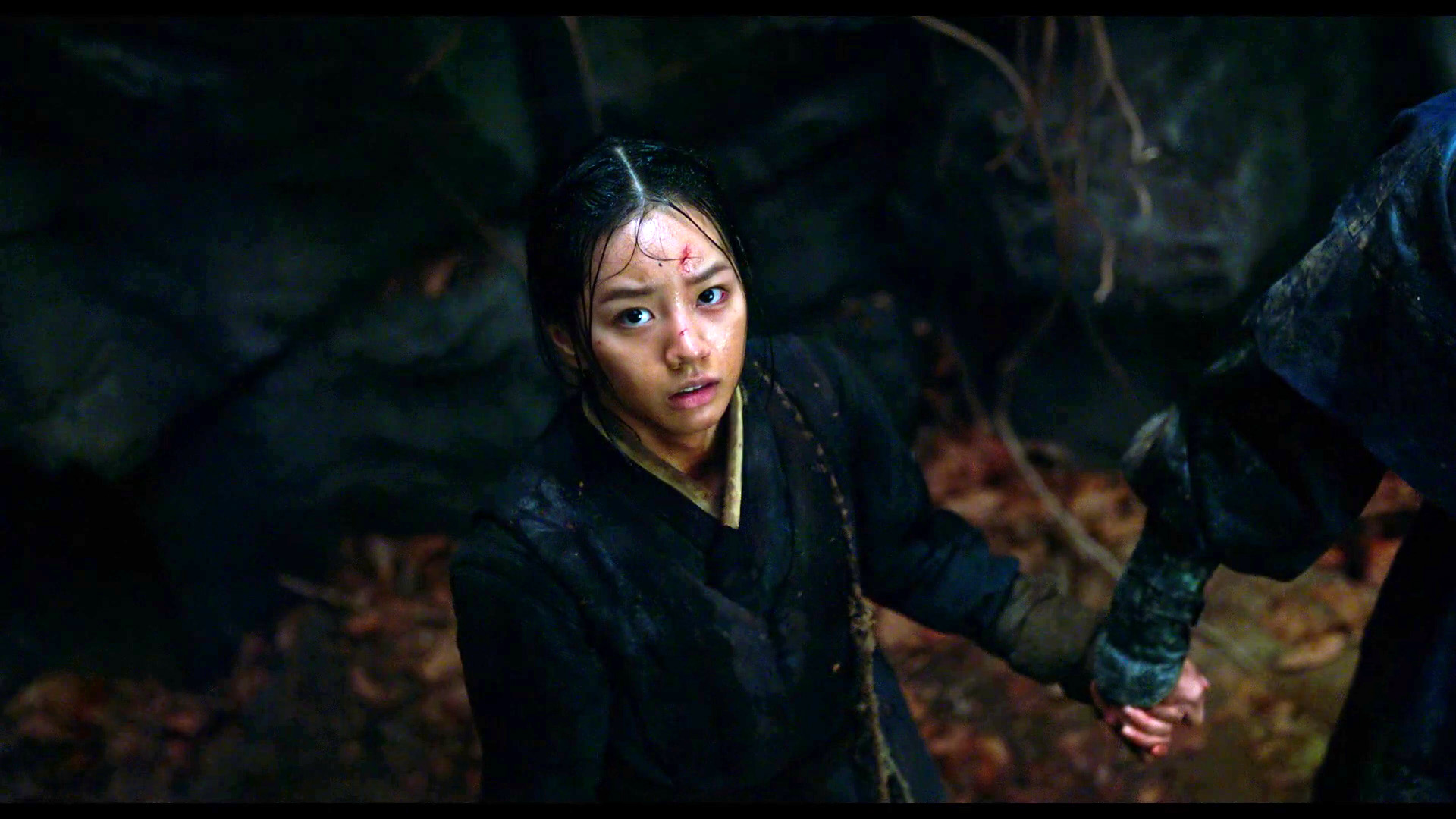 I thought Monstrum had a similar vibe to one of my favourite French films, namely The Brotherhood of the Wolf, and the writers, Huh Jong-Ho and Heo-Dam, are to be commended for keeping the story just the right-side of being plausible. Plus, I really liked the creature itself, as it looked suitably gnarly, with festering sores all over its body, but most importantly, it had a bit of a personality, which is the way all ‘monster kids’, like myself, want our cinematic monsters delivered.

Hence, if you’re a fan of historically-based monster movies, with more than a hint of detective story running through them, then there’s a lot to recommend about Monstrum. And, if you enjoy a bit of martial arts and sword-fighting mayhem thrown into the mix too then you’ll probably be in seventh heaven. 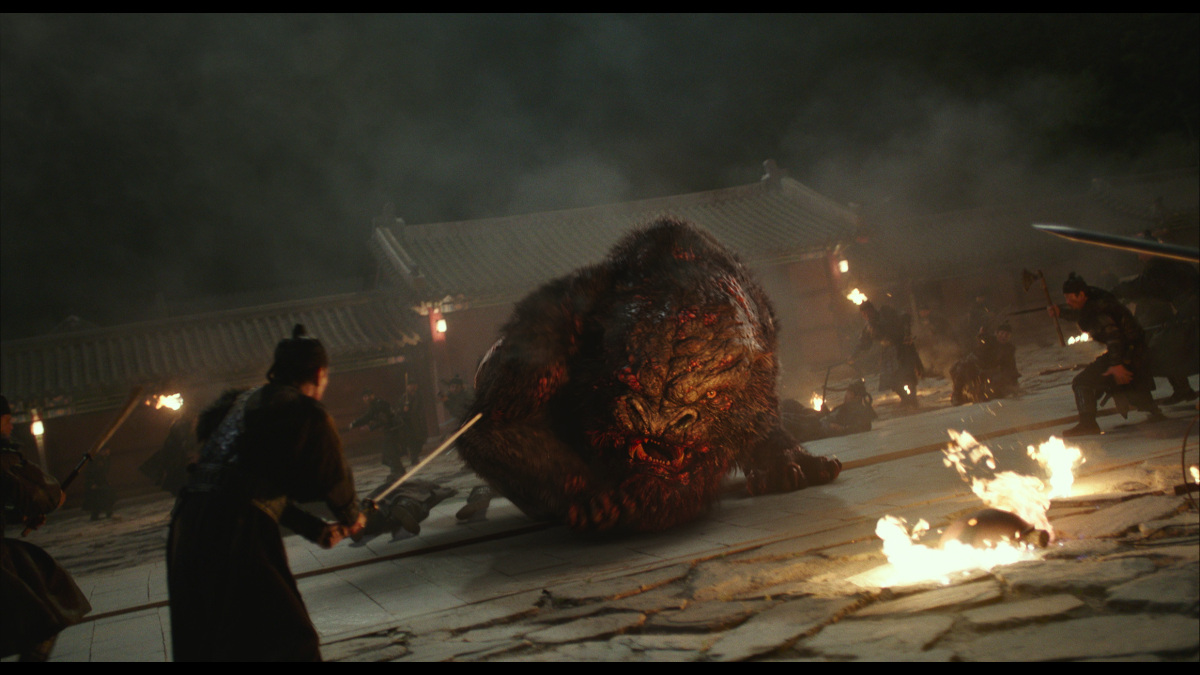 Shudder is distributing Monstrum on Blu-ray. Unfortunately, there were no special features on the disc I received. It would have been nice to have had some kind of ‘making of’ documentary to accompany this film, for sure. 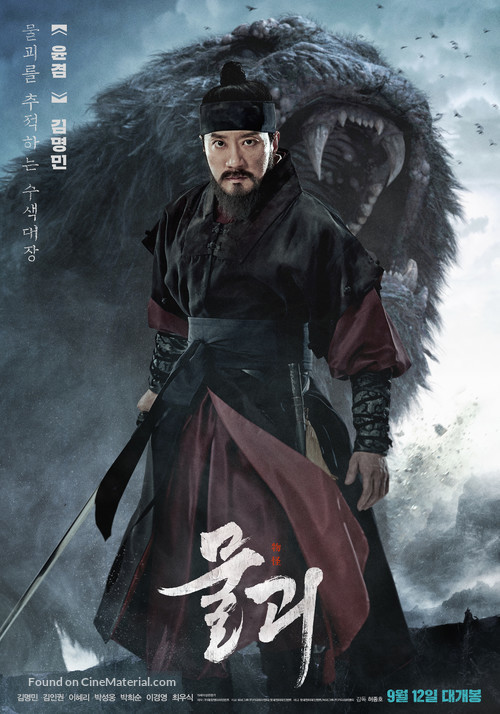