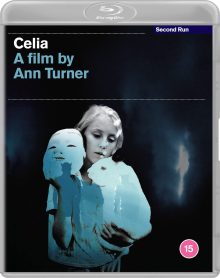 In the 1950s, Australia was facing a massive rabbit problem, with the animals becoming a genuine pest, causing damage to crops and the environment due to the overpopulation of this invasive species (brought to the country by European settlers). The government responded in shocking and misguided ways, purposely spreading a horrific disease, myxomatosis, among the creatures, as well as ordering pet rabbits (which had nothing to do with the wild pests) across the country to either be killed or sent to the zoo.

Filmmaker Ann Turner came across a newspaper article in the 70s about the whole affair and saw what was dubbed the ‘rabbit muster’ as a wonderful metaphor for the way governments behave, trying to solve one problem with another problem, causing a bigger mess (the Hobyah fairy tale told in the film provides another metaphor for this). So she began work on a script about the subject.

In her research, she also realised that strong anti-Communist sentiment was still prevalent at the same time and saw the way this spread and made people and the government act as nicely mirroring the rabbit problem. Thus, Celia was born, at least on paper.

It took a long while to get the film produced after writing the script in the early 80s. Even after winning an Australian Writers Guild award for Best Unproduced Script in 1984 it took Turner another three years to get backing, let alone get it made.

Once Celia finally saw the light of day in 1989, it received considerable critical praise but, unfortunately, that didn’t translate to box office success. This was largely because no one knew how best to market this unusual film that is told from a child’s perspective but focuses on adult subject matter and could be seen as a horror film but equally a straight-up period drama. In the US it was titled ‘Celia – Child of Terror’ to fully embrace the horror aspects, but gore and jump-scare loving genre fans were likely sorely disappointed with what they found. 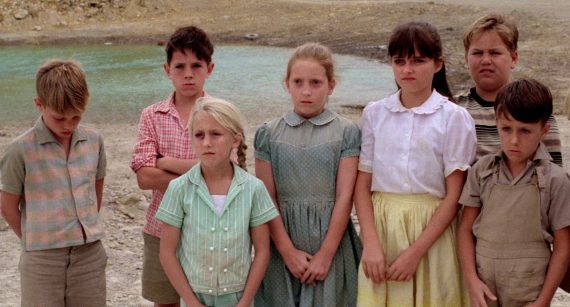 Over the years though, the film’s reputation has grown and it’s now considered a lesser-known modern classic of Australian cinema. After having released Celia on DVD back in 2009, Second Run have polished it up once again and are bringing the film out on Blu-ray in a newly restored form with some added extra features. I’ve not seen Celia before but it sounded like my kind of thing from the press material, so I gave it a look.

As alluded to in my introduction, Celia is set in Australia in 1957 during a time when the public were worried both about the overpopulation of wild rabbits and the lurking menace of Communists living in the country.

The titular character (played by Rebecca Smart) is a 9-year-old girl who loses her beloved grandma at the start of the film and is also left devastated when she doesn’t receive the pet rabbit she desperately wants for her birthday.

Around the same time, some new neighbours move in, the Tanners. Celia befriends the family, warming to the mother, Alice (Victoria Longley), as well as her three children. However, the Tanners are revealed to be Communists, so Celia’s father, Ray (Nicholas Eadie), despite (or possibly because of) having an attraction to Alice and the fact his own mother had Communist leanings, forbids his daughter from spending time with the family. 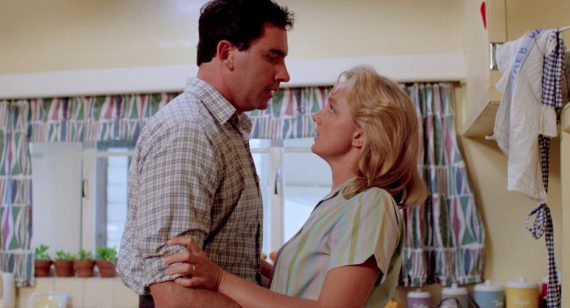 Ray buys Celia a rabbit as consolation, but that doesn’t stop her from secretly meeting with the Tanners. As the situation gets more complicated, the government’s response to the rabbit problem mounts and Celia finds herself persecuted and confused by the adult world around her. She often finds herself retreating into a fantasy world due to this, fuelled by the grim fairy tale of the Hobyahs that she hears in school.

Celia is a film rich with substance. There are multiple readings that can be taken from it. On top of the parallels between the government’s handling of the rabbit muster and the Communist witch hunts mentioned previously, the film can be read as a feminist work. It takes a refreshing female perspective to that period of history, not only through Celia’s eyes but in focussing on other strong, pivotal female characters (Alice and Celia’s mother Pat) and their relationships with their male counterparts. Celia herself doesn’t conform to traditional feminine stereotypes either and openly rebels against a patriarchal society, even if she’s not knowingly doing it in the name of feminism.

There is some commentary on corporal punishment too. Celia and her schoolmates are violent to one another (and some adults) but we’re shown parents and other authority figures striking the kids and murdering animals, suggesting they’re only doing what they’ve been shown is acceptable.

There’s a straightforward coming of age theme too, of course. Celia is young but is having to face the realities of an unfair world that’s filled with tragedy and disappointment. The film opens with the death of her grandmother and that incident casts a shadow over everything, presenting a story of how a child reacts to their first experience of grief. She relies on fantasy to cope, as her parents offer little support. 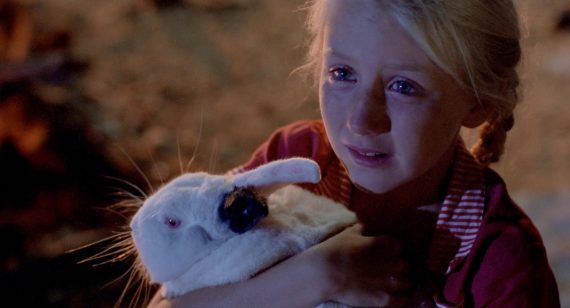 You could argue Turner is trying to say too much in her film, but most of these themes are unified in showing abuses of power or, perhaps more accurately, poor decisions made by authority figures that don’t solve a problem, instead making more of them. There’s also an overarching general theme of exploring the ‘horror of suburbia’, in the words of one of the documentary’s contributors.

It’s all handled sensitively too, despite some shocking and frightening sequences. This is largely due to the way Turner presents wonderfully three-dimensional characters throughout. There are no simple heroes and villains. Even Celia does some nasty and unforgivable things and her dad, though coming across as cruel at first, has his reasons and shows love and fragility too.

The film thankfully doesn’t take political sides either, instead focussing on the importance of accepting different values and beliefs, allowing people their freedom (some of the Communists in the film describe how they weren’t allowed to leave the party). It doesn’t labour this point though to ever become moralistic. 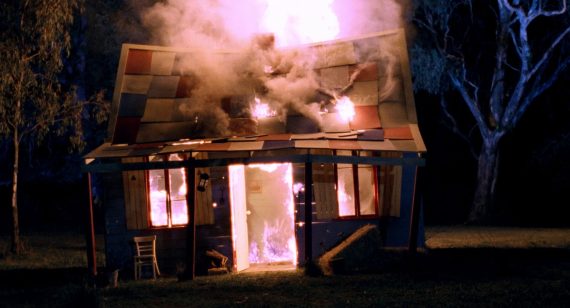 The story is compellingly told too – it’s far from a dry think-piece. The brilliantly realised and creepy fantasy elements and relatable coming-of-age aspects make the film work as entertainment as much as it does a thoughtful examination of any particular themes. It can be deeply moving at times too, without ever feeling manipulative or sentimental.

So, there’s quite a lot to unpack in Turner’s unsettling drama but it remains a riveting experience. As such, it’s a film I’m already keen to watch again and one that greatly benefits from the decent volume of supplemental material on this release. Hopefully, it’ll continue to find a bigger audience.

Celia is out on 18th October on region-free Blu-ray, released by Second Run (they also released a DVD edition a few years back). The picture quality is immaculate. Colours are rich, damage is non-existent and grain is naturally presented. The audio is pleasing too.

– Presented from a new 2K restoration by the National Film and Sound Archive of Australia.
– Celia’s World (2021): a new, exclusive and expansive documentary on the film’s background and legacy made specially for this release by director Ann Turner.
– A filmed interview with Ann Turner.
– There’s Something About ‘Celia’ (2021): Alexandra Heller-Nicholas, author of 1000 Women in Horror, in conversation with Maria Lewis at the Australian Centre for Moving Image, Melbourne.
– Extensive image gallery.
– Booklet featuring essays by film historian Michael Brooke and Professor Joy Damousi, and ‘The Hobyahs’, a traditional folktale featured in the film.
– Region free Blu-ray (A/B/C)
– World premiere on Blu-ray.

The ‘Celia’s World’ documentary, which runs for around an hour, explores the themes and context of the film’s setting through interviews with people (almost solely women) pivotal in Turner’s research for and writing of the script. There are some fascinating and very personal stories about life as a child with Communist parents in 50s Australia, those affected by the rabbit muster and general memories of growing up back then. The documentary ends with the contributors analysing the film within these contexts and other themes. It’s a wonderful piece that helps you greatly appreciate what Turner is trying to say and depict in Celia.

Turner’s interview provides a potted overview of her inspirations behind the film and how it came about, as well as how she got into filmmaking in the first place.

The Q&A allows Alexandra Heller-Nicholas and Maria Lewis to discuss the film and why it’s important. It’s not a deep analysis but offers another interesting conversation to the set.

The booklet covers a lot of bases too, with Michael Brooke providing a decent overview of the film and how it’s been read and received over the years, whilst Joy Damousi runs through some of the contextual analysis covered in ‘Celia’s World’. The full ‘Hobyahs’ story is a great inclusion too.

Overall then, it’s a thoughtfully compiled release of a gem of a film that’s ripe for rediscovery. Highly recommended.