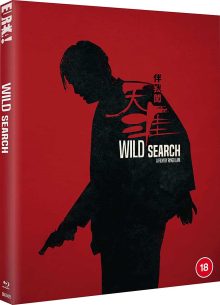 Ringo Lam started his career directing a handful of comedies, ending with Aces Go Places IV, which was a big success and allowed Lam to dictate his own follow up. He chose to make City on Fire, a tough, gritty crime thriller that was a critical and commercial success, leading to Lam becoming one of Hong Kong cinema’s premiere crime/action movie directors during the 80s and 90s, alongside contemporary John Woo.

City on Fire also marked the start of a fruitful relationship between Lam and Chow Yun-Fat, who had turned heads the previous year in A Better Tomorrow. The pair knew each other from acting school (Lam didn’t originally plan to become a director) so were good friends and they made a number of classic films together.

In the middle of these collaborations, after the three original ‘On Fire’ films (including Prison on Fire and School on Fire – none direct sequels to City on Fire but containing some thematic similarities), Lam and Chow made Wild Search. This loose remake of Peter Weir’s Witness isn’t quite as well known as City on Fire or Full Contact, but it was a reasonable success on release in Hong Kong back in 1989. 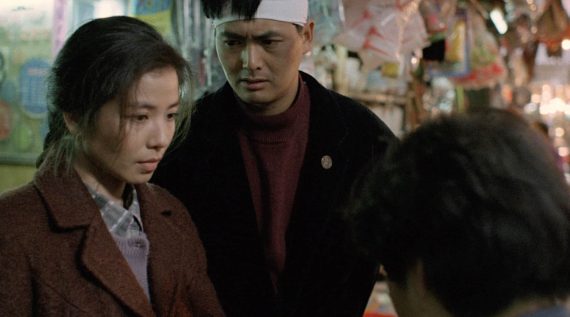 As part of their ongoing series of golden age Hong Kong action movies being released on their Classics range, Eureka are putting Wild Search out on Blu-ray in the UK. It’s a title I must admit I hadn’t seen before, so I got hold of a copy to see how it compared to my favourites of the era.

Wild Search sees Chow play Lau Chung Pong, a police detective who, at the start of the film, gets a tip-off about an arms deal. The raid goes sour though, with the dealers escaping and the female buyer killed. Among the mess is Ka Ka (Cheuk Yan Chan) the young daughter of the buyer.

Lau takes Ka Ka to her family, leaving her in the care of her auntie, Cher (Cherie Chung), who lives outside the city. Working with Cher to try and find out more about her sister to crack the case, Lau grows close to her and also becomes somewhat of a surrogate father to Ka Ka. 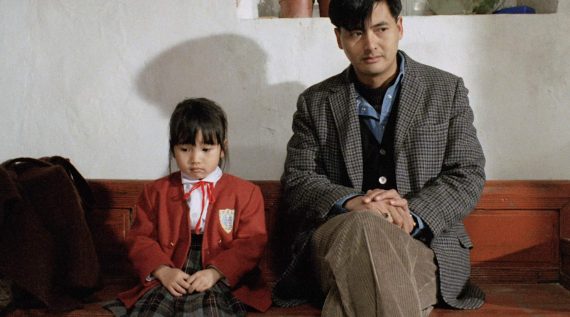 Whilst Lau and Cher’s relationship develops, the detective tracks down Mr Chung (Paul Chun), the dead woman’s former lover and father to Ka Ka. Initially just wanting to get him to take custody of his daughter, Lau gets the suspicion Mr Chung is involved with something unsavoury, possibly the arms dealing ring he’s trying to stop.

As Lau gets closer to the truth, however, Mr Chung (who of course is involved with the arms dealing) puts pressure on him, sending his goons (led by the sadistic Roy Cheung) to take him out.

Whilst there are some similarities between this and Witness in the child witnessing a crime and romance blossoming between the detective and the child’s guardian, there aren’t a great many other connections. In Peter Weir’s film, a big deal is made of the cultural differences between the cop and the witness’ family (who are Amish), for instance, whereas in Wild Search the difference between the city dwelling Lau and Cher, who lives in the country, are fairly minimal and don’t play much of a part. 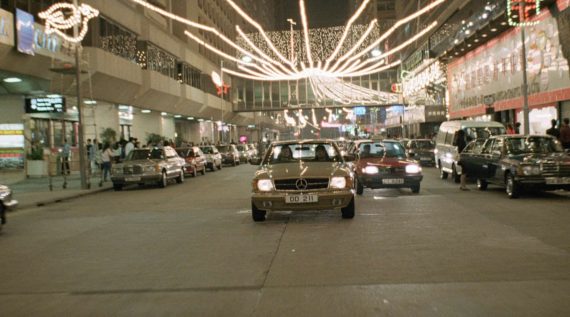 So, instead, Lam makes the concept his own and gives it a distinctively Hong Kong spin. Shooting seemingly exclusively on location, there’s an effectively natural sense of the city and country throughout the film. This gives it a gritty edge that brings to mind the tougher work Lam was previously more famous for, whilst, for the most part, Wild Search is more sentimental than his grim On Fire films.

This sentimental side is what makes Wild Search a little hit and miss. The chemistry between Cherie and Chow is strong (they’d already starred in four films together prior to this) and they share some sweet scenes together. For instance, there’s a nice moment at a road crossing where they see an overly affectionate couple and make some small tentative steps towards a physical connection themselves by holding hands. However, there are also some pretty corny diversions where Lam spends a little too much time developing the couple’s relationship, slowing the pace down with cheesy, light-hearted bonding sequences that add little to what the pair’s chemistry and key scenes had already achieved.

Similarly, though Lau’s connection to Ka Ka is touching, the child actress playing the girl isn’t particularly good at delivering her lines, so can be a little grating. She’s very young though, to be fair. Nothing really comes of her being the witness to the original crime either, which makes her seem a little superfluous. She recognises one of the criminals at the end but never tells anyone about this and Lau knows him by this point anyway. Plus, Mr Hung never goes after her to kill her either, as you might expect, her being the only witness. The only purpose Ka Ka serves is to bring Lau and Mr Hung together. 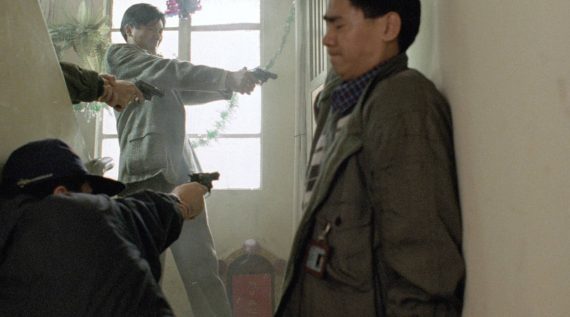 The film isn’t all made up of sappy sentiment though. There’s a healthy dose of action throughout and Lam knows how to shoot it. There are some impressive car chases and gunfights, as well as a spectacular fiery finale where you can see the film’s stars doing some rather risky stunts themselves. This is where the film really shone for me, though I did appreciate the extra stakes and drama brought from the central relationships.

So, whilst Wild Search has a few corny patches that slow things down in places, overall it’s a solid action drama with a reasonable balance between its two sides. It certainly deserves more recognition within the work of its star and director.

On a personal side note, I’m happy to see Eureka venture beyond the HK titles previously released by Hong Kong Legends on DVD back in the day as it helps me cross off some blind spots like this. I’d love to see an On Fire boxset in the future too, if anyone’s listening! 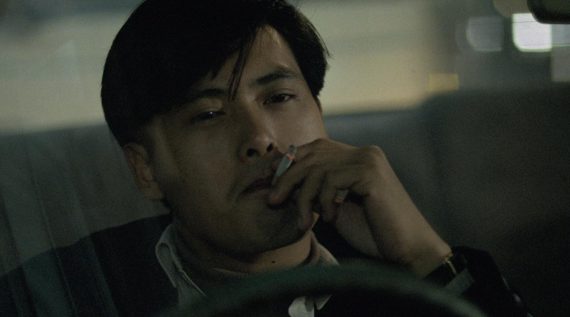 Wild Search is out on 19th July on Blu-Ray in the UK, released by Eureka as part of their Eureka Classics series. The picture quality is decent, with nice colours and a sharp, detailed image. I did notice the headroom was very tight in spots though (with tops of heads being cut off), which suggests cropping, but perhaps this was just how it was shot because, by all accounts, it’s presented in the correct aspect ratio. Audio is strong too and you get the choice of watching with the original Cantonese audio or the English dub.

Frank Djeng’s commentary, as usual, offers a nice mix of information about the cast and crew alongside the cultural and historical context of what’s happening on screen. I always find his tracks engaging and enjoyable, as his passion for Hong Kong cinema is infectious.

The Roy Cheung interview is pretty good too. He tells of how he started off as a model but got cast in small roles in a couple of films, including some for Ringo Lam, so got interested in acting and began to look for stronger roles. He ended up being a Lam regular so has a lot to say about the director’s approach as well as talking about working with Chow, who he also worked with numerous times.

The Simon Broad interview is a wonderful addition. It’s very extensive, running around an hour over much of the film like a commentary, discussing the art of film dubbing in the golden age of Hong Kong cinema. It offers a fresh perspective on a side of filmmaking that’s often derided. I found his reminiscences fascinating and enjoyable. There’s a short archive featurette on dubbing too, which is equally good, if rather brief.

The booklet contains an interesting essay on Lam’s 80s output and how he moved from the downbeat critiques of Hong Kong in the On Fire films to the more optimistic Wild Search.

It’s a decent set then, that fans of Lam and Chow owe it to themselves to pick up.