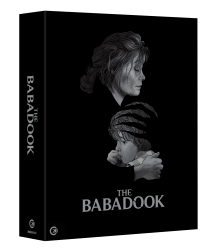 I can very much remember back in 2014 that the horror genre had been introduced to what were both critically acclaimed movies that had created a serious amount of buzz. David Robert Mitchell’s It Follows, and Jennifer Kent’s The Babadook. These two movies were the must-see horror releases of the year, it was however The Babadook that I recall hitting me the most at the time. Within the year of its release, I went to see Kent’s first feature-length film twice, but I have to be honest that since then I have never got around to revisiting it until now. There has been so much happening and released since 2014, that with Second Sight Films releasing The Babadook in 4K, it feels like the perfect time to return to Kent’s debut and see if it carries the same effect it did a few years ago.

Amelia Vanek (Essie Davis) is an exhausted widow who sadly lost her husband due to a car crash as he was driving her to the hospital to give birth to their only son Samuel (Noah Wiseman). She spends the majority of her time raising Samuel, working at a care home, and pretty much missing the normality of having a relationship with another man. As expected, Samuel is an extremely imaginative 6-year-old kid. He runs around with swords fighting monsters, he breaks stuff in the house, but always promises to protect Amelia from anything, he has so much love for her and is also aware of what happened to his father. Like many kids, however, tantrums and a test of patience come into play. There are scenes of Samuel screaming when certain things are not going his way, that for even the viewer who knows the emotions that Amelia is carrying, that these moments feel very intense. You can tell that Amelia loves her son so much, but you really feel for her throughout these situations.

One night during storytime before bed, Samuel picks out a pop-up book for Amelia to read that is titled Mister Babadook. A story about a top-hat-wearing monster with long arms that torments anyone that knows of its existence. It is from this moment on that Amelia and Samuel’s life is about to change forever. 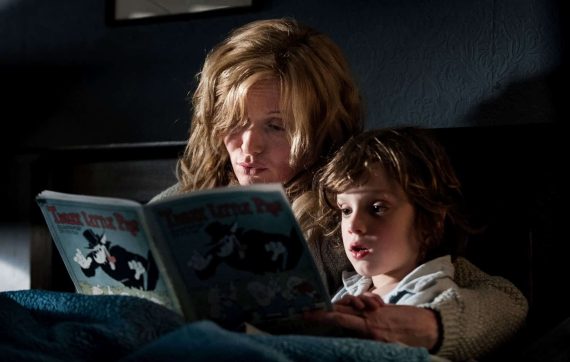 Revisiting The Babadook and seeing both performances from Essie Davis and Noah Wiseman throughout the entire movie is absolutely astounding. You just believe every emotion that they have for each other, it is genuinely impossible to fault. As is Jennifer Kent’s directing and writing. Kent is in my opinion one of the finest directors of our time. What she achieves within 94 minutes is just phenomenal. There are hints of David Lynch, Lars Von Trier,  and the Giallo genre. There is even a superb scene where Amelia is watching one of my favourite moments from Mario Bava’s Black Sabbath. Kent proves that she is an extreme cinephile, and it really shows. The Babadook is a stunning-looking film, and with it getting the brilliant 4K treatment this is the definitive version to see. The lighting, shadows, tone, atmosphere, it is all so beautifully structured. Then you have the screenplay, and Kent does not hold back. One moment as the tension keeps building, Samuel pushes one-two many buttons that end in a result of Amelia shouting back “Why can’t you just be normal?” these are the kind of words that the majority of parents would immediately regret saying out loud to their child, and this is just one moment of how striking Kent’s writing is.

One thing that really stood out after revisiting The Babadook was how much in common it had with another favourite movie of mine which is Ari Aster’s 2018 Hereditary. I never heard the comparison from another person, but between the direction, design of the house, the dealing of grief, depression, anxiety, paranoia, and even Essie Davis’s performance, which is pretty much on par with Toni Collette’s. I would love to know if Aster was influenced by The Babadook. Either way, they would make a perfect double bill. 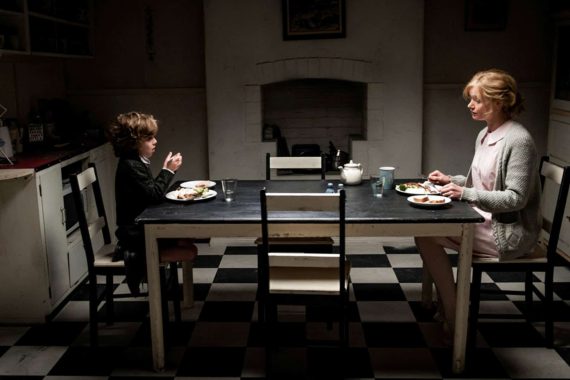 Interviews: There are a fine collection of interviews here with the cast and crew. Essie Davis discusses how working with Noah Wiseman came together, and hearing about The Babadook not really seen as a horror movie until the audience saw it at Sundance is really interesting. There is also a really cool interview with Alexander Juhasz who was the creator of the book. He goes into detail about the design of pop-up books in general which is rather fascinating. Jed Kurzel discusses the creation of The Babadook music score and his love for Giallo music in general. Personally, being a big music fan, and a lover of Giallo music, this was one of my favourite interviews.

They Call Him Mister Babadook: The Making Of: This is the kind of movie that I welcome a making-of feature. It comes in at a runtime of about 35 minutes and you really get to see the passion of Jennifer Kent. She goes into detail about the moment she realised that she can be a director, that it will be hard work, but she can do it. There is such a sense of calm and confidence that shines from her. There is a really touching part where she mentions the process of the story of The Babadook to Noah Wiseman one day at the zoo. That it is a story about the power of love and that he is the hero. Sadly this is the only feature on this release with Jennifer Kent which is unfortunate.

There’s No Place Like Home: Creating The House: Production designer, Alex Holmes gives us a 10-minute walkthrough of the house design and the color palates that he wanted to achieve.

Special Effects: Stabbing Scene: A very brief 3-minute extra about the scene between Amelia and Samuel and the process behind creating it.

The Stunts: Behind the scenes footage of the stunt choreography. Unfortunately, it does not show whole lot in this extra.

Monster: Jennifer Kent’s original short film: This is the 10-minute Babadook short and it so welcomed and a great addition to this release. Shot in black and white, you can really see the David Lynch influence here, especially Eraserhead because of the film grain. It pretty much tells the same story, but I have to say that Mister Babadook is really terrifying in this short. Loved that this is included.

A new audio commentary by Alexandra Heller-Nicholas and Josh Nelson: I have to honest and say that I was really hoping for a commentary with Kent to be included in this release. However, what we got here from Alexandra Heller- Nicholas, and Josh Nelson is really excellent. They both have incredible film knowledge and the facts they deliver about Jennifer Kent and The Babadook are phenomenal. The commentary is packed and never lacks. One of my favourites of the year so far. 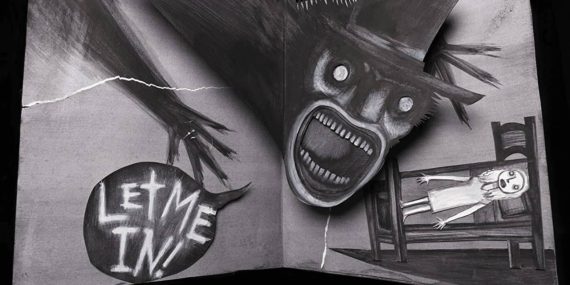 Second Sight Films have delivered an incredible package for one of the greatest horror movies ever made. The 4K quality is flawless that is then wrapped up with a load of excellent special features.

Let The Babadook in, this is essential.

The Babadook is released on 4K limited edition on the 26th of July from Second Sight Films.