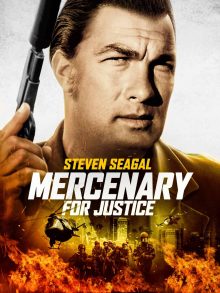 Originally released in 2006, ‘Mercenary For Justice’ is in the fortunate position of being able to still be classed as an actual Seagal film for the most part (even though it’s late on in his career and far from his heyday of more popular titles) before his output became predominately more so in name and brief appearance only for the benefit of further titles where his actions in fight scenes were more heavily choreographed to disguise his ageing abilities. The benefit here is that we still get to see him perform the fight choreography on screen with the patented fast hand techniques he’s known for. Whilst the run of his films from this period was almost exclusively direct to dvd and appeared on late night television, the formulas were familiar and the set pieces kept alive the excitement from similar moments in films done previously and so a viewer who wanted a specific experience with an action film would not feel disappointed by these releases and ‘Mercenary For Justice’ is a great example of this. It’s a tale of mercenaries and corrupt officials who are all out to double cross each other (sometimes confusingly so), get revenge and save the day by rescuing the hostages. Every opportunity they get there’s a one liner and yes there’s even a fight in a bathroom. 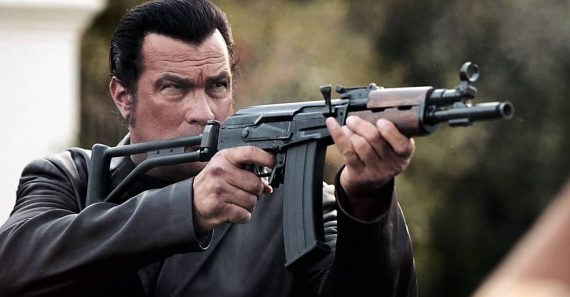 Action cinema in the late 90s and into the 2000s saw the loss of frequently successful theatrical releases from stars such as Swarchenagger, Stallone, and Willis (even though they still had films coming out they were pursuing other styles such as sci-fi thrillers, character pieces and a less entertaining Die Hard sequel) which saw a decline in the formulaic big screen outings as a new breed of action films were beginning to define the decade and more specifically their action heroes, such as the style of Jason Bourne where our hero was much more reserved and aware of his actions but outside of these, there was a rise in the number of films going direct to DVD that kept the well known spirit of the genre alive. This was rather a genius move and although it wasn’t new as a way to release a large amount of films without having to go through the high costs of marketing for cinema, it served the genre incredibly well as it maintained the desired financial effect and in some cases such as the commitment of Seagal fans it became more popular as a result.

Whilst a lot of film fans would immediately dismiss the Seagal output in the mid to late 2000s as pointless and not worthy of attention, it must be said that there was a level of hypocrisy from the general audience with the excitement that came around again for the action genre when ‘The Expendables’ came out in 2010 and the “revival” of old school action heroes gracing the silver screen once more. Whilst that point of view isn’t wrong as the ensemble piece brought several beloved action stars back to the big screen for blockbuster journeys, credit must be given to Seagal in that he refused to become irrelevant in the genre and kept the trend of 80s/90s films alive well into the late 2000s, even playing the villain in the Grindhouse resurgence film ‘Machete’ from Robert Rodriguez also released in 2010. 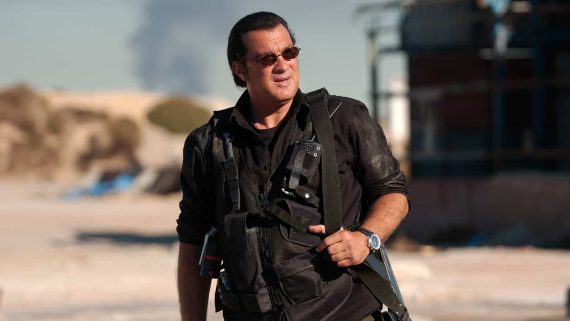 Back to the film itself, primarily set in South Africa, Seagal plays mercenary John Seeger who is recruited for an unlisted CIA mission that goes sideways and sees the loss of his closest friend. This then sets him on a path for revenge against those who set up the mission when the family he’s looking out for are kidnapped. Whilst it’s not the most original set up its perfectly serviceable and throughout its narrative it also pits Seeger against another group of mercenaries that he has to take care of and remove from the picture. If you’re looking for something original then this film isn’t it but what it does do is craft a fairly entertaining 90 minutes and if you want an action film that ticks all the boxes for a 90s feel and a late night television style then this is a decent enough watch. I could go into the fact that there are pacing issues and some bizarre choices for editing and transitions as well as having a few interesting choices of dialogue but when it comes to being something that’s purely for fun those elements don’t really seem to matter. A serious film this is not but as an output for the direct to DVD action genre market and one that still has Seagal performing a couple of fights (even though he can’t climb over a fence) it still works overall. 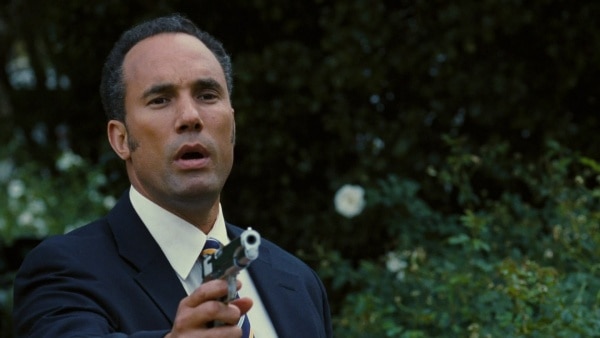 Alongside the business approach to making these films in droves, the cast and crew were also aware of it all and so they’d play to all the strengths of the genre and you can instantly tell that the actors involved are committing to all the stereotypes of their character styles within the genre. The best of all in this case is the villain of the piece Anthony Chapel (played by Roger Guenveur Smith) who sets everything in motion and his actions and his delivery of the dialogue quickly becomes the most entertaining element of the entire film and you can just tell that he’s relishing every moment of it. Ultimately if you’re going in with the right level of expectations then this film can be worth a watch with its revival on streaming and digital channels.