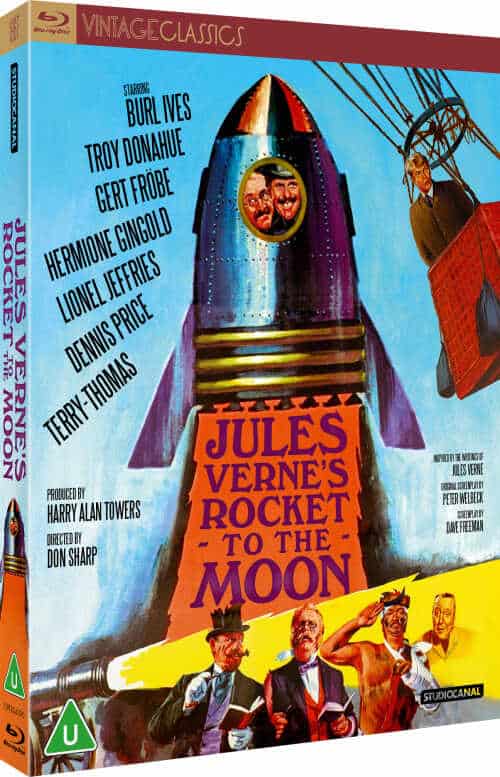 Further gravitas is added to this splendid period comedy as it is directed by Don Sharp (The Thirty Nine Steps, 1978). STUDIOCANAL release a brand-new restoration of this classic comedy adventure this year. It’s available for the first time on Blu-ray, DVD, and Digital format.

In England, Queen Victoria proudly opens the first house in the country to be fully powered with electricity, as she pulls the leaver to illuminate the house the dwelling immediately bursts into flames. It’s the golden age of the Victorian inventor, for her next engagement, Queen Vic opens the latest technological advance in bridge building. To her displeasure, the whole structure collapses when she cuts the ribbon. We discover that stinker, Captain Sir Harry Washington-Smythe (Terry Thomas) is behind the disaster, creaming off the profits by supplying sub-standard materials. 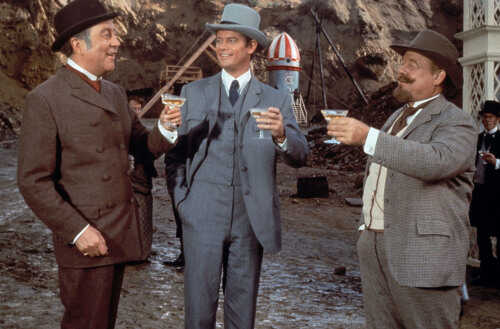 Meanwhile across the pond in the U.S.A. Phineas T. Barnum (Burl Ives) finds out via ticker-tape that he is a ruined man and escapes to Blighty in search of a new fortune. Having now lost his circus, The Greatest Show on Earth, to fire, P.T. Barnum takes his star General Tom Thumb (Jimmy Clitheroe) on his new venture. Once in England they are invited to a scientific lecture by Professor Von Bulow (Gert Fröbe) and discover a plan to build a rocket to the moon. Professor Von Bulow has invented a new explosive named after himself and plans to use it to power the moon rocket. Barnum tasks himself with funding the project, while he volunteers an uneasy Tom Thumb to be the pilot. When Sir Charles Dillworthy (Lionel Jeffries) produces his model rocket. Its design is quickly pulled apart as it will not fit in its launching cannon. Worse still, it is not able to return to the earth, so poor Tom Thumb will be left stranded on the moon. 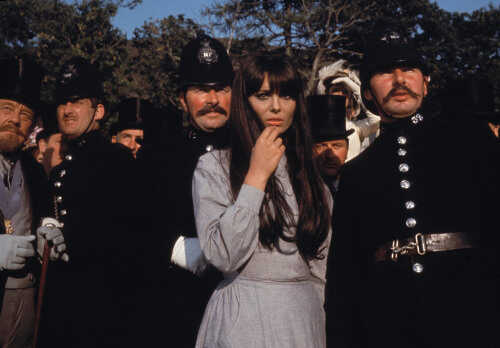 The stars are aligning, when Barnum meets Gaylord Sullivan (Troy Donohue) an American balloonist, their plan starts to come together. Gaylord has been chased from France in his balloon by wealthy Frenchman Henri (Edward De Souza). Gaylord has persuaded Madelaine (Daliah Lavi) to fly to England with him on the day she was to marry Henri. Gaylord becomes involved in the lunar adventure as he has designed a rocket ship with the capability to return to Earth. Henri offers to finance the production of the ship if Gaylord is the one to man it. 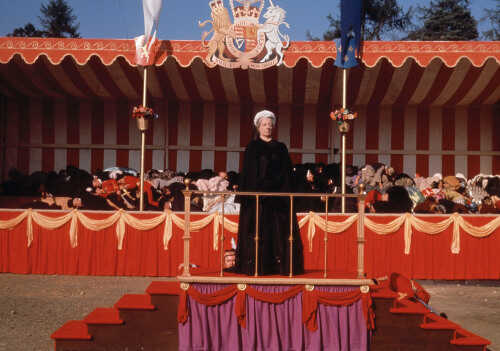 Dillworthy and his brother-in-law, Harry Washington-Smythe are furious at being pushed out of the project. They plan their revenge hoping to sabotage the voyage, but all does not go as smoothly as hoped. Jules Verne’s Rocket to the Moon is a delightful romp through the era of exploration, full of larger-than-life characters and scatterbrained schemes. This is one that’s bound to cheer you up in gloomy times.

This delightfully crisp and clear release is out on Blu-ray, DVD, and digital platforms on the 12th of April 2021.

There are some nice extras with the film including: 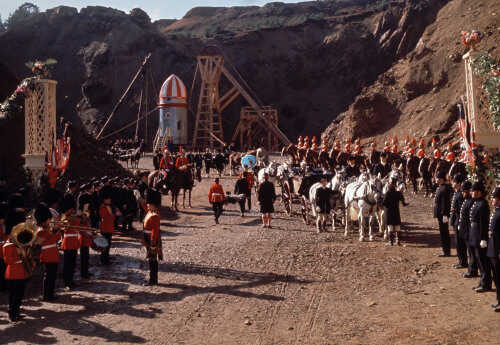 Jules Verne’s Rocket to the Moon is part of the ‘Vintage Classics Collection’ which showcases iconic British films, all fully restored and featuring brand new extra content. The collection includes Kind Hearts & Coronets, The Dam Busters, Don’t Look Now, The Lady Killers, Far From The Madding Crowd, The Wicker Man, The Man Who Fell To Earth, and many more.