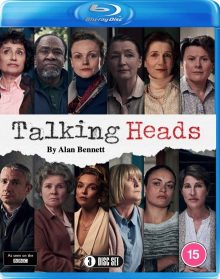 There comes a moment in each episode of Talking Heads where the camera slowly begins to track in towards its subject. The movement is slow, graceful, almost imperceptible…the one indulgence taken in a show made almost entirely out of static mid-shots. Yet when the camera starts to move, your stomach tightens slightly. Your pulse quickens. You know that there is going to be a revelation or a twist, something you didn’t see coming or maybe something that you did, but were hoping might not be true…

Then it hits you. You are watching a single actor. No one else. There is nothing extraordinary about the sets or the costumes. The camerawork, as mentioned, is almost entirely static and simple. There should be nothing extraordinary about Talking Heads because on paper, dare I say it, it sounds almost dull. One actor giving a half hour monologue to the camera? It might be interesting, in a detached, intellectual kind of way but it’s never going to riveting, is it? It’s never going to be exciting, shocking, funny, tragic or devastating. And then it hits you. Talking Heads is extraordinary because, despite its simplicity, it is all of those things and more. If you ever needed a reminder of the simple power of storytelling, then this show is for you. 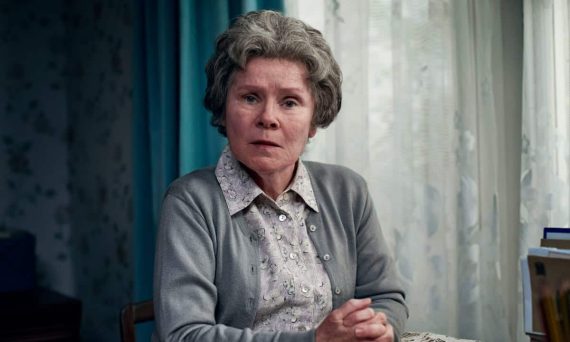 Of course, you are more than likely already aware of it. Talking Heads was originally broadcast over two series in the eighties and nineties, its cast being a veritable who’s who of British acting talent at the time (starring Julie Walters, Maggie Smith and Penelope Wilton, to name but a few). Critically adored (winning two BAFTA’S among dozens of nominations) the BBC decided to resurrect the show during last year’s lockdown. Ten of the original classic monologues have been reinterpreted by a brand new (but no less starry) cast, with the addition of two brand new monologues by the show’s writer, Alan Bennett. Unfortunately, two monologues from the previous series ( A Cream Cracker under the Settee and Waiting for the Telegram) could not be filmed due to the nature of the show’s unusual production during lockdown.

The premise of Talking Heads is staggeringly straightforward, with each episode being its own separate, self contained monologue, delivered by a single actor. They usually start off very simply. A character might be talking about having to change her chiropodist or how hard it has been to sell an antique table. You are slowly drawn into the monologue, which sometimes feels like listening to a next door neighbour’s gossipy anecdote, when suddenly the real story emerges and you find yourself completely hooked. If you think a monologue might sound rather dry and pretentious, be aware that Bennett’s goal is always to tell a great story first and foremost. In this regard he succeeds time and time again. In fact, a different way to view the show is to perhaps see it as great short stories being read aloud, a visual audiobook playing out on your screen. 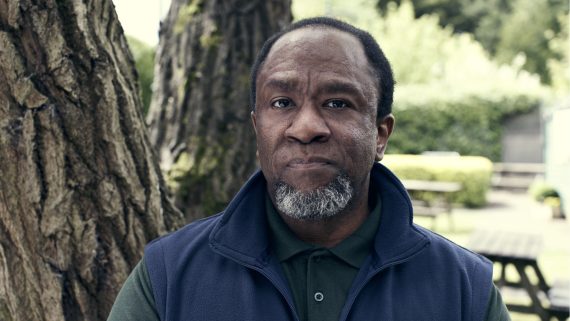 If you are not familiar with the show, the one thing that might take you by surprise is how dark the stories are. While anyone who has seen some of Bennett’s previous work knows that he has frequently dealt with dark themes before (murder in Prick up your Ears, mental health in The Madness of King George) Talking Heads really runs the gauntlet of dark and disturbing subject matter. Rape, incest, murder, paedophilia, domestic abuse…it certainly isn’t a show that skirts around the darker side of human nature. Yet despite the heaviness of the subjects the show explores, the monologues never feel like an endurance test to sit through. Laced with a dry, bitter humour, Talking Heads is frequently as funny as it is tragic. 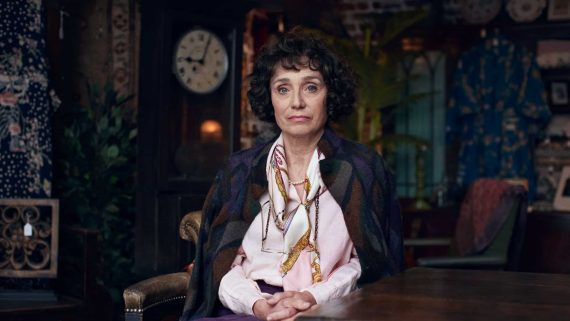 Bennett has created a fascinating range of characters in order to tell his stories, each one stunningly conceived and realised. He seems to particularly favour female protagonists, usually people who are typically forgotten or overshadowed; lonely old woman, Vicar’s wives, widows…each one feels refreshingly down to earth and familiar, like people who might live down the end of your road. Yet very rarely are these characters offered any chance of redemption or hope. They are typically either deluding themselves or are being deluded by others. Even the characters that Bennett gifts with a rare insight into their problems doesn’t guarantee them happy endings, trapped as they are by their circumstances and their history. An air of melancholy and regret hangs heavily over many of the stories, leaving a lasting impression long after the credits have rolled. 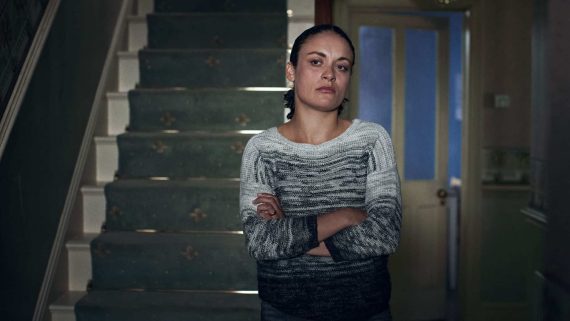 As brilliantly written as the show is, it is very much a two hander and it would be nothing without the actors who bring Bennett’s monologues to vivid, agonising life. Talking Heads offers the viewer an experience rarely seen outside of the theatre. Here an actor’s performance isn’t created in the cutting room, an amalgamation of dozens of takes and set-ups. In Talking Heads, you see the actors actually creating a performance right in front of you; you see it develop and flow, peak and trough, each beat delivered with perfect precision. Yet despite the inherent theatricality of the show’s set-up, each actor delivers very naturalistic, intimate and often quiet performances, designed to enthral a television viewer rather than a theatrical audience. 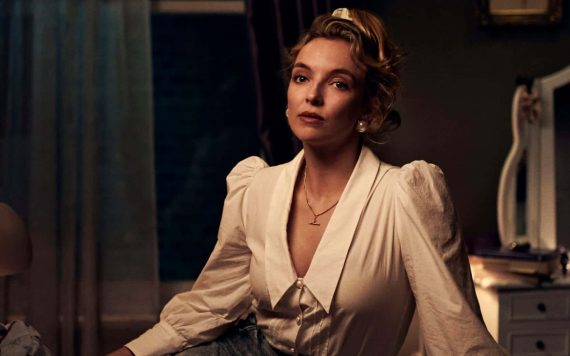 There is no doubt that delivering performances like these requires actors of the very highest calibre. This latest version of Talking Heads, like its previous incarnations, does not disappoint in displaying some of the very best of British acting talent. It is not an overstatement to say that each actor delivers a masterly performance. While some stood out more than others (such Sarah Lancashire, Harriet Walter, Lesley Manville and Jodie Comer who, being the youngest actress in the show, more than manages to hold her own amongst her more experienced peers) each actor is remarkable in how they manage to make each story and the supporting characters within it feel so full and rounded. As quiet testaments to the power of screen performance, these are vital, essential watches. 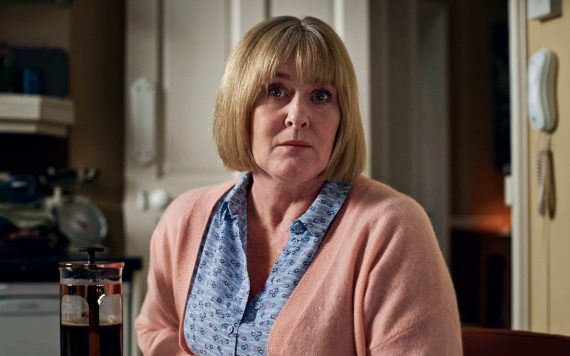 It is probably fair to say at this point that I haven’t seen any of the original Talking Heads so I can’t compare how these performances stack up against the previous versions. Yet there is more than enough depth to the characters and stories to ensure that these new interpretations will deliver fascinating results. There is certainly enough potential in each story to guarantee that I will be seeking out the older version of the show to see how different actors have tackled such rich material.

Talking Heads won’t be a show for everyone, feeling almost like anachronism in modern television’s world of fast cuts, cliffhanger pacing and deep, intricately plotted storytelling. It is a show that demands your full attention in order to get the most out of it and it is not something to be casually thrown on in the background while you check your Twitter feed. Yet for those willing to give it a go, you will be greatly rewarded. As dark and tragic as it frequently is, Talking Heads is a testament to the simple power of storytelling in its purest, oldest form, and a chilling reminder of all the dark, twisted tales waiting to be told behind the twitching net curtains of British suburbia.

Talking Heads is out now on Blu Ray and DVD. I reviewed the Blu Ray version. The show’s 12 episodes are split across three discs, with four episodes appearing on each. The picture quality is fantastic throughout but unfortunately there are no extras to speak of on any of the discs.