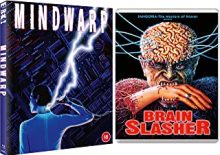 In a post-apocalyptic world the lucky survivors rely on computer fantasies to entertain themselves, as they lie in sleep-pods, dreaming of a better life. When her mother refuses to tell her what happened to her father, one young woman, Judy (Alicia), gets rebellious and complains to the systems’ administrator. He warns her to be careful what she wishes for and sends her back to her room. She’s later kidnapped by masked men and covered in a sheet, and wakes up to find herself in a desert-like wasteland ruled over by an underground tribe of cannibal mutants, known as crawlers. Some of these mutants capture her and put her in their tractor’s trailer. Fortunately, for her, however, she’s quickly rescued by a passing nomad, Stover (Campbell), who takes her back to his shack in some woods where they bond and get intimate. Unfortunately, this new, exciting life is cut short when crawlers attack and force the couple to accompany them underground to their lair.

Once down in the bowels of the Earth, Stover is put to work sifting through the waste that’s buried there, looking for useful items for the tribe, while Judy is taken to the tribe’s ‘mother’ to be prepared to meet the chief, to become one of his handmaidens. When she finally meets the chief it turns out to be someone from her past, and he’s hungry to breed with her for the sake of the tribe! 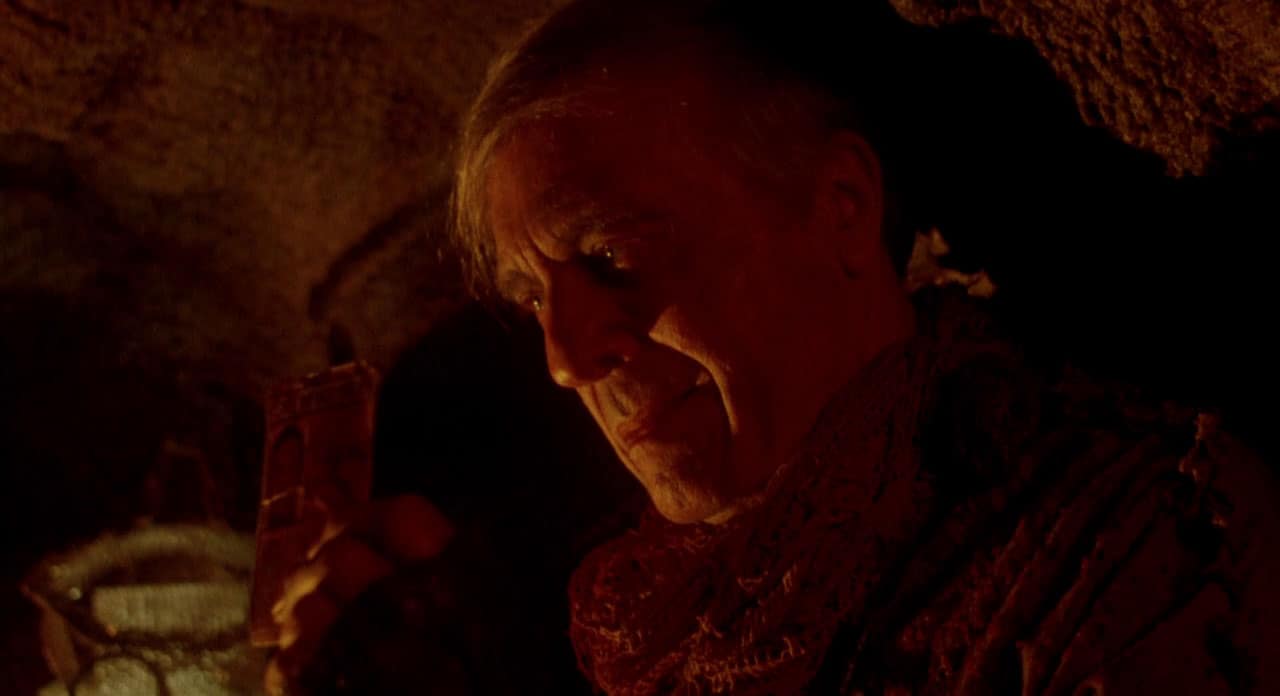 As you can probably tell from the above description, this film is a bit of a head-trip and is like a strange waking nightmare with lots of gore thrown in for good measure – it is the first film made by Fangoria Films, after all! Fangoria being the long-running horror magazine that focused very much on the gorier elements of horror films; well, at least initially.

I originally saw this film, along with their second feature, Children of the Night, as part of a horror film festival (Black Sunday) in the early 90s, in Manchester. I remember quite enjoying it back then, but thought that it didn’t really have much storyline, and was mostly just an excuse to hang one gore-gag after another. Having now seen it again I still agree with my earlier summation, but still enjoyed the film, regardless. Mindwarp doesn’t pretend to be high art – it just wants to be a gory version of The Time Machine where the ‘Morlocks’ are seen as real monsters, happy to chow down on any humans that come within easy reach. 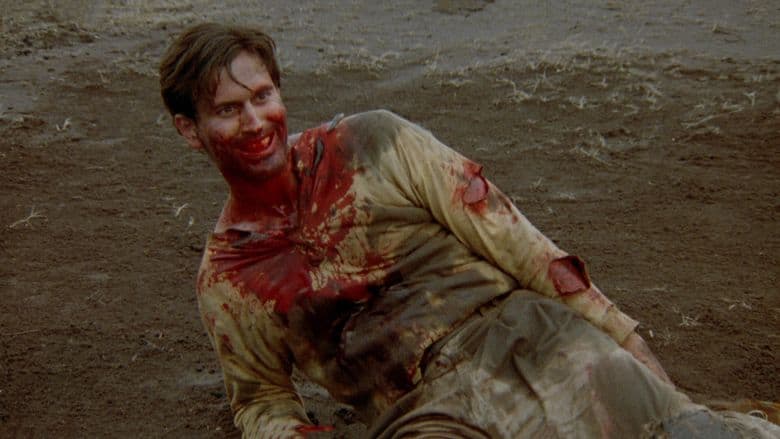 As one would expect Bruce Campbell is good fun as Stover, who’s a bit of an incompetent hero-type, frequently getting caught and beaten up, and not playing things smart. Marta Alicia, on the other hand, has a meatier role as the central protagonist, with a more diverse range of emotions. She’s both feisty and vulnerable, making her very watchable.

The set design is pretty good, as are the prosthetics and gore effects, of which the film doesn’t disappoint – there’s lots of blood and grue to behold. Much of it covering Ash, err, sorry Stover, at one point! And, while the story isn’t particularly original, it’s still engaging enough, and if one horror icon is not enough for you, Angus Scrimm also turns up later on as a cult leader, known as the Seer, who likes pulling people’s eyes out with his clawed glove. But that’s not the worst thing he does, by far! 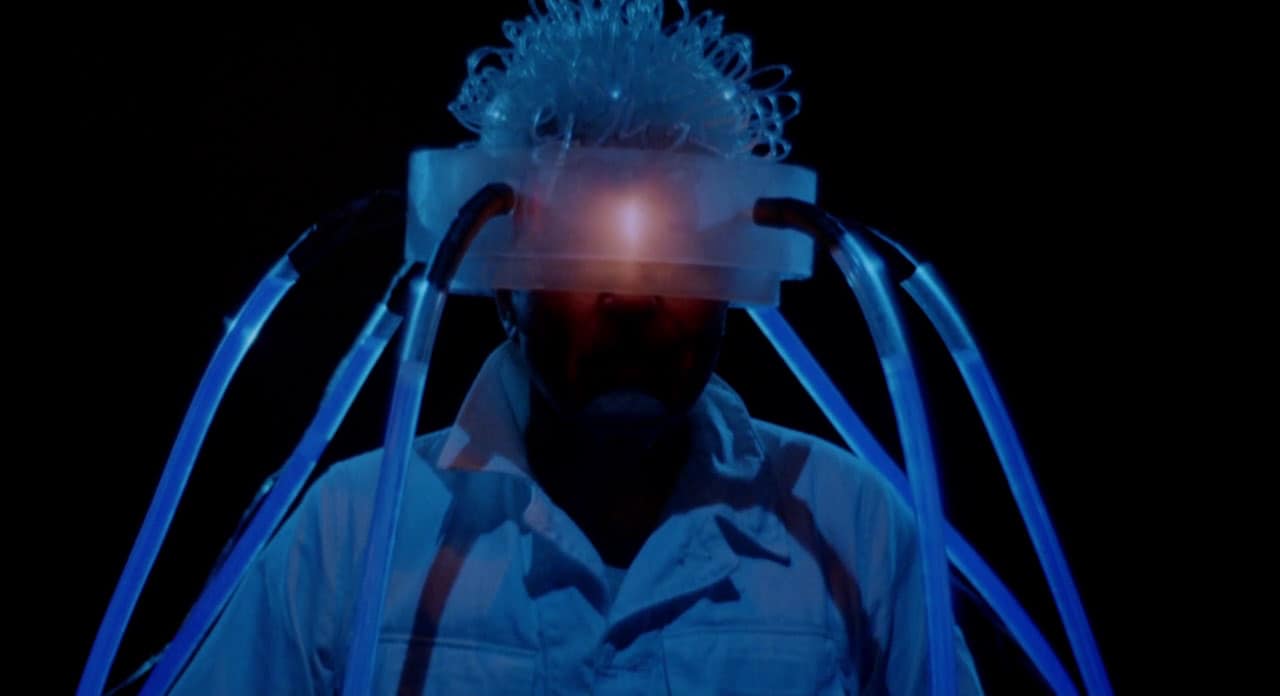 Eureka Entertainment is distributing Mindwarp on Blu-ray. There are a bunch of extras on the disc, which include:

An audio commentary by Tony Timpone and Jarrot Gahan – This interesting commentary reveals that Mindwarp was the first of a three picture deal for Fangoria with Columbia Tristar, followed by Children of the Night and then Severed Ties. All three films were shot back-to-back, in Winsconsin, for a total budget of $2.4 million, although Children ran over budget cutting the final film’s budget considerably. Mindwarp had a 21 day shoot, with one extra day for pick-ups; mostly of Bruce Campbell running around attacking Crawlers to boost the action quota of the film.

Original theatrical trailer (1.28 mins) – This describes the film as ‘the ultimate head-trip’!

Fangoria Weekend of Horrors – Comprises of footage from the 1990 horror convention featuring both Bruce Campbell and Angus Scrimm:

Bruce Campbell presentation (48 mins) – Bruce is on fine form announcing that Evil Dead 3 is about to start shooting and asking the audience what they want to see in the third film. Bruce is very funny, as usual, describing Mindwarp as ‘a Disney picture’! He talks about Mindwarp, Sundown and the Evil Dead films and about how Freddy and Jason should fight, and Ash get to take on the winner!

Angus Scrimm presentation (21mins) – Scrimm (great horror name) gives good value for money presenting some of his funny poetry (all horror-related) and talking about the Phantasm films and about Mindwarp. He reveals that his character only had 28 words in the first Phantasm film and then just 10 lines in the second one! 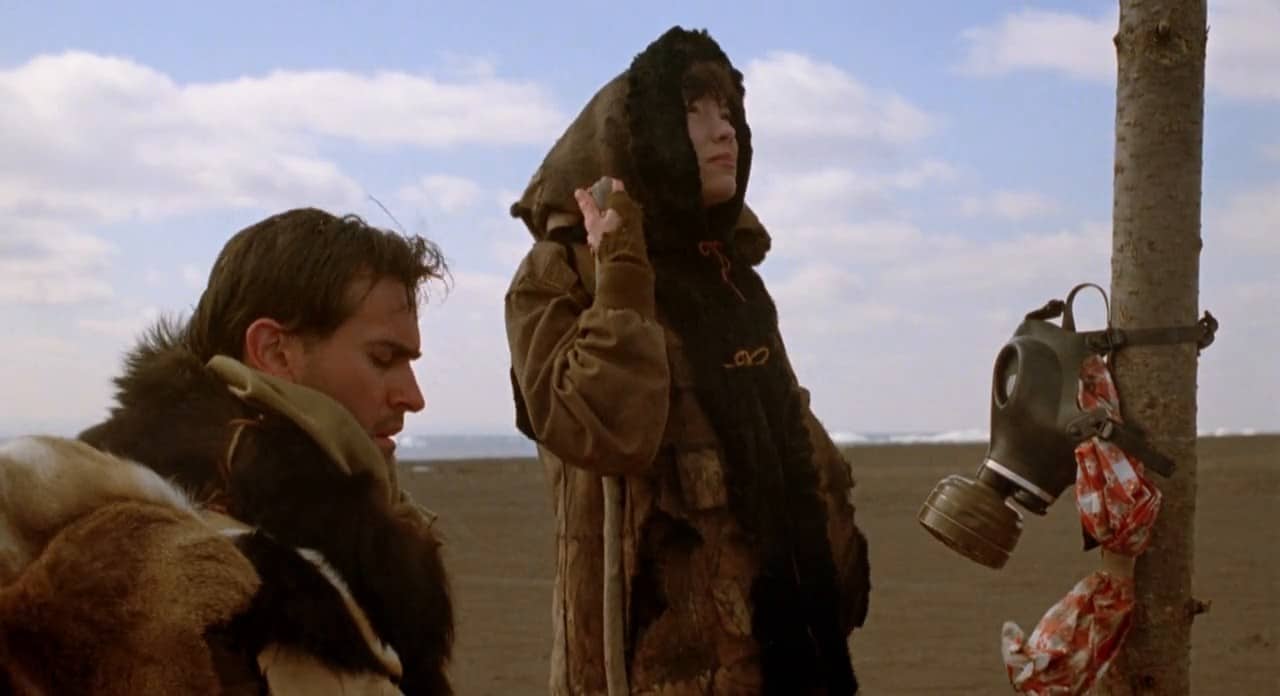