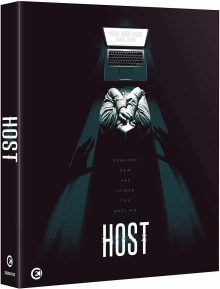 There’s a dark sense of humour somewhere that the physical release of ‘Host’ is coming out during another lockdown but in a way this actually works with the feeling of the film and is keeping it relevant going into 2021. As we’re going through these periods of isolation, we’re much more dependant on Zoom this time around, more so than we were in the first one. If you weren’t aware of Zoom or didn’t use it a year ago then by now you’ll at least be aware of it, and if you do use it you’ll have come to rely on it as a primary way of seeing your friends and family. And that’s where this film works brilliantly. It can feel quite rare these days that a horror film reflects the current climate we’re in so completely, focusing on the fears and struggles we face with it and even watching the film again in this lockdown it still has that edge of excitement around it that it’s a horror film of the moment.

Taking place over a single zoom call across laptop and mobile in the course of an evening, a group of friends agree to have a seance and whilst not all of them are in agreement with the plan, they go ahead with it anyway. But it wouldn’t be a horror film if something didn’t go wrong and once it does, the groundwork that’s been laid with the rapport between the friends starts to break down as the tension ramps up, all the while keeping it effective and believable. Are there a few horror recognisable tropes throughout the film? Of course there are, but with a run time that is purely focused on what unfolds and the methods in which its visually put together it all comes across as a great time and equally spooky to boot.

This release is the complete package that provides a fully effective horror film and at the same time reveals how much joy and effort goes into making one. With a running time of just under an hour, it has an incredible pace to it and once it all hits the fan it doesn’t let up.

Once you’ve finished the film, there’s a wealth of incredibly informative special features and here’s the breakdown of what you can expect:

The first commentary comes from the director and producer and this is the kind of commentary that is a joy to listen to when it comes to the making of a film, especially one that has a unique vision. It reveals everything from hidden cuts to the reasons behind company names and so much more in between. Both director Rob Savage and producer Douglas Cox keep it light and entertaining and don’t leave any details unmentioned, so for anyone who loves informative commentaries that contain a wealth of information, this is definitely one to listen to.

The second commentary brings the cast together and reveals a lot more of the stories of how the film was made and the personal side of the making of it. It’s great fun to listen to and makes the connection between the characters in the film much more believable and engaging and so going back to the film again for a final watch it felt like much more of a complete experience.

The behind the scenes goes in-depth to the origins of the film from the original prank over zoom to the seance that was held to bring the crew together with the real experience and discussing the full final release on Shudder. The best part of it all for me is that it highlights the joy of making horror films with a group of friends, more so that it was enjoyed by them even more as they wanted something to do during the first lockdown.

Both commentaries on offer are easy to listen to and make this a fully informative package. The interviews also add further details to the overall experience. The way that the cast all get along makes it all the more enjoyable to watch. One of the highlights of the special features is the original prank video and how effectively it was put together and seeing what it all turned into it makes it all the more entertaining to see where this all started.

The inclusion of the director’s two short films is a great addition too, as it really shows the visual ingenuity that Rob Savage has and both are incredibly visceral. Whilst I wasn’t the biggest fan of ‘Dawn of the Deaf’ due to elements of its subject matter, it was brilliantly made highlighting the use of sound especially the silence in a crowded coffee shop as two characters are breaking up through sign language. ‘Salt’ was much more enjoyable for me as the use of sound and special effects as a demon terrorises the mother and daughter for two whole minutes was wonderfully intense. The end result is that these two shorts combined with the main feature really highlight Rob Savage as a brilliant director in the genre and I can’t wait to see what he makes next.

What stands out in the way that it’s all presented is that the main menu stays intact moving through the special features and continues the zoom connectivity, especially as that’s how all of this was able to take place. Branching menus are a rare thing these days and it’s a joy to experience them again especially in a film where it makes sense and enhances the experience. 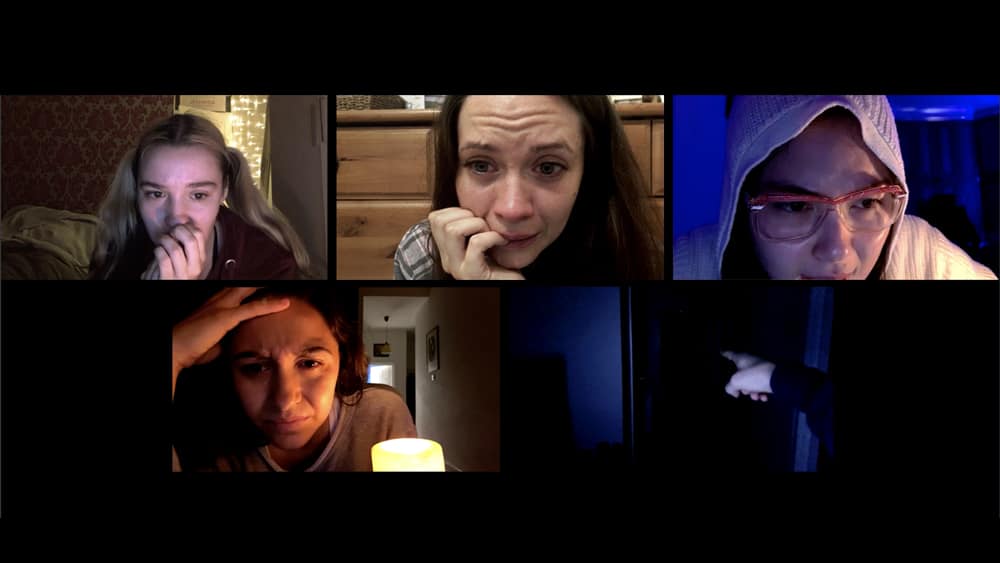 There may be a train of thought that this film won’t be as relevant as the years go on and we move through the pandemic process but ‘Host’ stands as a testament to productivity to how films can be made in the face of such adversity. More than that, it’s a horror film that is sure to develop a following that stands out for the time it was made with an experience that all of us will remember and continue to relate to as we go through different stages of lockdowns and quarantines.

Whilst these were not available for review, I’ve ordered myself a release copy to be able to read the essays and have this film be a favourite amongst the genre releases on my shelf.

This is an impressively comprehensive package for collectors and horror fans that I fully recommend. Packed with special features that enhance the experience rather than padded out promotional pieces, there’s a lot to enjoy here and it’s the kind of release that validates being a collector. Second Sight continue to put out high-quality editions and this is easily one of my favourites from the label. Happy Spookies everyone.