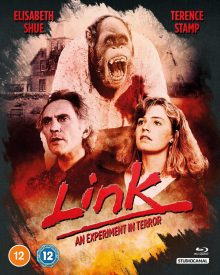 Jane Chase (Shue) is an American undergraduate studying zoology in England. Impressed by one of her lecturer’s studies of the great apes she corners him after one such lecture and is invited to join him over the summer break to help him with his studies. After a long train journey she is transported to the doctor’s remote cliff-top abode by a taxi driver who warns her to beware of the packs of wild dogs that roam the hills nearby, just like a scene out of a gothic novel.

Dr Steven Phillip (Stamp) is a typical academic, and dwells in his own head most of the time, but is accommodating and gets Jane to help him out with his behavioural experiments with the apes that he lives with, namely two chimpanzees, called Imp and Voodoo, and a male orangutan called Link, who is dressed like the doctor’s butler, and who likes to smoke cigars with him!

Initially Jane finds the work interesting and rewarding and she grows to quite like Dr Phillip, even if he is a bit odd and even drunkenly tries to flirt with her after an evening meal and some wine. However, the two don’t see eye to eye on his methodology and some friction grows between them, especially when she finds out that he’ll soon be selling on two of his apes as he’s pretty much got everything he needs out of them. 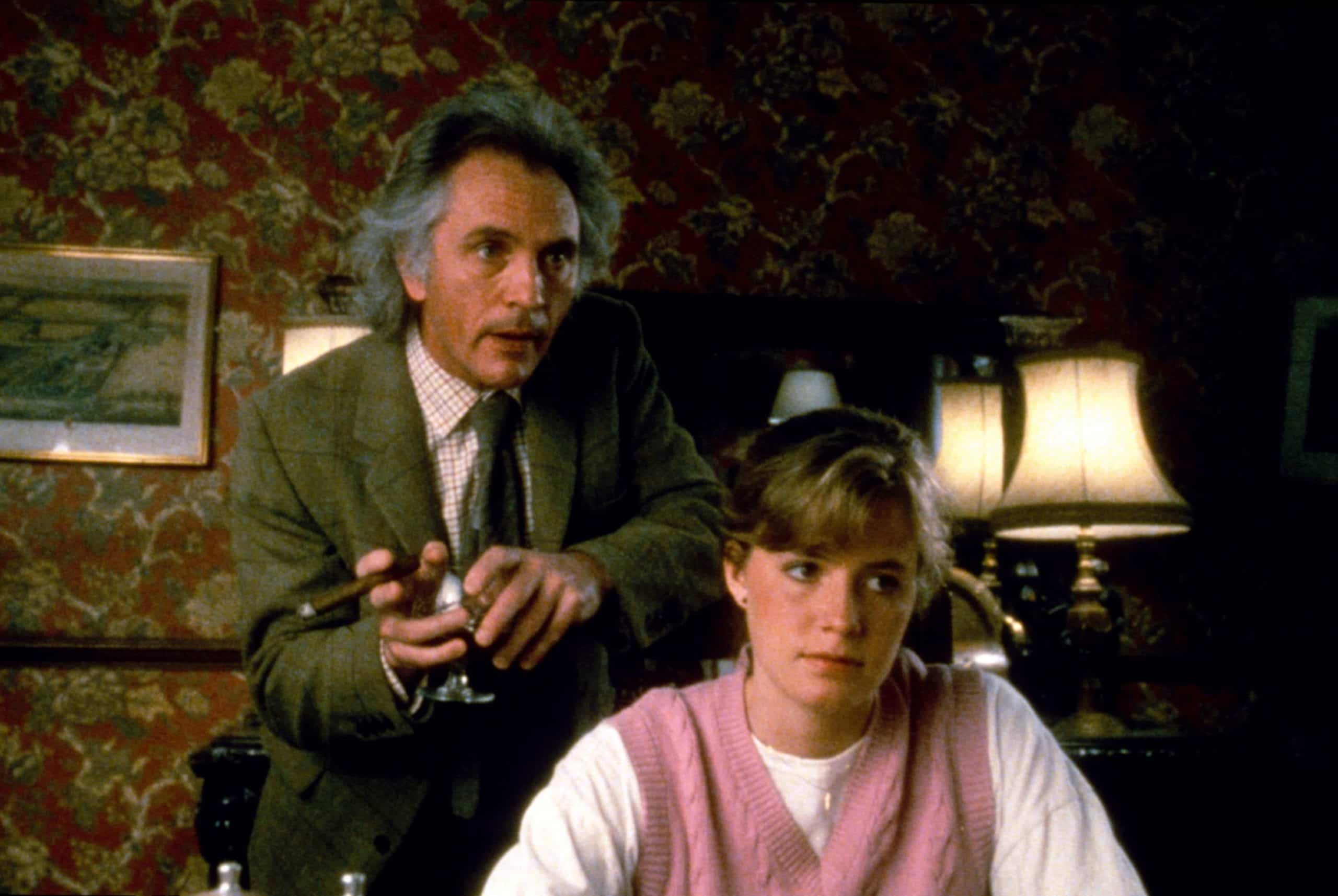 Link begins to demonstrate disturbing behaviour and the doctor disappears after taking a trip to the local town and not returning. Jane investigates and, too late, discovers that Link has psychotic tendencies, and that he’s only too happy to kill off any competition there might be for her affections.

Link is the sort of film that would only have been made during the eighties when producers were more ambitious and willing to take risks. It’s refreshingly low-tech, with no CGI in sight (this was too early for it really) and little in the way of animatronics. This leaves much of the weight of the film to be carried by its star performers and they meet the considerable challenge in an exemplary manner. The human leads (Shue and Stamp) are both very good in their roles, but it’s the great ape co-stars that really shine, especially Link, who is incredible as the titular psychopathic creature. And, with that in mind, I guess the chimp trainer, Rona Brown, should also get a special mention since her and her team have done a great job here. 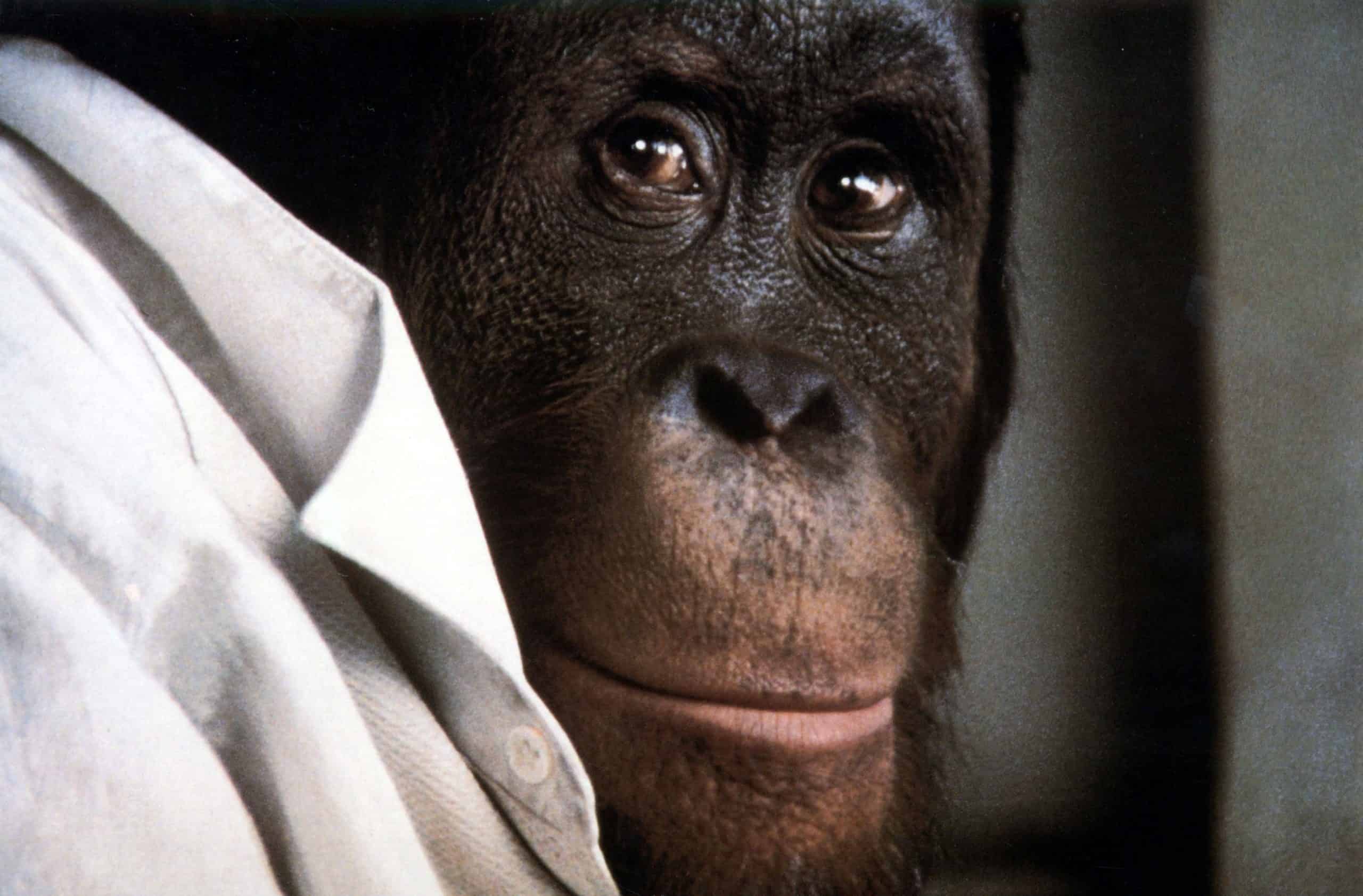 The film is nicely shot and edited in a clean, non-hurried fashion, although tension is still nicely racked-up during the later chase sequences, helped enormously by Jerry Goldsmith’s excellent, if rather quirky, score.

It’s very much a product of its time, with a little sexism on display, especially when the doctor asks of Jane: “Do you cook, clean?” To which she replies: “Well, I am female, so I guess I have a genetic aptitude for it!” The Scottish locations and interior sets at Shepperton Studios work well for the film, and, despite the story being somewhat off-kilter, it’s still very engaging and difficult to see how it will all pan-out in the end. I have to admit that I thought the twist at the very end was a bit unnecessary. 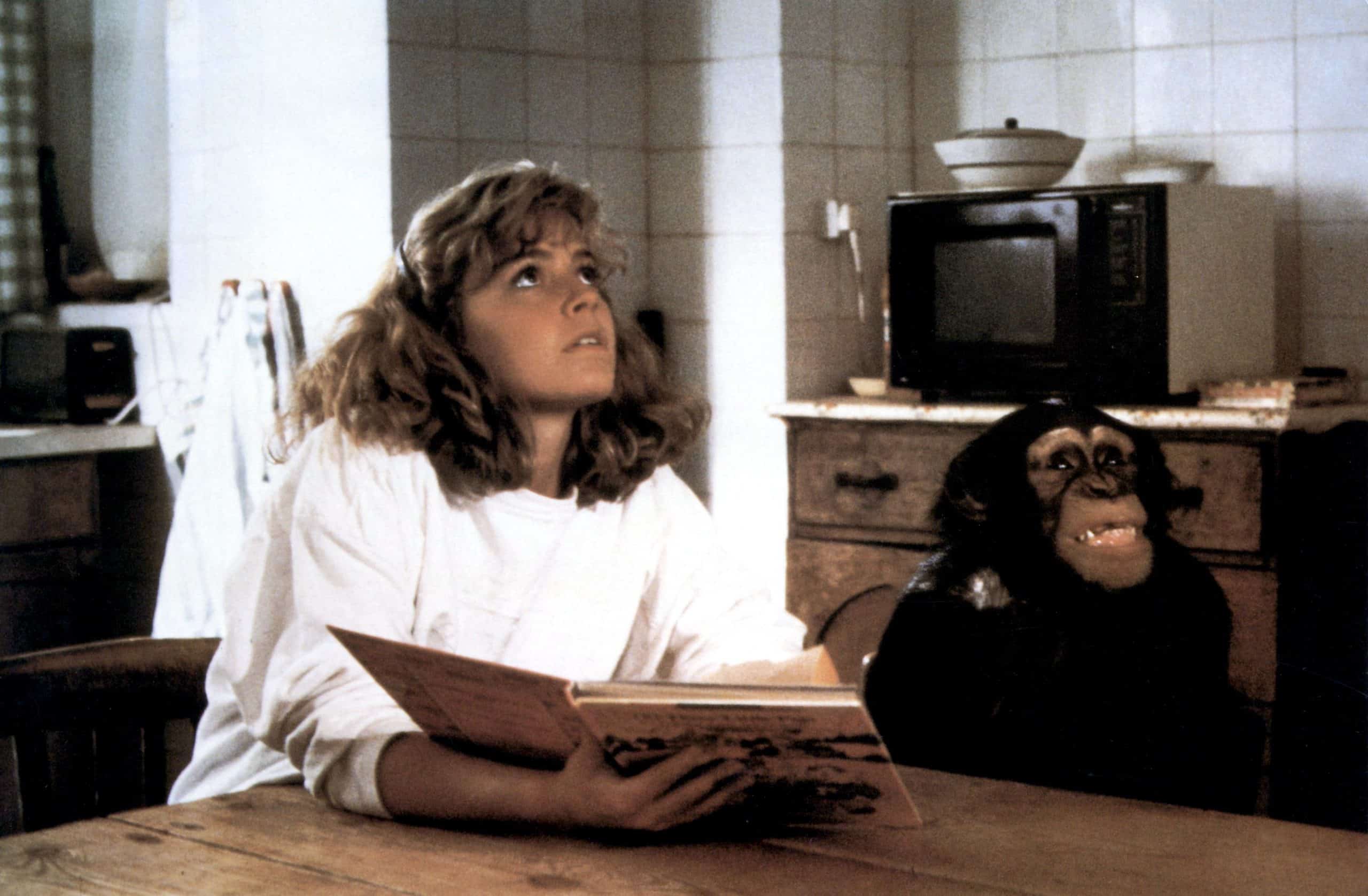 Studiocanal is distributing Link on Blu-ray and have done a great job at bringing an obscure cult film back into the light. Special features include:

Deleted work-print scenes (24.5 mins) – A selection of scenes that were either completely dropped from the film or these show slight extensions to scenes that made the cut. I can see why most were cut, but it’s a shame they dropped the scene that Jane had earlier on with her boyfriend, as it adds a bit more depth to his character. There’s also a scene where the doctor apologies to Jane, rather awkwardly, which I liked and a scene where we see her pulling her boyfriend up from out of the floorboards, which makes more narrative sense than what is left in the film.

Audio interview with director Richard Franklin (4.44 mins) – An interesting, but all too brief interview where we find out that the animal trainer they used in the film had also worked on Hitchcock’s The Birds and that the film sadly got caught up in a maelstrom of corporate takeovers and hence never really got a proper release, initially. 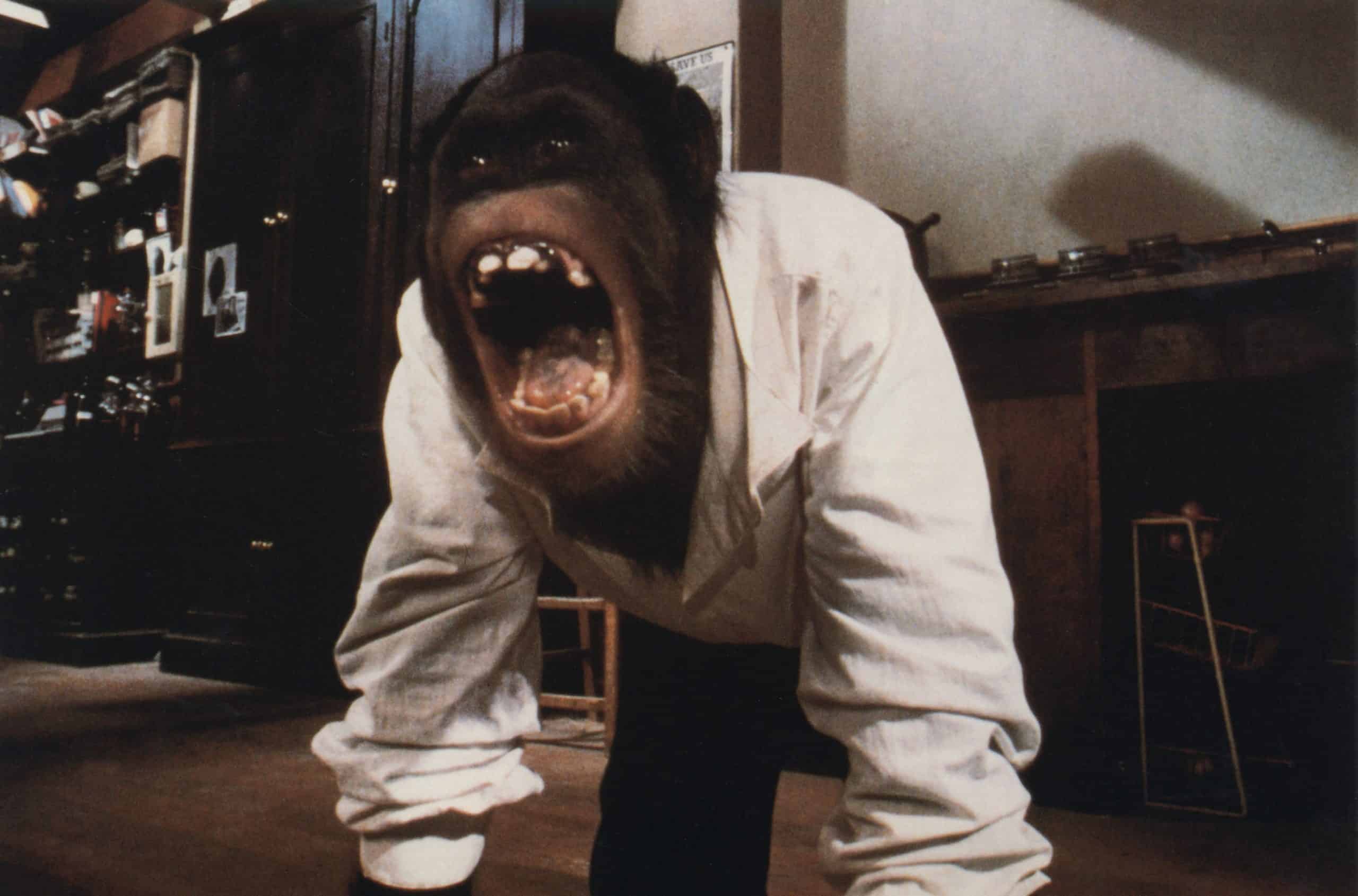