The original Philadelphia Experiment was released way back in 1984, starred Michael Pare and Nancy Allen and was a time travel, fish-out-water, wannabe blockbuster. This sequel was released almost 10 years later and while it has a TV/cable feel to it is still a solid slice of sci-fi hokum.

David Herdeg (Pare in the original, now played by Brad Johnson) is trying to live the quiet life in present day 1993, raise his son, mourn the loss of his wife and to leave behind the time hopping escapades he experienced in Part 1. However, having been thrust through time from 1944 to the early 80s has had some side effects and caught the attention of a Dr Mailer (Graham) who is trying to replicate the time travel experiments from years previous. He thinks the key lies in David’s blood (which allows him to time hop unhindered). But when Mailer manages to recreate the time travel experiment, he sends a hi-tech Stealth plane back to WW2 straight into the Nazi’s hands allowing them to win the war. This in turns sends David traveling to an alternative 1993 where the world is in chaos, Nazi’s rule, and he must band with a group of rebels to set time right once again. 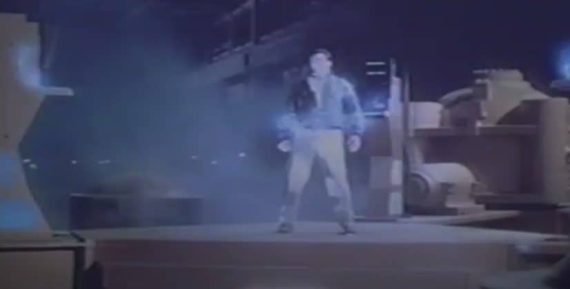 While a little convoluted and tenuous in it’s set up to send David on another time traveling adventure, The Philadelphia Experiment 2 is nevertheless a well-made sci-fi adventure. Very much a product of its time (complete with early days CGI morph effects!) and with a plot that may not hold up under the close scrutiny most critics like to apply to films these days, Stephen Cornwall still crafts a solid adventure that belies its made-for-TV nature to often be quite cinematic. The alternative future is also very reminiscent of the time period it was made: lots of abandoned warehouses, always dark, rebel resistance fighters scrounging around trying to make a difference, but it all adds to the fun. Graham (Child’s Play 2, Terrorvision) is great as the power-hungry scientist who aids the Nazi’s in victory and there is some surprisingly violent action to go along with all the time hopping shenanigans. 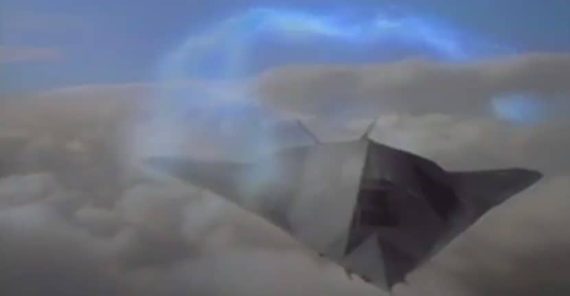 The original film was a valid attempt at blockbuster sci-fi with a culture clash vibe as the sent from the 1940s hero had to contend with an alarmingly different 1980s. This installment goes the alternative reality/what if route and has a very (welcome) Twilight Zone/The Outer Limits vibe which again all adds to the enjoyment. The more serious sci-fi fan/critical reviewer may not get much out of it but they would be missing out on a slick sci-fi sequel.

Resurrect on Blu-Ray: there’s several out of print DVDs out there but otherwise give this the full Blu Ray treatment in a double pack with the equally fun original film.

Fallen Angels TV show: the short lived all star, big director helmed noir show from the 90s which had contributions from the likes of Steven Soderbergh, Alfonso Cuaron and Peter Bogdanovich to name but a few.

Only the Strong: criminally underrated martial arts flick that should have launched star Mark Dacascos into the big time. Great stuff

12:01: underrated Jack (The Hidden) Sholder flick that is worth seeking out for a more serious spin on the Groundhog Day concept.

Lifepod: another all but forgotten (and really quite good) early 90s TV/Cable sci-fi flick that is essentially a space set remake of Hitchcock’s Lifeboat. Seek it out.