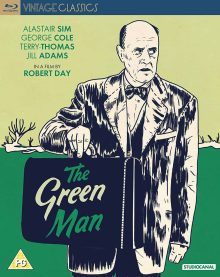 Hawkins (Alastair Sim) is a seemingly timid and forgettable watchmaker, enjoying his retirement from his old job – that of being a professional assassin, albeit one who used to bump off the sort of people who ‘had it coming’, like dodgy dictators and corrupt officials and politicians. When the philandering MP Sir Gregory Upshott (Raymond Huntley) is offered to him as a possible target he comes out of semi-retirement to flex his killer instincts and explosives making skills again.

However, things don’t go according to plan when, as a result of a clumsy mistake on his part, the MP’s PA becoming suspicious of him pumping her for information as to the MP’s movements, resulting in a catalogue of amusing hijinks and misunderstandings, often involving a vacuum cleaner salesman, William Blake (George Cole), and Hawkin’s new neighbour, Ann Vincent (Jill Adams).

Will William and Ann suss out what’s really going on with Ann’s eccentric neighbour or will they be too late to try and stop a typically pompous and dodgy MP going up in a large puff of smoke while visiting the titular Green Man hotel? 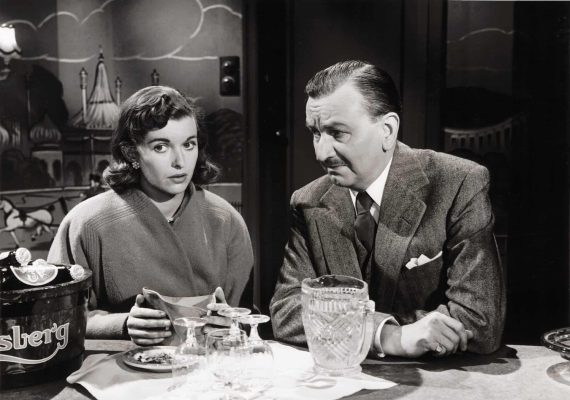 For a number of years the writing partnership of Sidney Gilliat and Frank Launder churned out quite an array of quality scripts for a number of studios including Gainsborough and Ealing. They eventually set up their own studio and The Green Man was one of the films they produced there.

A quintessential British comedy from the fifties, The Green Man features a strong comic cast with the likes of Alastair Sim, George Cole and Terry Thomas strutting their exquisite semi-slapstick stuff, and demonstrating how UK cinema was once upon a time a lot of harmless fun before the ultra-PC brigade came and spoiled our fun… 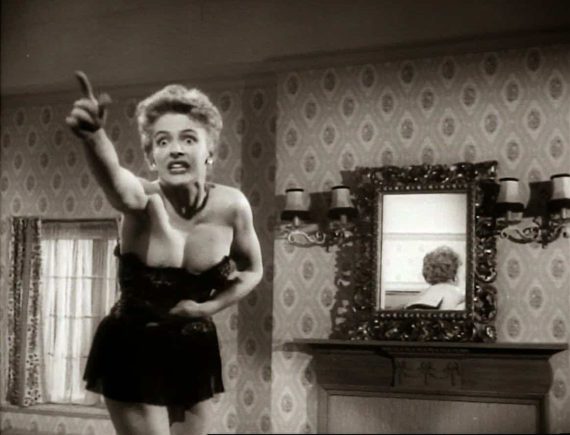 Alastair Sim demonstrates why he was such a popular character actor in these kinds of films, effortlessly acting everyone else off-screen, and Gilliat and Launder’s BAFTA-nominated script keeps things moving along at a brisk pace, even though the story, on closer inspection, is basically utter nonsense, but in a good way!

The UK used to be very good at producing this kind of entertaining family farce, filled with the sort of ensemble character actors that we seem to be rather lacking these days. The Green Man ticks many of the usual farcical boxes: mistaken identities, people being found in compromising positions, mucho often unnecessary panicking, all tied together by some pseudo slapstick as characters slam doors and mug at each other through windows or behind each other’s backs. 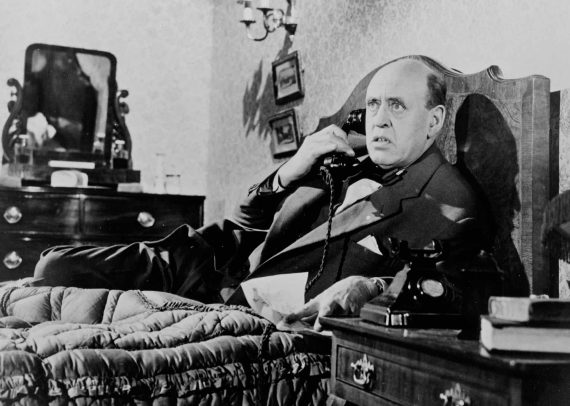 Whilst the film feels a little bit stagey – it was based on Gilliat and Launder’s stage play ‘meet a body’ after all – director Robert Day still manages to come up with a few interesting shots (he was a capable cameraman), although it’s widely known that Sim himself directed most of the film, but wasn’t allowed the director credit as well.

And, not to be overshadowed by the men, actor Jill Adams represents the women very well and shows a high degree of comical timing, even when she’s standing on a bed in her undies! And, as Terry Thomas would usually say: “Ding- Dong!”

Studiocanal is distributing The Green Man on DVD & Blu-ray and on Digital. Studiocanal are releasing the newly restored version of the film on Blu-ray as part of their Vintage Classic Collection, and it looks and sounds amazing, especially considering the age of the film.

Alastair Sim and The Green Man by Stephen Fry (25.5 mins) – The gregarious polymath Stephen Fry talks about one of his favourite actors, Alastair Sim, at length and reveals some interesting facts about the man and about the film and its other participants.

Interview with cultural historian Matthew Sweet (24.5 mins) – Sweet talks about the partnership between Gilliat and Launder, including some of their other work, for example, The Lady Vanishes.

Those British Faces: Alastair Sim (27.5 mins) – We find out that Sim was a very private man and also one who was rather cranky and who didn’t suffer fools gladly. This perhaps has too many filler clips, but still has some interesting information.

Behind the scenes and portraits stills gallery – 17 shots from the film, mostly glamour poses. 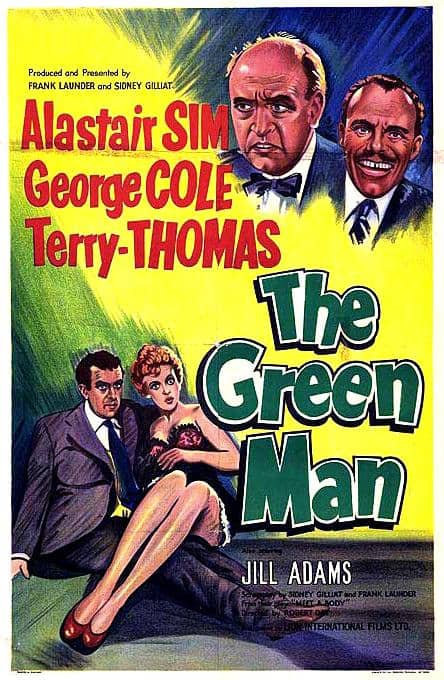