To run alongside my rather positive review of Afterschool, we’ve been allowed access to an interview with the film’s director, Antonio Campos where he discusses his inspirations behind the film and some of his personal feelings around the film and it’s themes.

1. What was your inspiration for making the film?
In my last year of high school, 9/11 happened in our first week back. That day my best friend’s father died in one of the towers, and at the end of that year, after we all graduated, another close friend of mine died in a freak accident in Amsterdam. It was a strange time, and the bookending of that with these two events was quite confusing. I felt very connected and disconnected at the same time, and all the ideas I had had for films I wanted to make seemed somewhat trivial at the time. Then I had this idea about a boy who witnesses the death of two girls by drug overdose–girls he had never spoken to and only knew from passing in the hallway or through gossip. How does he deal with it versus everyone around him? For me, the idea being how does he deal with it feeling so close but at the same time disconnected from the death.

2. Are the internet clips shown at the beginning of your film real and why did you choose them? Did nastycumholes.com ever really exist?
Some of them are real and some of them were staged by us. I wanted to give a pretty broad spectrum of what you see on Youtube or Youtube kind of sites, in no particular order, almost in the way that you could potentially consume them online. So if you haven’t seen that particular clip of THAT baby, you most likely have seen something like it.
Unfortunately, I wanted to have a clip from a TV show somewhere, but this would have been impossible to get clearance for or to recreate. Nastycumholes.com doesn’t exist. We had to come up with a porn website that didn’t exist, which if you ever try to do, you will realize is nearly impossible. Almost every filthy combination of words has been taken. My art director who was designing the site and i kept throwing ideas around, and one of our young actors came in and started throwing some pretty awful, disgusting names around. But he landed on “nastycumorifices” which wasn’t quite right but close. So we replaced orifices with holes and we had it. Apparently, it was only the dirty mind of a teenager that could come up with something so offensive that no adult could come up with! 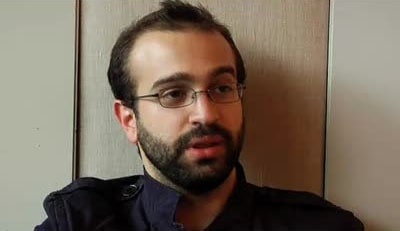 3. Is Afterschool a positive or negative portrayal of the YouTube generation? Has the internet made people in general better or worse?
It’s really the portrayal of one boy who happens to be part of this generation. And it isn’t necessarily a positive or negative portrayal in my mind, really just a portrayal; whether it’s good or not, it’s up to the audience to decide. I think the internet, like any technology, comes with its positive and its negatives, but the fact is that technology for as much as we try to use it to bring people together, ultimately works in doing the opposite somehow.

4. How difficult was it to get such a natural performance from the young cast?
It wasn’t difficult. As a director, you just need to listen and treat your young actors with as much seriousness and respect as your older actors. Their opinions on things are just as valid. The kids also spent a lot of time getting to know one another before and during the shoot,and that comfort and chemistry carried over into the film.

5. If you could go back in time to make films, what decade would you choose and why?
Sometimes I think I would like to go back and be making films in the 70s when there was a real freedom in the studio system and American mainstream cinema was really daring. Other times, I’d like to go back to the 40s or 50s in Hollywood where the studio system was really strong and you had all these wonderful craftsmen from the crew to actors all on the same lot, constantly making movies. Obviously, there were huge restrictions but at the same time, it just made filmmakers work harder and be more creative to be subversive in their work. At the end of the day, I wasn’t there, and there must be some reason that I was born when I was to be making movies now. 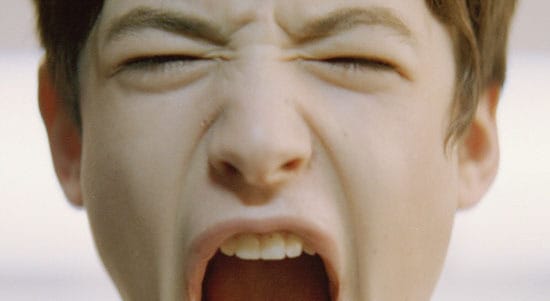 6. What’s the craziest experience you’ve had so far promoting this film?
We had been asked last minute to show Afterschool at a private club’s screening series. In the back and forth with the coordinator, we realized that this screening wasn’t being held at the club but at a much bigger theatre in Times Square. Unfortunately, I was in a festival in Nashville but my producer Sean Durkin and actors Ezra Miller (We Need to Talk About Kevin) and Jeremy Allen White went to the Q&A. First, my actors were greeted by a big bouncer outside the theatre who upon discovering they were the stars of the film, said, “You know, if you need any protection, I’ve got your back. For now, maybe you should get back stage quickly since the movie’s getting out soon.” Confused, they asked “Why?” “Well this is a screening series for senior citizens. They came here tonight thinking they were going to see The Soloist (with Jamie Foxx and Robert Downey, Jr.). No one told them that was cancelled and that they were screening your film. Once the film started, people started screaming, ‘This isn’t The Soloist! Where’s Jamie Foxx? Where’s Robert Jr.?!’ And people started leaving in groups, complaining to management. I haven’t seen your film, but people are pissed.” They go backstage, and eventually Sean arrives and hears the story. The critic who is moderating the event–a local NYC TV critic– gets backstage, completely flustered and annoyed. “Who’s the director? Who directed this?!?” Sean tells him why I’m not there. “Oh! Great! The director doesn’t even show up. You know, I had no idea they were showing this tonight. I’m not taking responsibility for this.” He introduces Sean, Ez, and Jeremy to the stunned audience of elderly people (of which there are still two to three hundred) and right away says “I’m not going to say anything, except to let you know I had nothing to do with this screening choice. I thought we were gonna see The Soloist.” Still very flustered, “I guess I’ll just ask one question and then open it up. Why would you want to make this film?” They all give their answers, unwavering about why everyone involved was excited about the film. Well, the critic just didn’t have anything else to say, and the angry audience was unleashed on them. “This was the worst movie I’ve ever seen. Why couldn’t you have made a nice movie like The Soloist? What was the point of that?! Why would they show a movie about these crazy kids to people our age?!?” So they answer all the questions they can, politely. Apparently, they were very excited about such a heated response, as I would have been too. But then the tide turned. Someone stood up and very loudly said “All of you who booed this film or who left the theatre should be ashamed of yourselves! We’re not just a bunch of senile senior citizens who need to be shown nice pictures every week. This is the most important film we’ve ever been shown at this series. This film is about the world that our grandchildren are living in and we should be seeing more films like this!” At this point, half of the remaining audience gave a loud applause. The critic who began with nothing nice to say, kind of slumped back into his seat, and said “Well, yeah, I guess that is true. This film portrays a world we haven’t seen much in films.” The discussion went on for so long after this, between the people from the film and even between audience members that the critic said that he had to leave and that everyone could stay if they wanted to but most of his Q&As don’t last this long and he had to get home to his kids. So he left, and Sean, Ezra, and Jeremy stayed with the audience for another half-an-hour discussing the film with the audience of passionate senior citizens. By far the best post screening discussion.

7. What web site could you not live without?
I’m sure I could live without any of them if I had to. I would say IMDb or Youtube, but 10 years ago I didn’t have any of them and I was fine.

8. What advice do you have for young filmmakers trying to make their first feature?
Do something personal and do something for as small of a budget as possible, since the smaller the budget the smaller the risk for the investors and the bigger the freedom you’ll have to take risks. In general, I think young filmmakers should experiment as much as possible with their short films. You’ll quickly realize what you like and what you don’t like, what you’re interested in pursuing and what bores you.
And by the time you get to your first feature, your voice as filmmaker will be a lot clearer and louder.

Afterschool is out now on DVD.