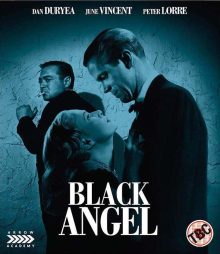 A lot of film noirs were churned out back in the genre’s heyday, when many of them were programmed as B-movies to play alongside big-budget features. Due to this, a lot of titles have been forgotten over the years, despite the lingering popularity of the genre. Thankfully, film archivists and boutique labels have been gradually turning their restoration skills to a number of film noir titles and we’re starting to see some of the lesser-known thrillers in a new light.

The latest film noir Arrow Academy are bringing to our attention is Black Angel. It was the final film to be directed by Roy William Neill, who died of a heart attack aged only 59, shortly after it was released. He made 107 films during his career and was best known as the director of most of the Basil Rathbone-starring Sherlock Holmes films made during the 40s. Black Angel was based on a novel by Cornell Woolrich, who was a hugely popular crime writer back then (his short story ‘It Had to be Murder’ would be later adapted as Rear Window), but the film wasn’t a notable hit, not helped by the fact it came out the same week as The Killers and Dark Corner, which have both gone on to be considered noir classics.

Being a noir aficionado, I had to see for myself whether this was a lost gem from the genre or a bog-standard entry that has been forgotten for a reason. 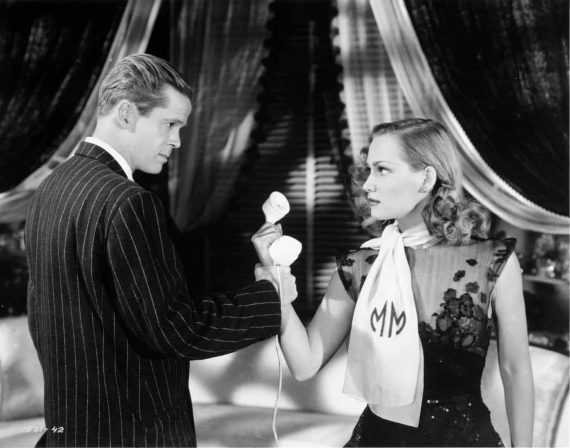 In Black Angel, the famous singer Mavis Marlowe (Constance Dowling) is found murdered in her apartment. Kirk Bennett (John Phillips) finds the body, but due to the fact he’s being blackmailed by Marlowe, he decides to flee the scene. Unfortunately for him, he’s spotted and becomes the prime suspect in the murder case. In fact, he’s found guilty and sentenced to death. Firmly believing Kirk is innocent, his wife Catherine (June Vincent) sets out to prove the courts wrong and save her husband before it’s too late. She recruits Mavis’ estranged alcoholic husband Martin Blair (Dan Duryea) to help, as he was seen trying to enter the apartment on the night and also wants to know what happened. Although his marriage was pretty much over, he still loved Mavis.

Martin and Catherine’s primary suspect is nightclub owner Marko (Peter Lorre), who was in the apartment that night. Believing he has a key piece of evidence hidden in his safe, the pair pose as a nightclub musical act to get close to Marko and crack the case.

The initial mystery is very nicely set up. There are lots of little clues and red herrings dropped in the opening 20 mins to whet your appetite and keep you gripped. The concept is perhaps a little too similar to that of The Phantom Lady though, which came two years prior and was also in fact based on a novel by Cornell Woolrich. There are a few reasons why I prefer that film, but largely I don’t think Black Angel sustains its plot as effectively. The finale, in particular, is great on paper but too drawn out on screen, so loses steam and feels a little mishandled. 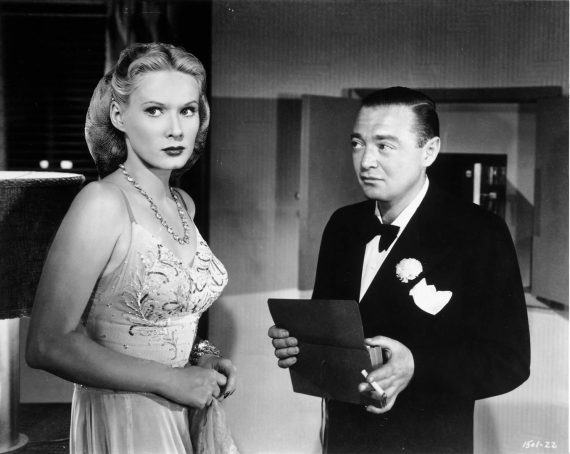 The film is set in Hollywood, so there are some little digs and jokes about stars and wannabes. There’s a fun scene in a cafe packed with extras on their breaks, all still in wildly different costumes. There’s also an enjoyable audition scene with Peter Lorre bored with watching artists vying to get featured in his nightclub floor show.

There are quite a few musical interludes, with June Vincent doing her own singing and Duryea actually playing the piano, or at least in sync with the soundtrack. He learnt a handful of pieces, especially for the part. This smattering of songs slows down the pacing in the mid-section, but they’re nicely integrated into the plot at least, rather than shoehorned in purely to sell records.

The film treats alcoholism quite seriously for the time, possibly due to Woolrich’s own issues with it. * MAJOR SPOILERS * In fact, you could say alcohol is revealed to be the killer in the end, as Martin doesn’t seem like he’d be a killer when sober, but does the dead when he’s blind drunk. So drunk he’d forgotten he’d even done it! Perhaps alcohol is used as an excuse for a wild twist in this way, but it’s refreshing to see the issue not merely used as comic relief as was often the case in the ‘good old days’. * END OF SPOILERS * 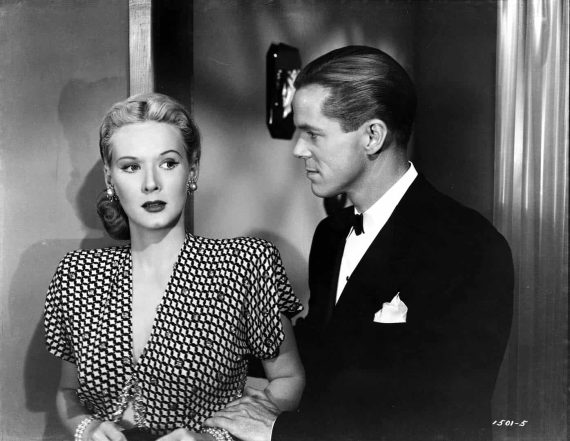 There are some decent performances in the film too. Lorre steals the scenes he’s in, as he often did. Nobody plays slimy or creepy quite like him and his character, though softly spoken, has a quiet menace and powerful dominance over his perceived inferiors. Vincent plays an effectively strong-willed but sensitive heroine. Duryea is solid too, playing a convincing alcoholic. He showed up in a raft of noirs, earning the nickname ‘Dangerous Dan’ due to often playing characters who beat/slapped women. In real life he was reportedly a lovely man, happily married with kids, and hated this reputation, making sure his children never saw his films and being as kind as possible in his personal life to avoid people thinking he was actually like that.

The cinematography is attractive, with effectively moody, shadow-laden lighting, in the best noir tradition. It’s not as notably stylish as some other titles, but there’s an impressive shot at the start of the film, that goes from a low angle looking up at a fancy apartment block then rapidly ascending up to look into one of the higher-level windows. It looks a bit fake, so might possibly be a model, but it’s an attention-grabbing shot to open with. Elsewhere, camerawork is kept controlled and Roy William Neill’s direction is solid, if a little workmanlike. * POSSIBLE SPOILER * The climactic flashback is nicely handled though, with a cool ‘drunk-vision’ wobbly effect on the picture and an effectively shocking murder sequence. * END OF SPOILER *

Overall then, it’s an enjoyable mystery with some nice photography and decent performances, but it falls under the shadow of some more daring and exceptional noir titles. Fans of the genre will still have fun with it though, so it’s worth checking out. 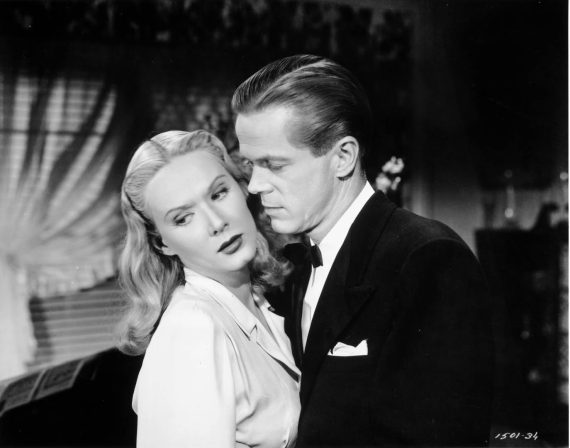 Black Angel is out now on Blu-Ray, released by Arrow Academy. The restored image is very good, with no damage or artefacts on the print and a natural and detailed look. Audio is strong too, for a film of this period.

Alan K. Rode’s commentary is fantastic. He’s certainly done his homework, as the track is crammed with fascinating facts and anecdotes about the production and those involved. There’s no analysis of the film as such, but it’s a hugely enjoyable journey through the ins and outs of Hollywood’s golden age. Neil Sinyard’s appreciation digs into the film itself a little more, so is also a vital addition to the set. I didn’t get a copy of the booklet to comment.