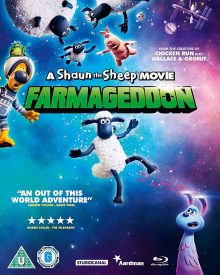 Aardman Animations found great success with their Wallace and Gromit franchise, with a series of hugely popular Oscar-winning shorts and an Oscar-winning feature film under their belt as well as TV series and other tie-ins. Gradually coming out of the shadow of the clay-modelled pair, however, is Shaun the Sheep, a character who began life in one of the Wallace and Gromit shorts. Proving a popular element of A Close Shave, Shaun was given his own TV series (imaginatively titled Shaun the Sheep) in 2007, which itself has since spawned a spinoff show, Timmy Time, based around the adventures of Shaun’s young cousin, Timmy. The Shaun the Sheep series was so popular it made the transition to the big screen in 2015 with the Shaun the Sheep Movie. With only A Matter of Loaf and Death released during the time the Shaun the Sheep series began, it looks like it’s time for Mossy Bottom Farm’s favourite fluffy friend to shine. Looking to cement his popularity is the latest feature film from the franchise, A Shaun The Sheep Movie: Farmageddon. Having picked up rave reviews and with my kids being fans of the character (though they’ve seen more of Timmy than Shaun) I simply had to check it out for myself.

Farmageddon opens with Shaun (Justin Fletcher) and the rest of the Mossy Bottom Farm flock repeatedly getting into trouble with dog Blitzer (John Sparkes) who forbids them from any more dangerous activities. Meanwhile, space alien Lu-La (Amalia Vitale) lands her craft in the nearby woods. She’s spotted by a man (Chris Morrell) out walking his dog and runs off to hide. She ends up at Mossy Bottom and befriends Shaun, who agrees to help her get home (she accidentally launched her spaceship when playing with it whilst her parents were asleep). However, they run into trouble with the Ministry of Alien Detection (M.A.D.), led by Agent Red (Kate Harbour). The agents take Lu-La’s ship, so she and Shaun hatch a plan to get it back. 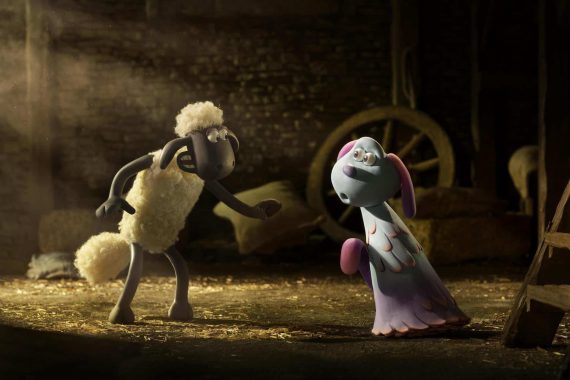 During all this, Mossy Bottom’s farmer (also John Sparkes) tries to capitalise on the UFO-mania hitting town after the sighting. He gets Blitzer and the flock to help him turn the farm into an alien-centred half-arsed theme park called ‘Farmageddon’.

I must admit, I haven’t actually seen the first Shaun the Sheep Movie, but if Farmageddon is anything to go by, I’m missing a treat. What I appreciated most about the film is that there isn’t any dialogue at all, so everything is done visually (or sometimes with sound effects). Not only does this lead to plenty of great sight gags, but it means the storytelling is done efficiently and effectively without the need for clunky exposition. I wish more films would take a leaf out of this book and show rather than tell, whenever possible.

As with the Wallace and Gromit films, a lot of the humour comes from a mixture of classic but nonetheless amusing puns and plenty of film references. I’m not always a fan of over-using pop culture references for gags, after it became a tired trope in the 90s to early 2000s and in lazily-written kids movies. However, Farmageddon gets it right by keeping the homages to purely classic sci-fi or fantasy movies that fit the mould of the film, rather than making nods to current media trends that date before the film has been released. A lot of the jokes come in smaller details too, which are nice for geeks like me to spot. 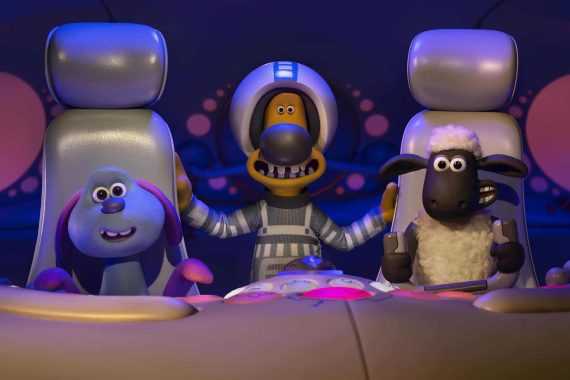 On the subject of classic film references, my only minor gripe with the film is its plot. It’s perhaps a little too familiar, borrowing heavily from E.T.. This didn’t bother me too much, though the story is also very slight when compared to some of the more sophisticated fare we’ve been treated to by Pixar and the better Dreamworks titles, like the How to Train Your Dragon franchise.

However, the Shaun the Sheep movies are aimed primarily at a younger, more universal audience, so keeping it simple isn’t a major issue and in many ways works in the film’s favour. It’s just a joyfully entertaining romp that won’t offend or trouble anyone. 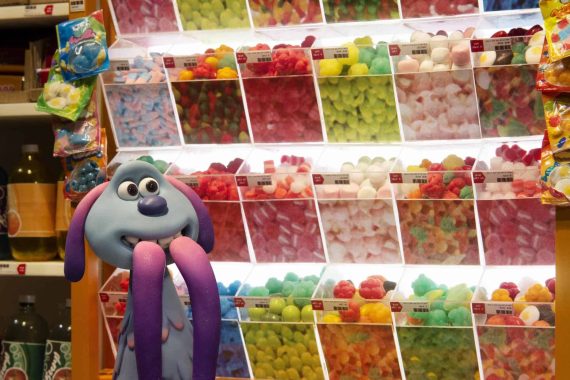 As is to be expected from Aardman, the film is very well made too. It has an attractive and fairly unique colour palette, with pleasing blues, purples and pinks for Lu-La and her ship and planet. The town of Mossingham is lovingly rendered too, feeling very typically English and looking quite realistic at times. There are a number of wonderfully English touches to the humour too, such as the toast 2001 monolith and a running gag involving a bag of chips.

Overall then, it’s a hugely entertaining family-friendly film that might ‘borrow’ heavily from E.T. but tells its story in a universal visual fashion with plenty of effective gags for kids and adults alike. It’s sure to become a family favourite like the best of the Aardman films. Oh, and make sure to stay right to the end of the credits as there’s a fun little treat hiding there. 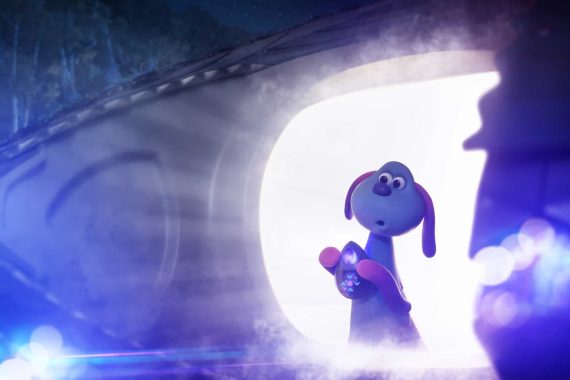 A Shaun The Sheep Movie: Farmageddon is being released by Studiocanal on Digital Download, Blu-ray, DVD and in a double pack with the first Shaun the Sheep Movie on 10th February. The picture and audio quality are first-rate.

These are all quite short and aimed at a younger audience, but I must admit the girls and I quite enjoyed working through them. I even had a go at drawing Lu-La and Shaun with reasonable success!