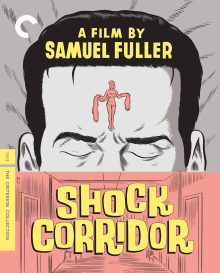 Sam Fuller was a force of nature. Shaped by his experiences as a New York crime reporter and as a soldier in World War 2, he had seen the extremes of human behaviour and was determined to put them on film. From the 1930s (as a writer) to the 1950s (also directing), he worked mainly in the studio system, trying to fit his style and subject matter into conventional Hollywood productions: westerns, crime and war films.

By the early 1960s, with studio opportunities dwindling, he raised enough money to make two films independently, which allowed the fullest (ha!) expression of his filmmaking. Though both Shock Corridor (1963) and The Naked Kiss (1964) have clear Hollywood genre elements, they also draw on exploitation and art cinema. Both are uneven and cheaply made, in black and white with minimal sets, but they are powerful, dynamic and distinctive. They have also been influential for a range of independently-minded directors since, including Martin Scorsese, Jim Jarmusch, Quentin Tarantino and David Lynch.

Of the two productions, Shock Corridor is, at first glance, the more conventional, at least in terms of its narrative arc: a journalist (Johnny, played by Peter Breck), is determined to solve a murder in a mental asylum. To get evidence, he arranges to have himself committed as a patient, against the advice of his girlfriend Cathy (Constance Towers) who, as part of the plan, has to pretend to be a sister for whom he has obsessive sexual urges. Once inside, Johnny methodically attempts to identify and interview witnesses, but is hindered by their delusions, and the watchfulness of the wardens, any one of whom could be the culprit. In addition, the longer he remains, the more he must submit to treatment, and the more it begins to impact on his own mental state. 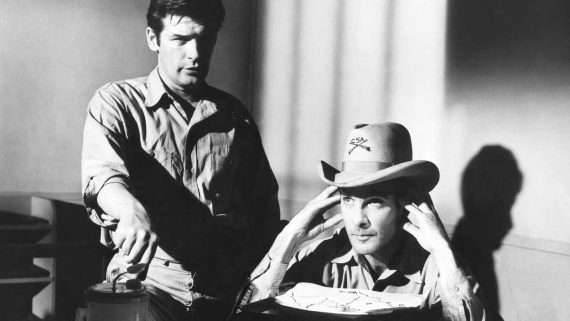 As Johnny deteriorates, it’s clear that Fuller has little interest in the true nature of mental illness or the workings of mental health facilities. In fairness, Fuller’s focus is elsewhere: each of the three witnesses Johnny tracks down has been driven insane by a different aspect of recent American conflict. There’s a deserter from the Korean war, a black student from a Southern college, and a scientist who worked on the atomic bomb. Each gets a lengthy monologue, and each actor really goes for it. It isn’t subtle. More unusually, Fuller splices these sequences with distorted colour footage that doesn’t obviously relate to their memories. It’s jarring and contributes to the sense that Johnny’s reality is coming apart. This is Fuller at his most experimental. Elsewhere, his instincts are more exploitative: Cathy works as a stripper, and Fuller finds space to include a full routine with little narrative justification (although Towers’ slight awkwardness as the routine progresses speaks volumes about her character). Fights also go on much longer than necessary. In one bizarre sequence, the gratuitous sex and violence come together, when Johnny accidentally stumbles into a room full of nymphomaniac women, who wrestle him to the floor as he screams. 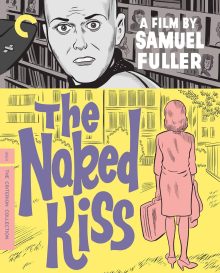 The Naked Kiss begins with a similarly memorable encounter. This time Constance Towers (who is excellent in both films) plays Kelly, a sex worker who has had enough and wants to start over. She’s introduced in the process of beating up her pimp. Mid-attack her wig falls off, revealing that she is completely bald. This single image somehow sums up Fuller as a filmmaker: it’s lurid and cheap (Towers in obviously wearing a bald-cap), but also raw, unexpected and unique. Once the pimp is unconscious, Kelly takes the money she is owed and – two years later with her hair regrown – ends up relocating to the quiet, small town of Grantville.

In Grantville she first encounters, and quickly sleeps with, the town police chief who points her to the Bon-Bon club, a high-class brothel on the edge of town where he suggests she find employment. Instead, Kelly decides to pursue a new career in the town’s hospital for handicapped children (again, Fuller isn’t subtle). This enrages the hypocritical policeman but also brings her to the attention of the town’s wealthy benefactor, Grant. Romance blossoms, but all is not what it seems.

With its demonstration of the darkness and corruption hidden within small-town America, The Naked Kiss resembles nothing so much as a prototype for David Lynch’s Blue Velvet and Twin Peaks. The Bon-Bon Club must surely have been an inspiration for Twin Peaks’ One-Eyed Jacks. For a film made when the production code was still in place, it goes in some surprisingly nasty directions. As in Shock Corridor, Fuller is also happy including jarring artistic flourishes, like when Grant is wooing Kelly with tales of travels to Venice, and the room around them fades to black, only to be replaced with footage of Venice canals. Perhaps because of its looser structure, The Naked Kiss feels like a better overall vehicle for Fuller’s particular talents. Both films, however, are unmistakably the work of a true maverick, and once seen, neither is easily forgotten. 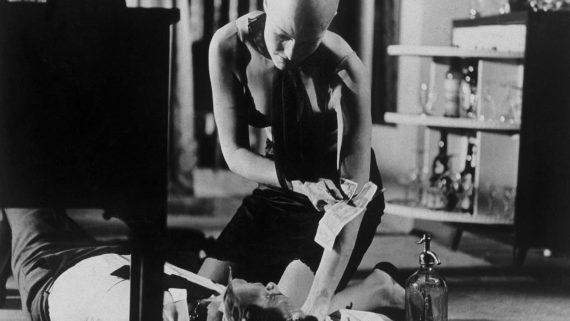 Criterion have a long history with these Fuller titles – they were among the first 20 films the company put out on DVD – and these Blu-ray re-releases (which came out in the US in 2011) are a vast improvement over those late-90s versions. Both Shock Corridor and The Naked Kiss have been fully restored and they look and sound as good as they possibly could, given their low-budget origins.

For each release, there is a 30-minute retrospective interview with Constance Towers, conducted in 2007. For Shock Corridor, Towers discusses her upbringing, move to Hollywood and work for John Ford, and her first encounters with Fuller. For The Naked Kiss, she focuses on Fuller’s working practices in more detail, her later career, and Fuller’s memorial service. She’s an eloquent, charming interviewee with excellent recall of the two productions. She evidently values her time with Fuller (and Ford) very highly.

Each disc also has archival interviews with Fuller, ranging from the late 1960s, to the mid-1990s. The longest and most recent is with Shock Corridor, in the form of The Typewriter, the Rifle and the Movie Camera, an hour documentary produced by the BFI and Independent Film Channel. Fuller is interviewed by Tim Robbins in Paris, and there’s insightful comments from Martin Scorsese, Jim Jarmusch and Quentin Tarantino. Robbins and Tarantino are also invited to poke around Fuller’s old office, which is filled with scripts, pictures and memorabilia from throughout his career. Despite his age (Fuller died a year later, age 85), the subject is on great form, barking out anecdotes between puffs on his cigar.

With The Naked Kiss, we get to see him younger, though still barking: in 1967 in 24 minutes of excerpts from the French TV show Cineastes de notre temps; in 1983 in 32 minutes of excerpts from an episode of The Southbank Show; and in 1987, in a 13 minute segment of the French TV show Cinema cinemas. Across them all, Fuller sells a consistent story of the importance of newspapers and the military to his work, and his fond memories of working in the studio system for characters such as Darryl Zanuck.

Both films come with their theatrical trailers. They also have booklets containing critical essays and excerpts from Fuller’s autobiography, as well as eye-catching covers designed by Daniel Clowes.