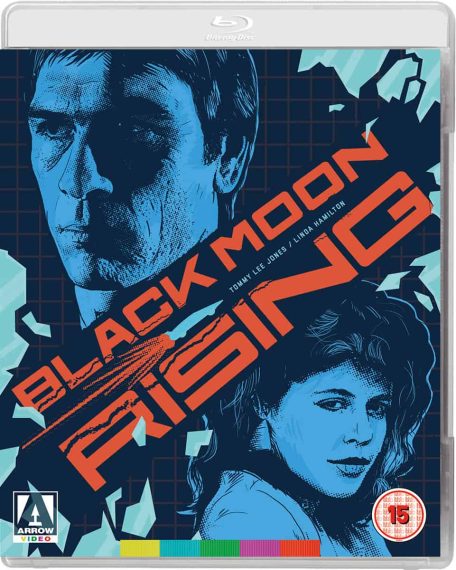 “Look there’s a couple of ways we can do this!”

Quint (Jones) is a super slick thief who has just made off with a disk full of sensitive evidence and hidden it within new fancy super car The Black Moon (as you do!). Pursued by nasty goons (led by the great Lee Ving) who want the evidence back, Quint’s predicament worsens when a gang of sophisticated car thieves steal The Black Moon and hide it within the bowels of a fortress like skyscraper. The gang is overseen by the shady Ryland (Vaughn) and Quint’s only chance of getting The Black Moon is to team up with Nina (Hamilton), Ryland’s best car booster, and break into the tower and steal the car back. 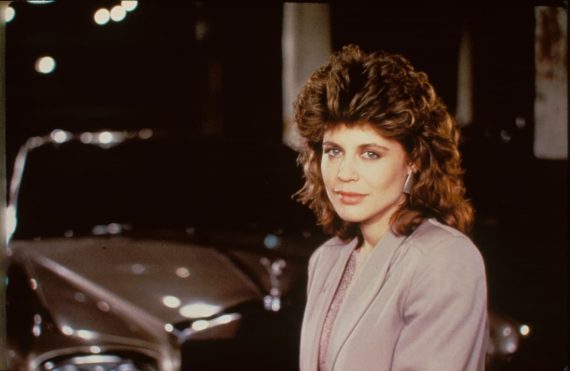 Super charged cool, 80s style, ensues as Tommy Lee Jones tears around night time LA firing off hard boiled one liners with aplomb. In fact, he’s more super charged than the tops 300mph Black Moon, and shows a lighter side to the more serious one most of us are used to. He propels through fisticuffs, chases and diamond hard dialogue that is so entertaining if you were to remove the souped-up super car the film would still be as kinetic and fun. The rest of the cast are no slouches either with Hamilton on fine feisty form, Vaughn slippery as an eel, and Lee Ving as equally rocket charged as Jones as he relentlessly pursues Quint. Hell, the cast is a treat of familiar 80s genre faces with appearances from the likes of Bubba Smith, Nick Cassavetes, William Sanderson, Kennan Wynn, Don Opper and Richard Jaeckal. Coupled with some slick neon drenched photography from Misha Suslov, a stylish soundtrack from the great Lalo Schifrin and the fact the flick was co-written and co-produced by the one and only John Carpenter means Black Moon Rising is a cracker. 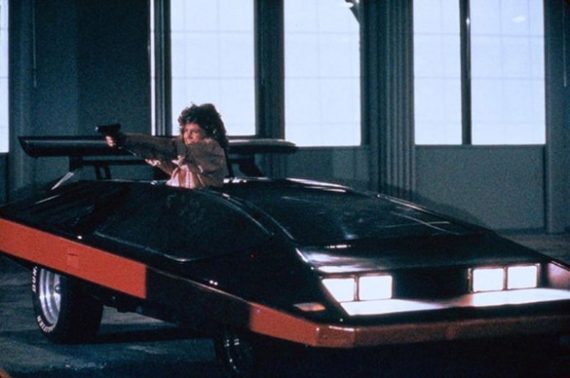 A tough, pulpy, fast moving gem. Check it out.

Black Moon Rising is released on Blu Ray in the UK April 15th 2019 from Arrow Video and is packed with impressive features. Trailers, radio spots, audio commentary by Lee Gambin, Sound of Speed featurette with composer Lalo Shifrin , Carpenter’s Craft  a new video essay on John Carpenter, Collector’s Booklet and a unique featurette which showcases alternative scenes used for the Hong Kong print. However the best of the extra features are the Making of which has some great behind the scenes footage of how they shot the movie and Black Moon Ascending which is a fascinating interview with director Harley Cokeliss about his career and the making of the film. He is a warm, humble and interesting filmmaker who seems proud of the film (as he should be) and refreshing to see a director talk so positively about their work.