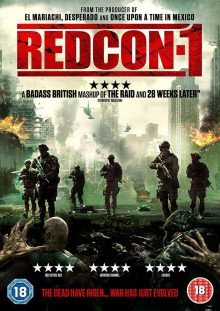 Due to military tinkering, looking for ways to enhance your average soldier, a zombie apocalypse breaks out, originating in a London prison (actually one in Glasgow), one which threatens to end all humanity once and for all. A crack teams of special forces soldiers are therefore sent into the city, on what appears to be a suicide mission, to retrieve the doctor who created the first ‘zombie’ in the small hope that he can reverse engineer a cure. And, to further ramp up the tension, they have less than 72 hours to do this or, allegedly, it’s game over for everyone! This band of eight tough-nuts includes a giant of a man (played by Martyn Ford), a female sniper (Katarina Waters), an SAS nutter (Mark Strange) and their overall leader (Oris Erhuero).

What follows are a series of close calls, fire-fights, martial arts fights and even a bit of romance as the bickering group make their way across London within the contaminated zombified zone. Along the way the group encounter hordes of vicious zombies, a young girl who might hold the key to the cure to zombiehood, a crazy skull-faced biker gang, and a group of more normal survivors holed up in a church. They also come across some locations that most definitely are not in London!

One’s enjoyment of Redcon-1 will depend very much on one’s tolerance for lower-budget zombie movies and their ilk, especially films like 28 Days Later, REC and World of the Dead. If you’re a full-on fan of this particular sub-genre of horror movie you’ll find much to like, although Redcon -1 is less of an outright horror movie and more of a ‘men-on-a-mission’ movie, with zombies instead of evil Nazis.

I have to confess, here and now, that I’ve been a fan of the director’s work ever since I screened two of his films (Underground (2007) and Bodyguard: A New Beginning (2008)) at a film festival that I used to run, namely Phantasmagoria. I really enjoyed both films and have kept an eye on what Chee has been doing ever since. Hence, when I heard that he’d done another feature I was excited to see it. So, was it worth the wait?

Firstly, my gripes about the film… I thought it was overlong and would certainly benefit from some additional trimming. Two hours is too long for a zombie film, however complex it is. In fact, I saw an earlier place where they should have ended the film and then returned in a sequel to finish it all off, as the story that Chee and his fellow writers set out to tell is an epic one and would have probably worked better as a mini -series or even as a two-parter or perhaps as a trilogy. The result feels like the makers were trying to cram too much into one film. In fact, because there are quite a few strands to the story, the movie feels a bit disjointed at times, which unfortunately has the effect of reducing the tension, an element one needs to sustain an interesting and exciting zombie movie.

There are also a few times where the ‘hero group’ did things which don’t really ring true or just seemed dumb given the circumstances the characters found themselves in. 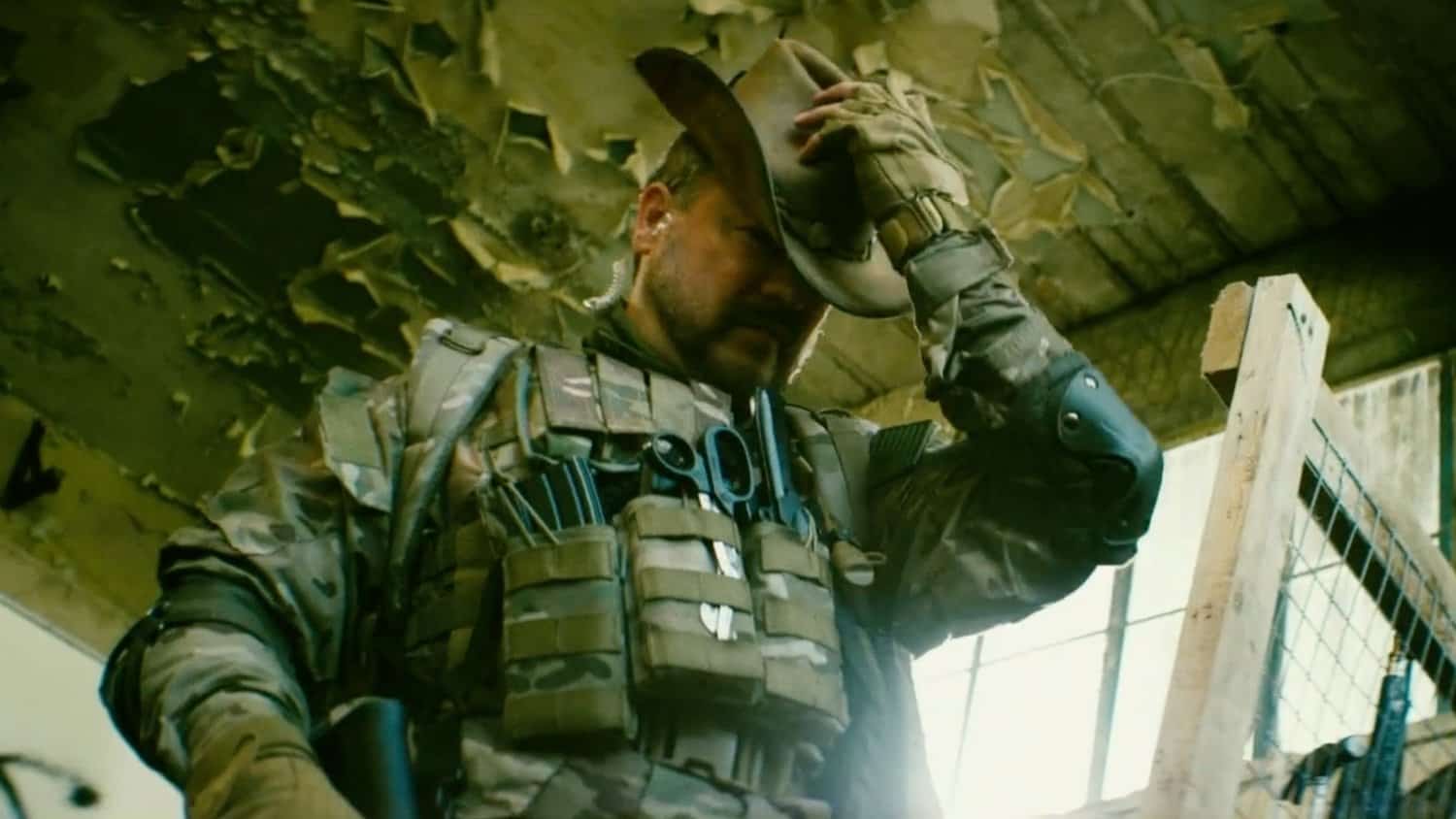 On the plus side, Redcon-1 looks really good and DoP Lorenzo Levrini does a great job given what must have been a very tight budget. It also shows plenty of flair in its action and fight scenes, something Chee hasn’t lost since his earlier films. The zombie make-up effects are of a high standard and the zombies are quite well played by the masses of extras Chee managed to entice onto his sets. It also has to be said that the sheer scale of the film, with its masses of extras and sizable amounts of military hardware on display, is most impressive too.

I think kudos must go to Chee and his team for producing such an ambitious project, but I couldn’t help but feel that this was a step down from, say, Bodyguard: A New Beginning which, at least for me, had much more emotional resonance and better character development than this film. That aside, I hope Chee, Mark and the rest of the Intense Productions team continue to make interesting and exciting movies in future; they truly deserve the opportunity to do so. 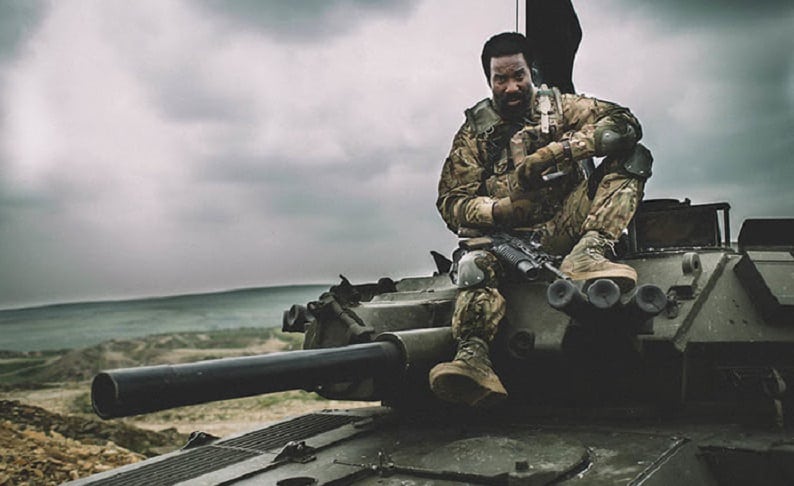 Redcon-1 is being distributed by 101 Films on DVD, Blu-ray and Digital download. There are a plethora of extras on the DVD including:

Behind the scenes (15 mins) – Short interviews with the likes of Chee Keong Cheung, Mark Strange, Joshua Dickinson, Michael Sheenan, etc. mixed with behind the scenes footage; basically an EPK. We get to see scenes from days one, four, six and seven of the shoot.

Cast and crew interviews (38 mins) – We get to hear from DoP Lorenzo about how Chee storyboarded everything and had proper a paper edit. The editor and sound engineer talk about how they got started in the industry and about their careers. We learn that it was the composer’s longest composition for any film. And a few of the actors talk about their experiences of being on the shoot and working with Chee.

Community (9 mins) – A nice little mini documentary about a few of the zombie extras, revealing their back-stories and how the experience has changed their lives for the better.

Event (7 mins) – We follow the cast and crew on the road attending various film festivals to promote the film. The overall message given to audiences was not to give up on your dreams.

Deleted scenes (11 mins) – These include a very ambitious pre-credit sequence with lots of tanks, etc. There’s also an expensive looking vehicular accident scene. However, I most enjoyed the top ten zombies that didn’t make the final cut; they made me chuckle!

Armed forces (4.5 mins) – A short interview with Terry Crosby, the film’s military advisor. Terry was in the forces for 30 years and found working on the film was quite cathartic.

Trailer & indents (3.5 mins) – A trailer and some teasers that make the film seem very fast-paced.

Photo gallery (2.5 mins) – Approximately 20 stills which are held on screen for too long. 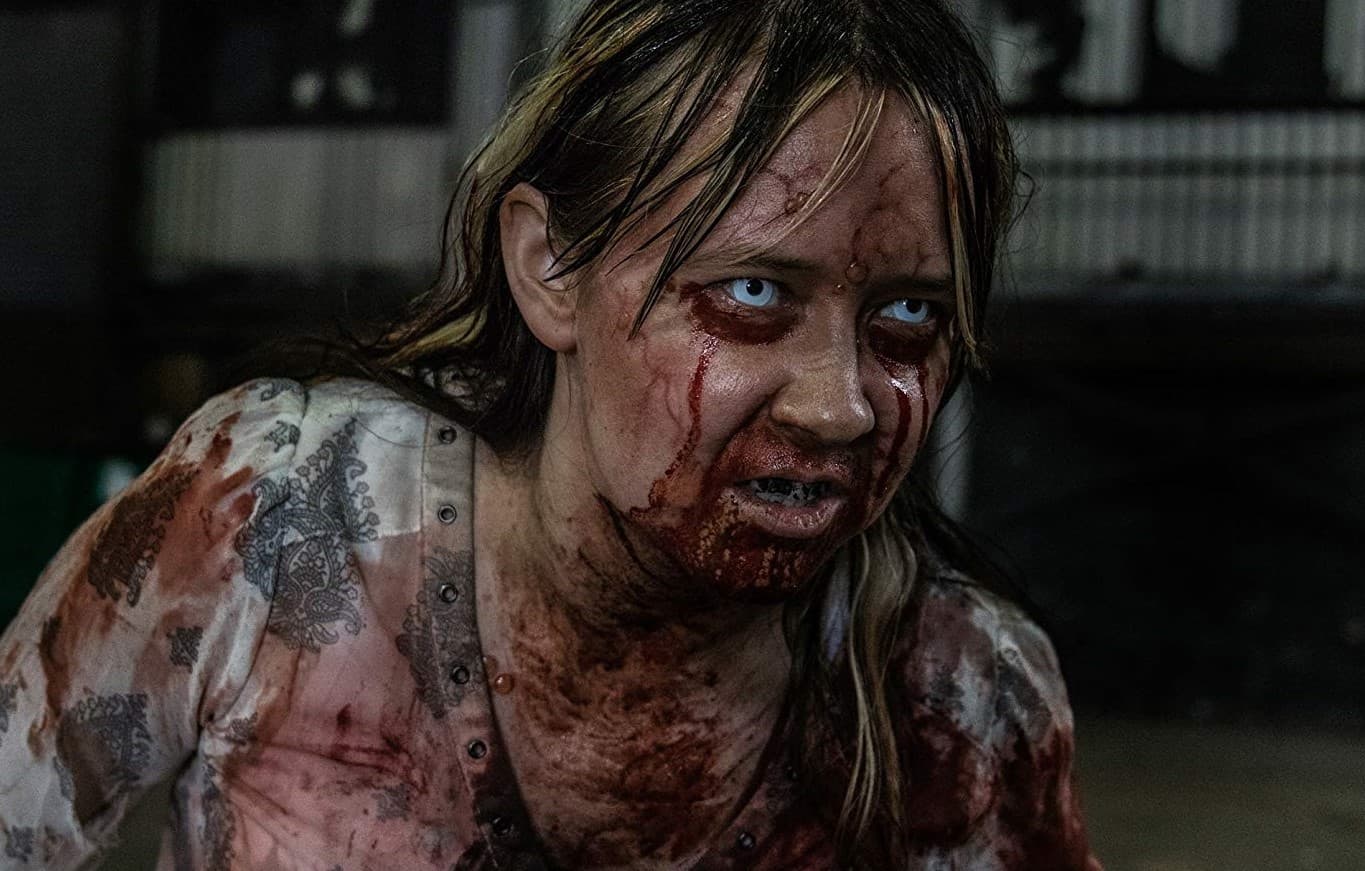