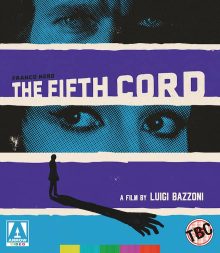 Dario Argento’s feature film debut, The Bird with the Crystal Plumage, wasn’t the first giallo but when it was released in 1970 it proved to be a huge success and launched a tidal wave of similar films over the next few years, turning the genre into the household name it is today (at least in film-buff households). One of the titles jumping on this band-wagon was Luigi Bazzoni’s The Fifth Cord. The director hadn’t made many features prior to it, but one, The Possessed, was a sort of ‘proto-giallo’ which may have helped him get this gig. He didn’t make many films after The Fifth Cord either, directing only 10 features in his lifetime (5 of which are chapters in the same documentary series) despite living to the ripe old age of 82. He’s never been considered one of the great Italian genre directors, but Arrow Video have deemed his work fit for reappraisal, releasing both The Fifth Cord and The Possessed in typically polished and extras-packed Blu-Ray packages. I was tempted to give both a try, but didn’t have time and opted for The Fifth Cord as I’d heard it mentioned before as an underrated giallo that’s worth checking out.

The Fifth Cord stars Django himself, Franco Nero, as Andrea Bild, an alcoholic journalist who’s trying to solve a series of killings before the police. He’s not just keen to stop the killer, but keen to clear his name as each death seems to be connected to Andrea and a group of his friends who were at a party together one night. The further Andrea seems to dig though, the closer the crimes become connected to him.

Also implicated in this mystery is Andrea’s ex-wife/partner Helene (Silvia Monti). The investigation gives him a chance to try to reconnect with her, but she’s moved on and seems comfortable looking after her young son by herself (it’s unclear who’s the father, as another former partner is mentioned). Andrea persists while trying to figure out who the serial killer is and why everyone around him seems to be mixed up in it. 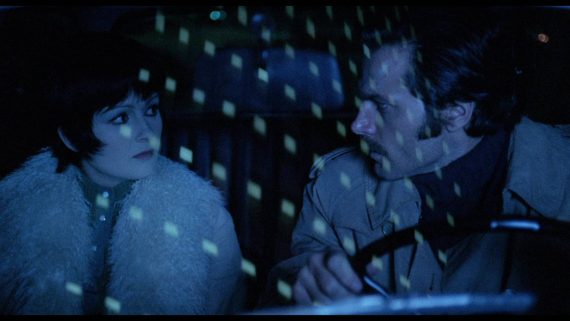 Unusually for a giallo, the story is based on a novel by a Scottish author, David McDonald Devine. This isn’t obvious on screen though, as it’s been transposed to Italy and makes the most of its locations in modern areas of Rome. The plot and some other tropes feel quite by-the-numbers for a giallo too, with its journalist protagonist solving a murder mystery rather than the police and the killer making good use of black leather gloves.

What it lacks in comparison to a lot of the more famous gialli though, is elaborate and bloody murder set-pieces. Yes, there are a few killings, but they’re pretty mild compared to the likes of Argento or Fulci’s classic scenes of terror. One murder even ends with the victim dying of a heart-attack rather than a razor blade or similar.

I found the pace a little laid back too, so it disappointed me in terms of typical thrills. The finale is very effective though, with a genuinely tense sequence where we discover the next victim might be a child left alone at home. This is followed by an exciting showdown against hero and villain in an abandoned warehouse. It’s a shame the final cracking of the case leading up to these scenes is rather flimsy, involving days of the week and astrology. 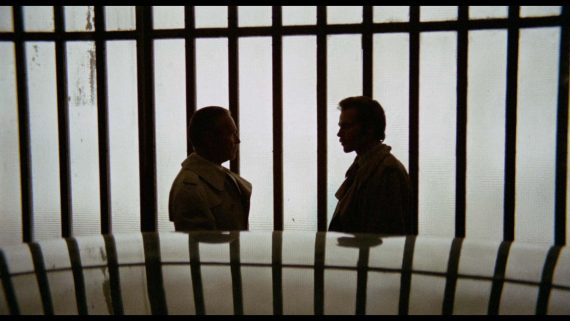 The Fifth Cord does have something over other gialli though; its cinematography. The giallo is a genre crowded with stylishly shot films, particularly those directed by Argento. The Fifth Cord isn’t as stylised as many of them, but each shot is gorgeously crafted and the film looks simply stunning. This will come as no surprise when you learn the DOP was Vittorio Storaro. Thought by many to be the greatest cinematographer who ever lived (he’s still knocking around now in fact), Storaro lensed such eye-poppingly beautiful films as Apocalypse Now, The Last Emperor, Last Tango in Paris, The Bird with the Crystal Plumage and a film I consider possibly the best shot of all time, The Conformist. The latter was made only a year before The Fifth Cord and you can see some of Storaro’s same considered use of framing and depth to reflect the situations and psychological states of the film’s characters. Shadows and silhouettes play a big part too and there’s great use of colour, subdued in comparison to many gialli, but very attractive nonetheless.

So, although The Fifth Cord is a little by-the-numbers in terms of plot and isn’t the most exciting, violent or fast-paced of gialli, it is one of the best-looking and that’s saying something. A strong finale helps make up for the mediocre build-up too. So it’s a worthy example of the genre, even if it doesn’t quite match up to the very best. 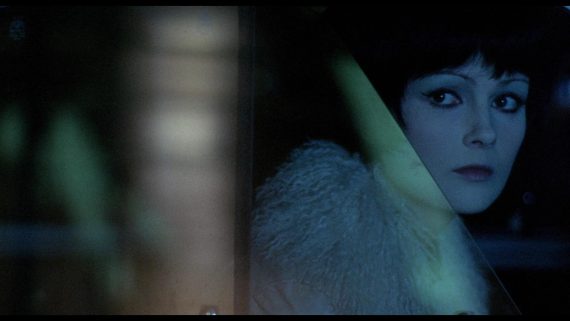 The Fifth Cord is out on 4th February on Blu-Ray in the UK, released by Arrow Video. It looks great, doing justice to the beautiful cinematography. It sounds good too, with both Italian and English dubbed options available (I watched the Italian version in case anyone cares).

It’s a pretty stacked selection considering the film isn’t one of the better known gialli of the period. In the commentary, Crawford does a good job of covering as many bases as he can in the film’s relatively short running time, although he over-repeats his point about the way Bazzoni and Storaro shoot characters through windows and obscure them in other ways. Nisbet’s essay covers this a great deal too and it felt like she was maybe overanalysing a film I found fairly generic for the most part. Her points were largely valid though, so maybe I should have been watching with a more critical eye rather than expecting a lurid bloodbath.

Mackenzie’s piece provides further food for thought and the Nero interview is enjoyably nostalgic. He talks of his friendship with Bazzoni and Storaro. He’d made one of his first films, a short, with the pair and in this interview he says he took on this role during a blossoming international career due to their involvement.

I actually haven’t had chance to watch the Alabiso interview yet as I tend to listen to special features when I’m out and about rather than watch them and this is in Italian, but pieces on editors are always welcome (I’m an editor myself). Speaking of editing, the deleted scene is surprisingly good. I quite often skip over these as I’m rarely interested in the offcuts of a film. However, this is a really nicely flowing montage with a couple of wonderful shots. You can see why it was cut out though as it doesn’t really drive the story forward. 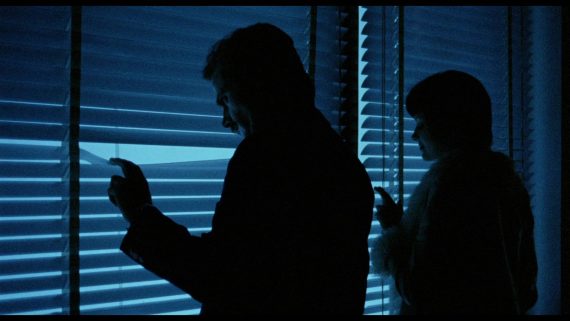