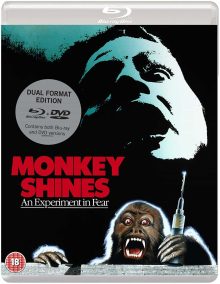 Allan (Jason Beghe) is a young man, in his prime, with everything to live for. In great physical shape, and with a beautiful girlfriend, Lina (Janine Turner), he has so much to look forward to. Alas, he is knocked over and badly injured in an accident involving a car, leaving him severely disabled, unable to feel anything from his neck downwards.

His life turned upside down, he soon finds out who his real friends are when his girlfriend leaves him for his surgeon, Dr Wiseman (Tucci), and his mum heads out of town leaving him with a gadget-filled house and a grumpy quadriplegic nurse, Maryanne (Forrest), to assist him. Fortunately for him, he’s still got one good friend remaining, Jeff (Pankow), who is doing research into brain development in monkeys. Hearing about the ‘Helping Hands’ programme, which schools monkeys to help care for severely disabled people, he donates one of his own laboratory monkeys, Ella, to the programme to be trained up to care for his pal, Allan.

Mel (McNeil), who trains the monkeys, brings Ella along very quickly and soon the two of them are also very much a part of Allan’s life too; much to the disapproval of nurse Maryanne who clearly feels that the monkey’s involvement belittles her own job! Allan and Ella soon form a close bond, almost to the point where he’s sure she can read his emotions and act upon them. 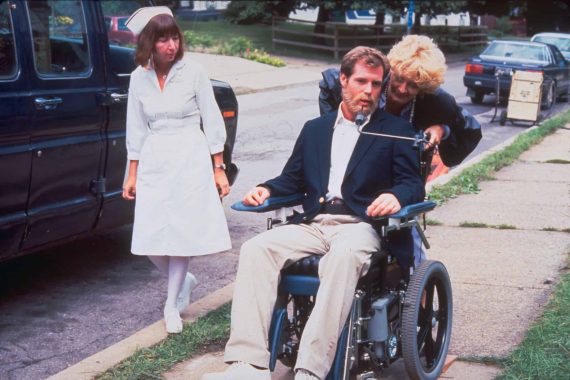 What Jeff hasn’t told anyone is that his line of research involves injecting his monkey subjects with human brain tissue in the (unlikely) belief that this might increase the primate’s own intellect. It seems to have worked in Ella’s case, but it also seems to make the monkey more protective of Allan and therefore aggressive, even to the extent that she sets out on murder sprees on his behalf when someone angers or upsets him!

As Allan becomes increasingly frustrated with his new lot in life so the monkey seems to encourage the man’s ‘Hyde side’ to emerge more regularly, itself almost encouraging her own excesses in behaviour. Only too late does he realise that Ella has to go, but his new ‘protector’ won’t go anywhere without a fight! 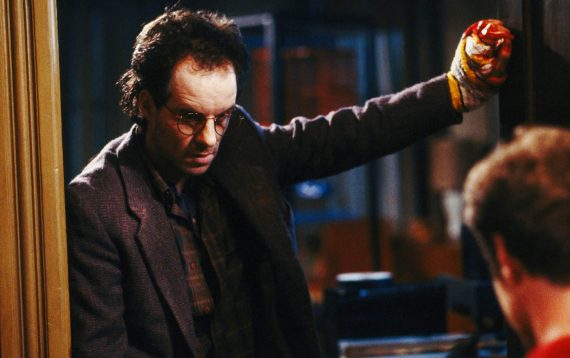 Based on a novel by Michael Stewart, Monkey Shines is certainly a different kind of animal of a film (see what I did there?). By basing the film’s premise on a real disability programme, despite some dodgy scientific assumptions, the film maintains its believability quota, thus making the whole story somewhat more disturbing.

The film is also helped by some terrific performances by a uniformly excellent cast who really nail their respective roles. In particular, Jason Beghe (channelling Robert De Niro at one point) is excellent as Allan and John Pankow fantastic as his slightly shadowy friend. Fresh-faced Kate McNeil is also really good as the monkey trainer who soon becomes much more than just a helping hand to both Allan and Ella.

The film is well made, and, even though most of it is shot in one place, one never gets bored of the visuals, probably thanks to the activities of the ever fascinating Ella! The dream sequences are also quite weird, showing the monkey going about her murderous business through Allan’s mind’s eye. 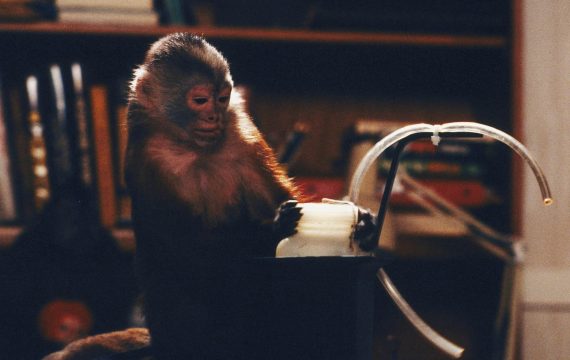 The visual effects that ably support the monkey’s real-life activities are well handled by Tom Savini and his crew; although Alison Pascoe, the real monkey trainer, should also receive plenty of accolades since the monkeys behave remarkably well and fulfil their tasks ably throughout the film.

While the final act of the film is quite tense and grim, there are some genuinely funny moments throughout, mostly due to the monkeys, so there are some shades of light sprinkled throughout the running time.

Unfortunately, for me, the main problem with Monkey Shines is the fact that the monkey isn’t really scary; it’s more cute, but with an attitude! This is a major problem when it comes to a psychological horror film like this one. 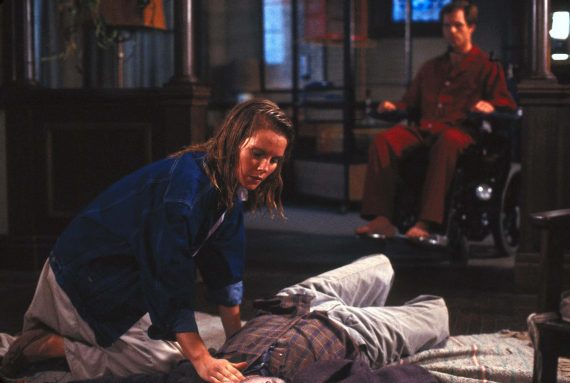 Eureka Entertainment are distributing Monkey Shines on Blu-ray and are to be commended for their excellent HD transfer of the film. Extras on the disc include:

An Experiment in Fear: The Making of Monkey Shines (49.5 mins) A really informative documentary that features the likes of George Romero, Jason Beghe, Kate McNeil, John Pankow and Tom Savini all talking about their roles and their experiences on the movie in an engaging way. Romero sees the film as being a love story with Jekyll and Hyde aspects to it, while Savini remembers that the main monkey was addicted to Nicotine! Apparently George lost out on directing Pet Cemetery due to having to finish off Monkey Shines first…

Alternative ending (5 mins) – Gives us the chance to see the more OTT ending that George originally envisaged for the film.

Vintage making of (5.5 mins) – More of an EPK than a proper making of, we still get to see some nice behind the scenes stuff.

Behind the scenes (13 mins) –   This includes monkey puppet test footage, which is quite interesting, although it was obviously shot in an area of the production base where health and safety wasn’t highly regarded, judging by the SFX man standing on a wobbly swivel chair casting a fishing rod out from it with a fake monkey attached to the end!

Trailers and TV spots (4 mins) – A couple of theatrical trailers and one TV spot. The clockwork monkey used is quite freaky! 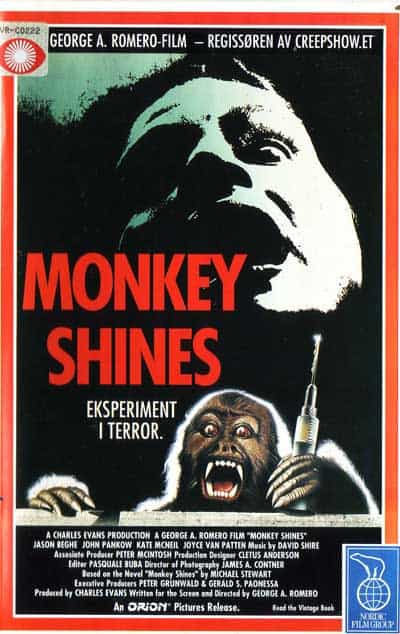