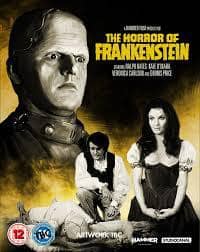 Celebrating sixty years of Hammer Horror; Studiocanal unveil The Hammer Horror Collection, I’ve had a gander at The Horror of Frankenstein. Way back in 1957 Hammer’s first colour horror film was released with such success that it paved the way for a feast of nasty treats and sixty years later we are still celebrating all things morbid with the help of Studiocanal and Park Circus.

The Horror of Frankenstein opens with young Victor Frankenstein (Ralph Bates) annotating naughty pictures in his school desk, claiming he is studying anatomy; amusingly in a classroom full of adults trying extremely unconvincingly to look like teenagers. Victor decides he has learnt all he can at home and asks his father if he can go to University, but the Baron is not keen on Victor squandering his money and turns down his request. Victor is not impressed so he arranges for his father to have a shooting accident. Soon Victor is at his father’s funeral without a shred of remorse; now he is Baron and can go to medical school in Vienna. At University he continues his womanising ways, getting the Deans daughter in trouble, kindly offering to do a little operation on her to solve the problem, causing the Dean apoplexy. 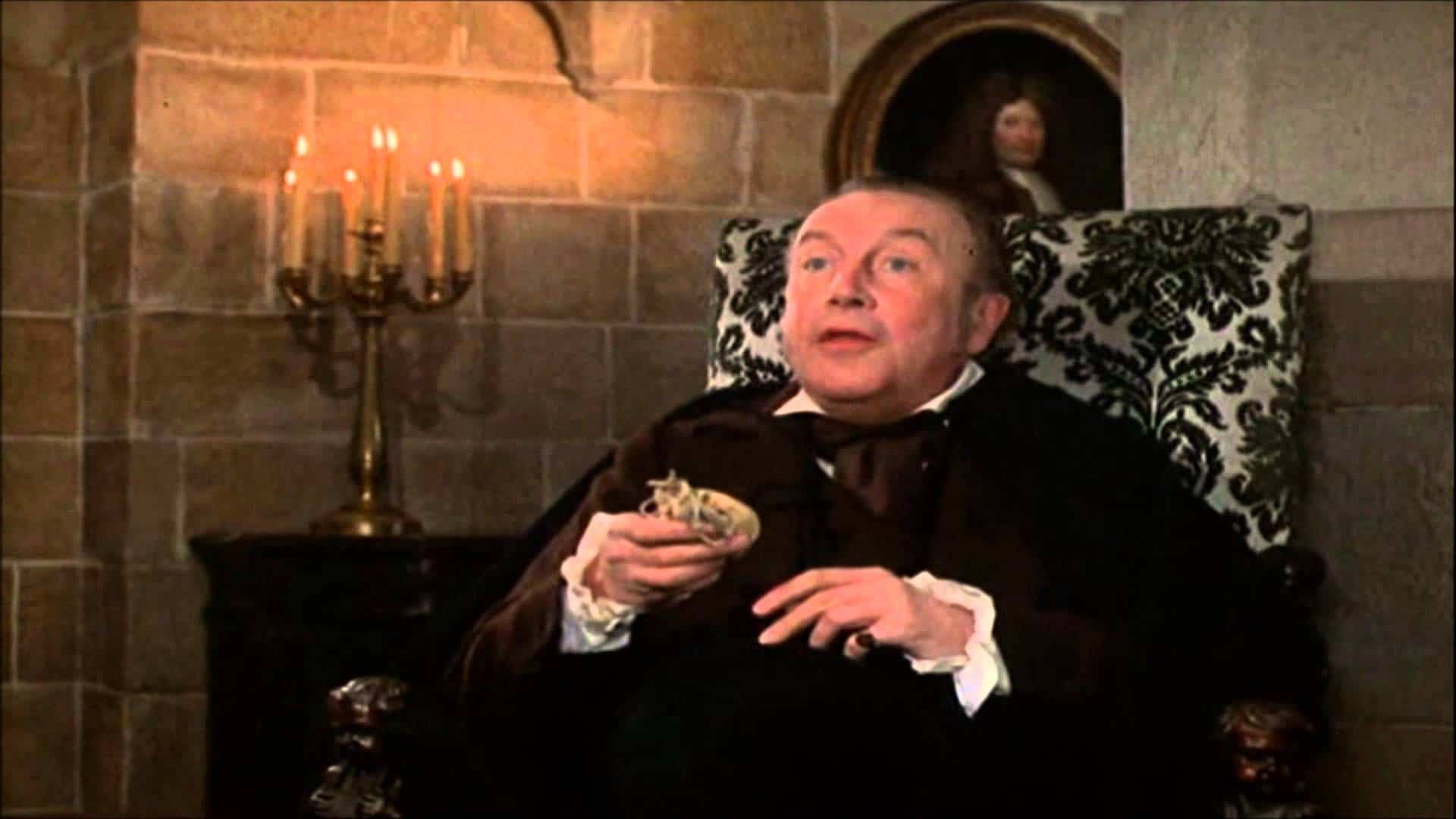 After causing mayhem at medical school Victor decides he has learned all he can, as his intellect far out strips the bumbling lecturers. He returns home to his spooky castle with his best mate Wilhelm Kassner (Graham James) to continue his ungodly experiments. He enlists the help of the local grave robber (Dennis Price) who amusingly gets his long suffering wife (Joan Rice) to do all the hard work digging up the bodies, while he feasts on wine and bread. Victor collects quite a mound of body parts and is able to continue his diabolical experiments with life and starts to put the pieces together to create his monster. Victor manages to re-animate the inverted abomination ignoring the fact that he has fitted it with a bad brain. Not unsurprisingly the creature goes on a rampage and when it’s not rampaging Victor uses it to do away with anyone who gets in his way. The bodies pile up until the amusing conclusion when an unruly woodsman’s daughter (Carol Jeayes) carries out her own rampage around the Baron’s laboratory. 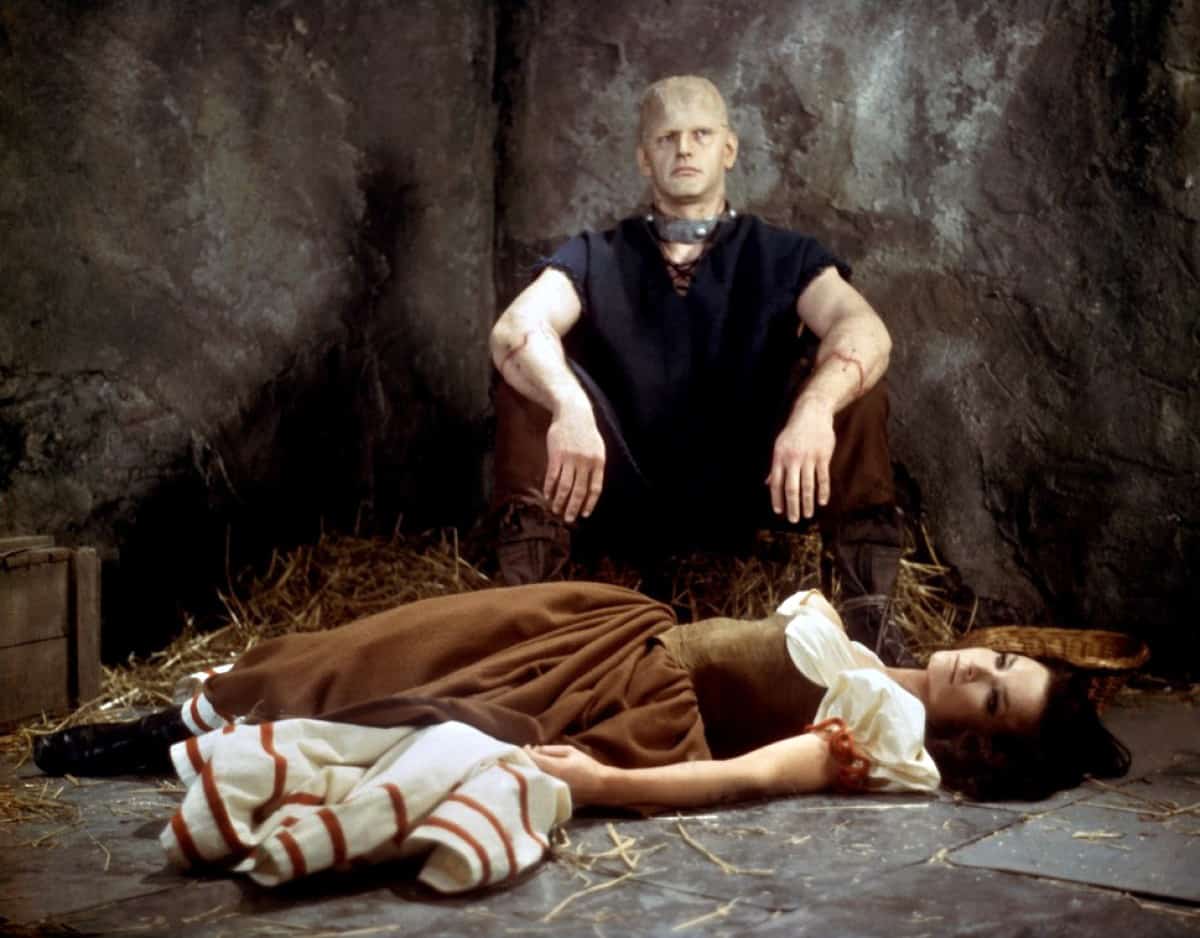 A surprisingly entertaining escapade, it’s a sort of early Re-Animator (1985) with a thick lashing of humour, including a severed arm giving a two finger salute, a hilarious electrocution, and a very posh grave robber. A fine performance by Ralph Bates as the charming psychopathic Victor Frankenstein is well supported by the conniving house maid (Kate O’Mara). While poor Elizabeth (Veronica Carlson), who’s fallen in love with the psycho Baron, is offered a job as his house keeper instead of the marriage proposal she was hoping for.

This is another classic which has improved with age, it’s ahead of its time, it contains a lot of the dark humour to be found in ten years time. Despite a monster that looks as if he has a plastic bag and some shelf fittings Sellotaped to his head, it’s a highly enjoyable experience, enhanced by the appearance of the world’s first undead tortoise. The tortoise has a penchant for human flesh when brought back from the dead, it takes a chunk out of the evil Baron, maybe taking inspiration from George’s Night of the Living Dead (1968) flesh eaters…just a thought.

The Horror of Frankenstein is raised from the dead on 29th January on DVD/Blu-ray doubleplay, released by Studiocanal. I was lucky enough to review the doubleplay disc which is stunningly vivid, the sharp picture quality is quite remarkable and looks incredibly flesh…sorry I mean fresh. The disc I reviewed contained the extra; a new featurette- Gallows Humour: Inside The Horror of Frankenstein. I really enjoyed the informative and well produced extra although I thought it a little short. However the finished disc promises more extras…you’ll just have pop out and get the finished product for the full hair raising experience.