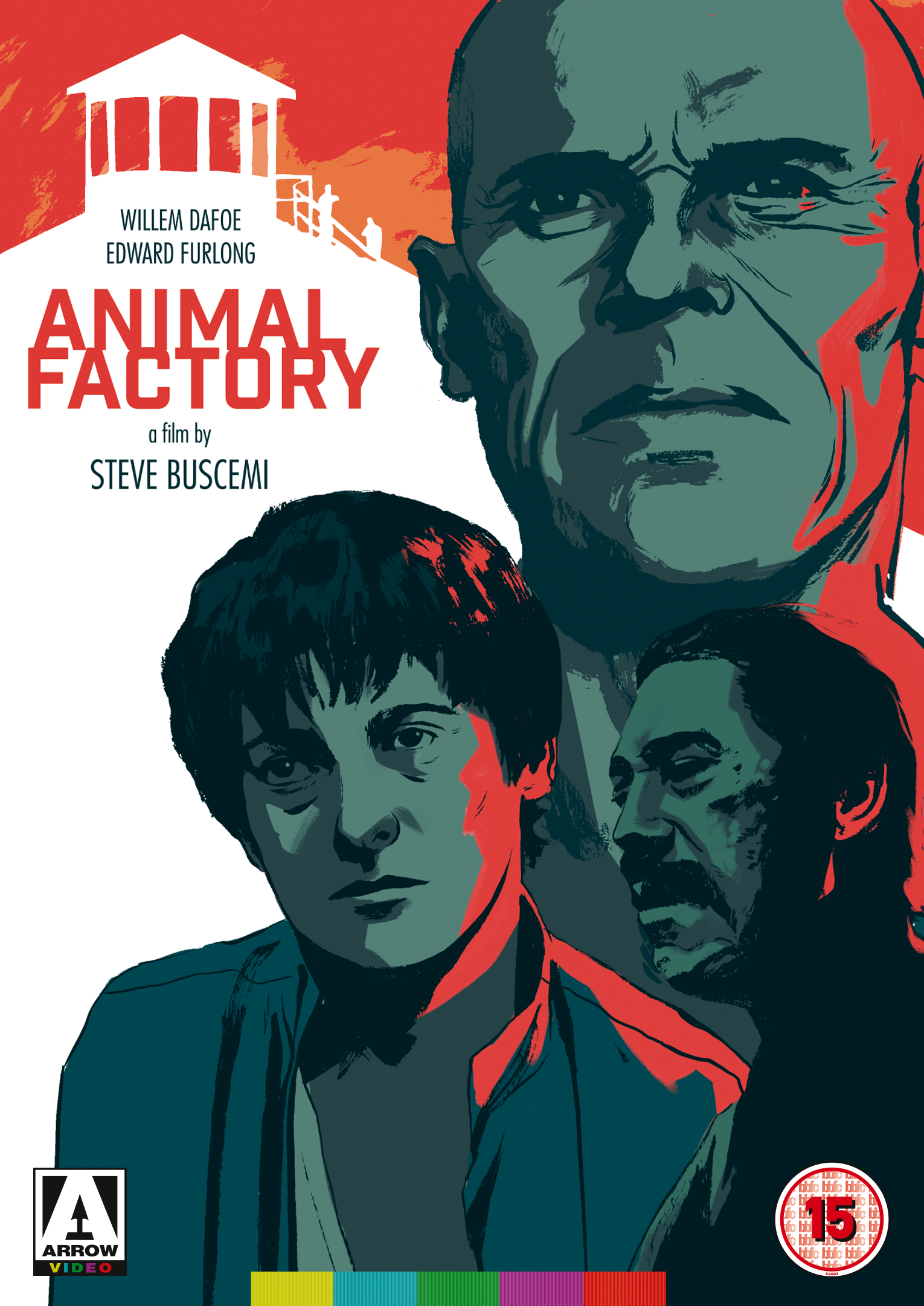 Arrow have poked us in the eye again with another nasty offering; this time we are subjected to the rigors of prison life on DVD and Blu-ray. Directed by Steve Buscemi and with this star studded cast, Willem Dafoe, Edward Furlong, Danny Trejo, I’m expecting the full train crash.

Ron Decker (Edward Furlong) has been sent to jail after a drugs bust and he is soon welcomed into Earl Copen’s (Willem Dafoe) gang. Ron is helped out by Earl when three Puerto Ricans try to rape him, and Earl continues to help out Ron by getting him better food and position within the jail. Earl comes up with a plan to reduce Ron’s sentence while Earl tries to stay out of trouble himself to reduce his threat to society. However,  after Ron gains some rather nasty unwanted attention from Rowan (Tom Arnold), Ron is involved in a fight with him, which results in him and Earl being locked down in their cells. 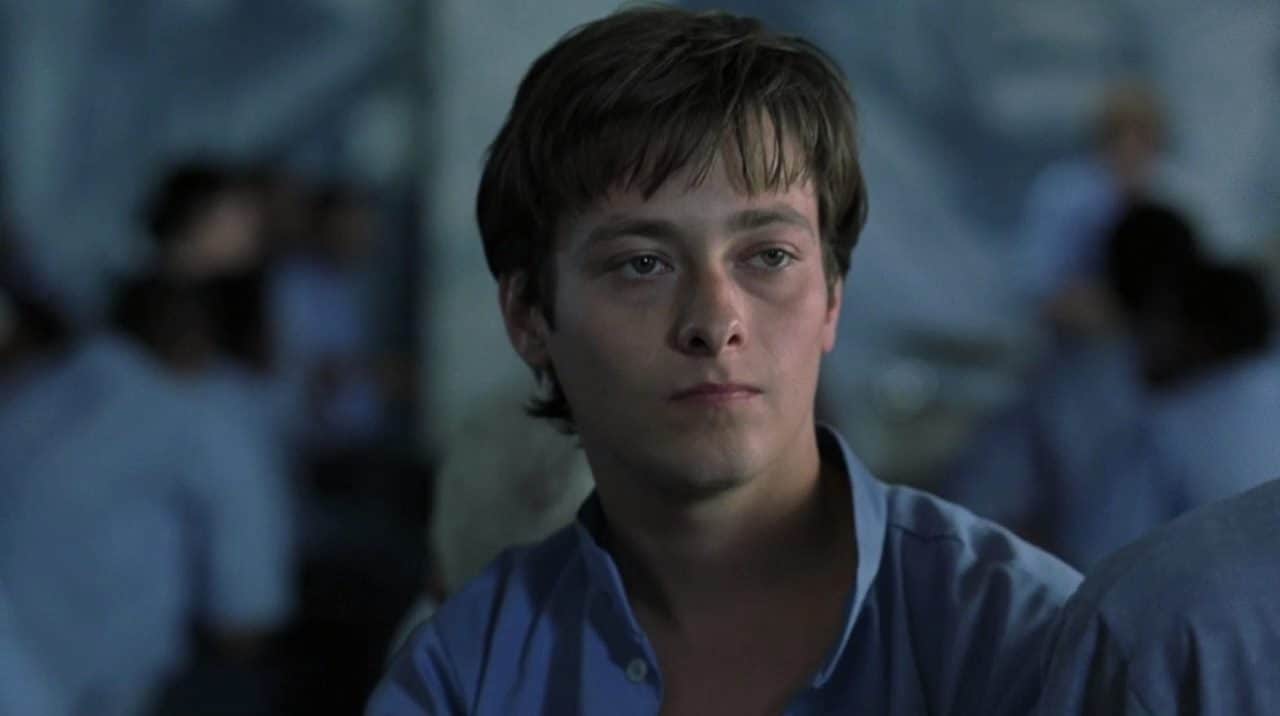 As Ron has been involved in a knife attack his request to have his sentence reduced is stopped, but because Rowan is a snitch he gets poisoned and the case is dropped as the main witness is dead. When the two are released, they plan to escape and the cunning plot leads to a dramatic jail break with things not going quite as planned.

Animal Factory was filmed in 2000, but looks more like a 1970’s flick, feeling like the original version of Assault on Precinct 13 in tone. With Furlong as a key character I was hoping for the dizzying heights of American History X, however the animals are on slow burn in this prison without the gritty nastiness I was hoping for. Some of the riot scenes start to bulid the desired tension, this is a film that sets the marker for future prison romps with fine acting, depicting the cruelty of the penal system. The 1970’s atmosphere filmed with an institutional palette provides the back drop to hard nuts positioning themselves, taking retribution when needed, escalating into a menacing face off. This film builds towards the end  with a nice touch of blood letting, some weird vomit and a slashing, finishing on an ever so slightly touching finale.  It’s all helped along as strong characters aid a compelling story which eventually works well to engage the viewer and delivers a convincing peek into the horrors of prison life. 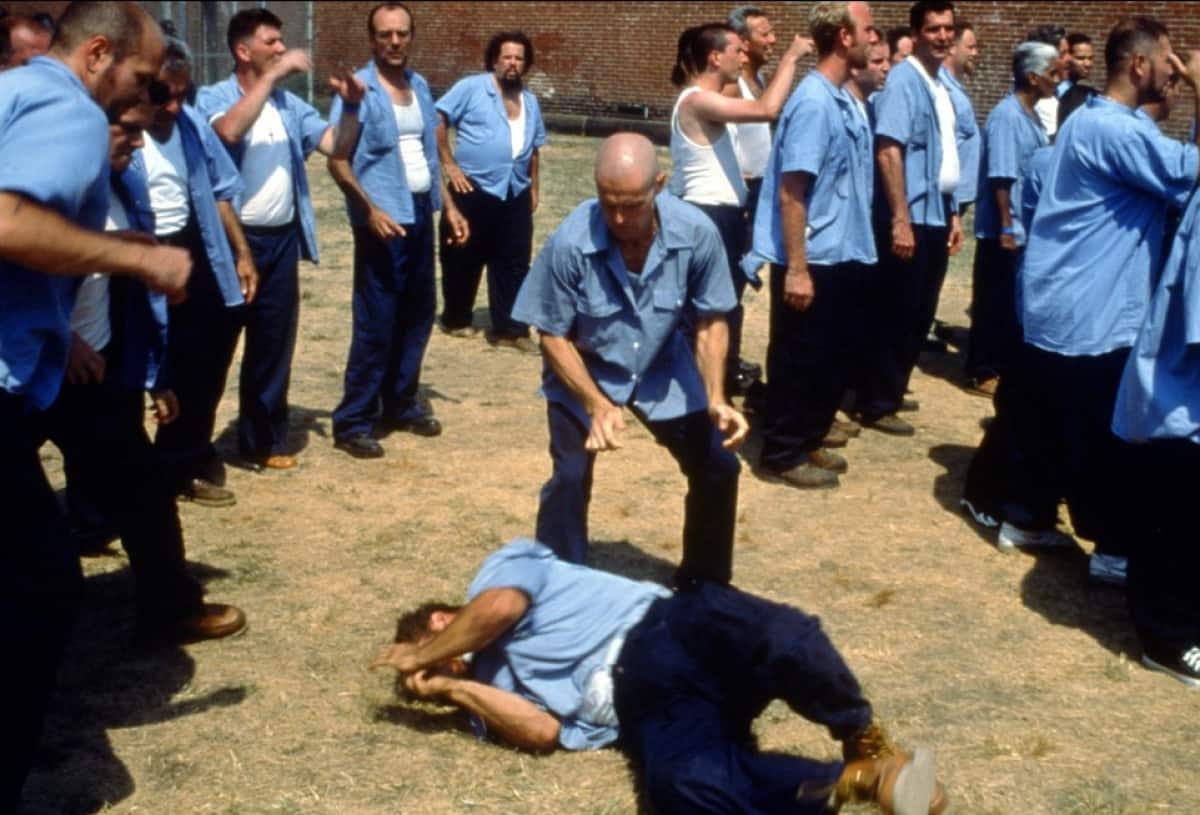 Arrow Films launch this savage disc on the 27th November on Blu-ray and DVD. This is a fine high definition digital transfer providing a crisp picture with quality sound production.