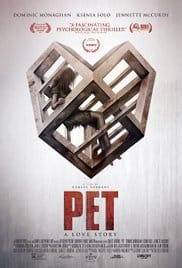 Seriously, everyone should watch this film.

Intense and instantly gripping with a clever start as the sound of flying birds turn into a ringing alarm clock. Seth seems a jolly chap, looking after the dogs at the dog shelter, he meets Holly on the bus and so his obsession begins. Seth plans to bump into Holly where she works at a diner but his rehearsed chat up lines do not go according to plan, so Seth resorts to stalking her. When Holly gets a bunch of flowers, Holly assumes they are from her ex-boyfriend, Eric. We are soon to find out that they are from Seth. Seth tells her, that he felt something when he met her and he believes she did too. Seth stalks Holly to her local bar where he is beaten up by Eric and disturbingly Seth lies on the floor laughing to himself. 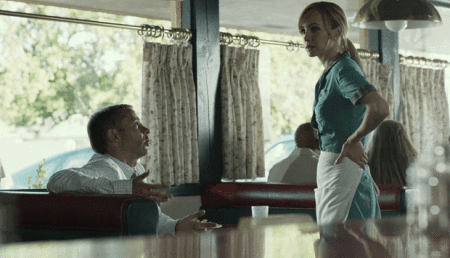 Seth finds Hollys’ note book and reads her thoughts which starts him formualating a plan. When he discovers a disused part of the dog pound he gets to work making his very own dog kennel and tests dog tranquillizers out on himself…mmm…I wonder what he is planning. Well soon you find out that his dog cage is not just for another stray dog. Tension builds as Seth stalks Holly, a little later we see Seth wheeling a large box into the dog pound.  It’s comedic as Seth tries to get a massive, person sized box passed the security guard, as the guard hears a groan but thinks it’s the air conditioning. 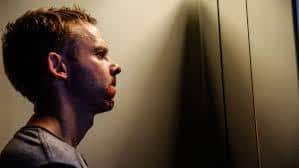 At this point anything remotely comedic ends and an unpleasant broken fingernail scene sets the tone, Seth lets Holly know he is not doing this for his own selfish reasons, he is saving her. There are some surprises in store concerning Holly and twists as tension builds. I was expecting a poorly executed torture marathon, but I could not have been more wrong. I’d highly recommend this one, it wasn’t what I’d expected, I don’t want to give anything away, but the situation is not what it seems. 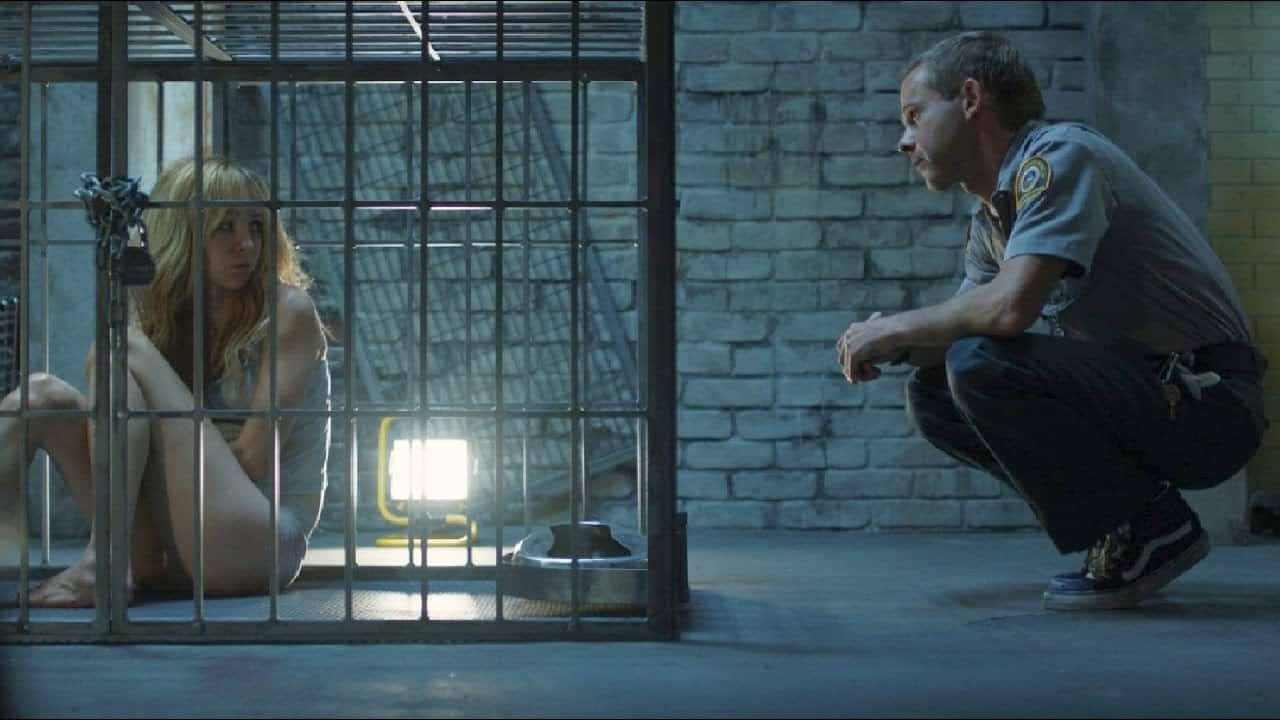 Signature Entertainment presents Pet on Digital 6th March and Blu-ray & DVD 13th March. They’ve even managed to sneek a few zombies in, there’s a nice homage to Night of the Living Dead as a re-run plays on late night TV and hang on is that a Zombie Flesh Eater homage we get to see as well.

I watched the download so I can’t comment on any extras or disc quality, but if it’s to the same standard as the film, it will be top notch.