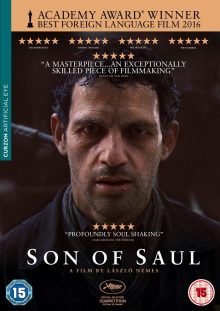 There’s a particularly dunderheaded point that is repeatedly made every Oscar season that states any film about the Holocaust is guaranteed a nomination. Aside from being untrue (just look up how many unnominated films have been made on this subject for proof), this oft-parroted complaint comes from a place of nasty cynicism and is generally trotted out by those who roll their eyes more readily than open their minds. It’s true to say there are a lot of critically-lauded films about the Holocaust but that is because no matter how far we get away from it in a historical sense, it remains a deeply relevant subject and rightly so. It’s fair enough if viewers don’t want to subject themselves to watching depictions of the atrocities but anyone who thinks this subject matter belongs in a box underneath the bed marked ‘Do not open’ is putting their own right to not be disturbed above the importance of remembering and learning from parts of human history that we can barely begin to comprehend in any ethical sense.

From my tentative opening paragraph, it is obvious to see what a delicate subject this is to write about so I have nothing but respect for anyone who attempts to tackle the Holocaust on screen. Whether the results are hailed as successful as in the case of Spielberg’s Schindler’s List or disastrous as in Jerry Lewis’s infamous, unreleased The Day the Clown Cried, as a humanist I cannot believe that anyone enters into such a demanding and important area with nothing but awards-dreams in their heart. Neither do I think the end results guarantee an Oscar nomination, as Claude Lanzmann’s Shoah demonstrated. This nine and a half hour documentary, considered by many to be the definitive Holocaust film, took Lanzmann twelve years to make but received no Oscar nominations at all. To my mind, it would be churlish and inaccurate to accuse Spielberg’s three hour film of award-grabbing, let alone Lanzmann’s masterwork. Even Robert Benigni’s dreadful Life is Beautiful, which was showered with Oscar nominations, feels primarily like an attempt to make something artistically and thematically worthwhile even as it sinks beneath its horrendous combination of broad comedy and twee romance within a concentration camp setting. 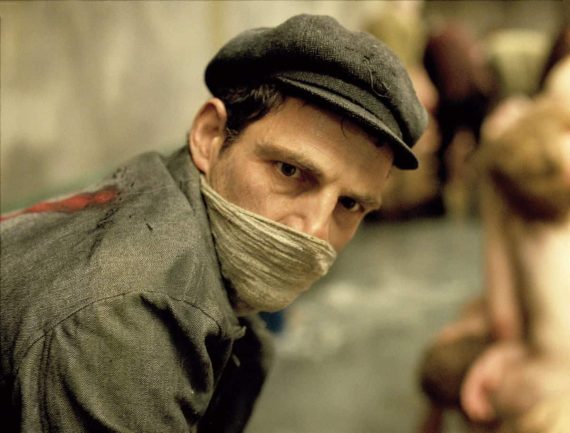 So how do you make a film about the Holocaust without being accused of dubious motives. The answer is you can’t; the cliché of awards-hunger is too locked-in now for anyone to sidestep it. Arguably, this makes filmmakers who attempt to tackle the subject even more worthy of our admiration, especially since it has been looked at from so many different angles already. The angle Laszlo Nemes looks at it from is crucial to Son of Saul’s success at distinguishing itself. Or, perhaps more aptly, it is the angle Nemes forces his audience to look at it from, which happens to be the angle of a prisoner’s own eyeline. Many films about the horrors of war have underlined their point by rubbing the viewers face in the blood-drenched details of battle but in stark contrast to the wide-angle atrocities of Saving Private Ryan, Son of Saul remains tightly focused in on its main character throughout. Very occasionally we see things literally from Saul’s point of view but Nemes is a canny enough director to know that this is not only a tired trope but also entirely unsuitable for his material. Instead, the camera lingers around Saul’s head, sometimes pointing towards his face in order to take in his reactions and at other times lingering over his shoulder, allowing us to see only what is in the peripheries of his vision. As he stalks determinedly through his constantly deadly surroundings, we see blurred images of dead bodies and muzzle-flashes of guns creating new bodies but we don’t focus in on them. The viewer is instead left to piece together the atmosphere of the camp using their minds eye and the snippets of sound available.

Nemes may stay almost constantly focused on Saul’s head but he never really gets inside it. This is not a shortcoming however, but an important character detail. Saul is part of the Sonderkommando, whose main duties include dragging bodies from the gas chambers and cleaning up the unimaginable results of mass murder. As a result, he seems to have become numbed to his tasks. We assume this is through repetition and necessity rather than as a reflection of his character before the rise of the Nazis. But the only real glimpse we get of Saul’s genuine emotions are the determination in his quest to obtain a proper Jewish burial for a young boy whose body he recognises. His intentions seem to come from a commendable place and yet his complete commitment to his quest leads him to make some questionable decisions which place other prisoners in danger. But by implicating the viewer so thoroughly in the experience of the camp, Nemes questions the possibility of morality in an environment where impulsiveness is the only way one can possibly live. 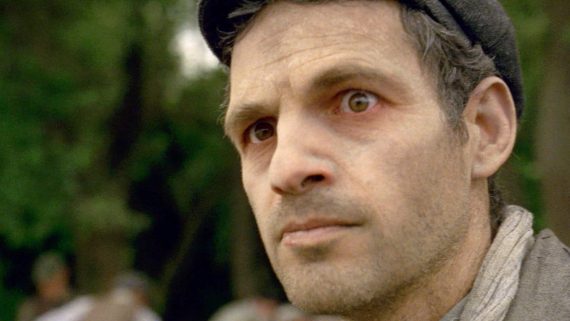 I’ve seen many Holocaust films across several different genres and while it is always a moving, distressing experience to begin to consider these historical events, there will always be a level of removal for someone born in England in 1982 for whom such brutalities have never come close to being a potential reality. No filmed depiction of the Holocaust, not matter how vivid, can ever erase that removal because the brain just reaches a point where it cannot, and often will not, begin to even try replicating the experience. Nemes major achievement with Son of Saul is to come a step closer than any other film I’ve seen to dropping the viewer into the middle of a concentration camp. The film opens where most Holocaust films think twice about even ending, with the gas chambers themselves. The opening seven minutes establish the style, with the camera sticking tightly to Saul’s shoulders as abominations occur all around him. There follows a very brief blackout during which the title appears on screen. This short moment is the only respite during the whole runtime and in the fleeting silence I genuinely questioned whether I could go on watching when a mere seven minutes had left me with tense limbs and shallow breathing.

Son of Saul is a remarkable film for anyone, let alone a first time feature director. The awards that have been showered upon it, including the Oscar for Best Foreign Language Film, are all richly deserved. That said, I can’t say I enjoyed the experience of watching it and it is unlikely I will be repeating the experience. This, of course, is no failing on the film’s part and indeed, if I had been entertained in a conventional sense I would probably be labelling it something of a failure right now. Unrelenting in its intensity and authenticity, Son of Saul keeps the viewer on edge as we pray Saul will not turn his head marginally to the left or right, will him to keep moving and brace ourselves for the physical blows we know will eventually come, aware that our proximity to Saul’s head will make us feel them all the more stingingly. It’s extraordinarily effective and even as you wish it could be less so, you’re thankful for cinema’s sake that Nemes shows the same grim determination as his protagonist.

Son of Saul is released on DVD and Blu-ray on 4th July 2016 by Curzon Artificial Eye. Extras include a Q&A with Laszlo Nemes, ehind the scenes footage, a deleted scene and Nemes 2007 short film With a Little Patience.