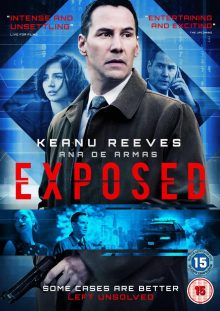 This no good reviewer has a lot of love for Keanu Reeves but even the one time Ted Theodore Logan can’t save the disjointed and uninvolving mess that is Exposed. What initially appears to be a film about Reeves’ New York detective hunting for the killer of his no-good partner morphs into a more surreal drama concerning the bizarre visions of leading lady Ana de Armas. While linked to the murder of Reeve’s partner (she was seen at the scene of the crime), she is struggling with her own inner demons, a possible miracle conception (!) and increasingly alarming visions! Is she the link to finding Reeve’s partner’s murderer? Do her visions suggest she is on her own quest for justice? Will this jumbled mess ever make sense?

Word is the original film (orginally titled Daughter of God) was taken away from director Gee Malik Linton (here using the pseudonym Declan Dale) and re-cut to focus on Reeves’ character and make it more of a cop thriller. And it certainly shows. The cop thriller parts are actually few and far between and deal more with his troubled personal life than catching the killer with the narrative randomly cutting to scenes featuring Reeves, his police boss (McDonald) and his dead partner’s sister (Sorvino) with no rhyme or reason. This mean’s Ana de Armas’ surreal plight (taking in everything from odd visions, overt religious themes and violence against women) comes across as disjointed, sits oddly with the procedural side of the story and often leads to a whole lot of WTF! Whatever re-editing was done means focus has been lost and the film neither works as a detective flick or a surreal drama. It may not have worked before it was re-tooled (apparently there is an original director’s cut out there) but surely it would have had more focus than this released version. 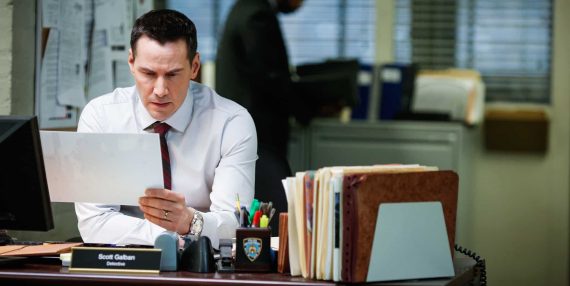 The sluggish pacing, overbearingly dreary music and lack of, well, anything much happening don’t help matters either. The seasoned names in the cast do their best, including Reeves, and Ana de Armas makes for a striking lead and does give it her all. The slick photography, genuine New York locations and the odd bit of unsettling tension (hinting at what could have been) do help somewhat but cannot save what appears to be a missed opportunity for a stylish and unique drama. Shame.

Exposed is out now on digital download from Signature Entertainment and will be released on DVD and Blu Ray on April 25th 2016. Behind the Scenes feature included.