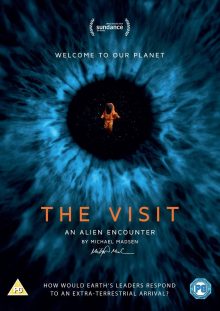 Here we are again with another alien documentary with the whole concept of what if, right? Wrong. This is a surprising turn of events for me as I am a massive fan of documentaries, so the idea of one being based on a hypothetical situation goes against the grain for me. I did this review with the hopes that this could be the one to change my mind and show me that it can be as interesting as a real one. And it truly achieved it.

So what is it all about? This is a film following the concept of what if, after sending multiple messages into space, someone or something had received them and decided to visit Earth? How would the various global agencies cope with the new arrivals? It follows people like scientists and government officials as they communicate with each other in this troubling time of concern and even fear from the public.

Next up we ask who is the director Michael Madsen? I have to admit that I had not heard of him before this review and I’m sure I’m not the only one in that situation. He is credited for directing five other documentaries which I must admit I am looking forward to tracking down and watching. If you also feel like watching them they are : Cathedrals of Culture, The Average of the Average, Into Eternity: A Film for the Future, To Damascus and Celestial Night: A Film on Visibility.

The style in which this is shot is superb and I would even go as far as saying that it can even be classed as art. Where needed the effects are impressive too.

I know that this review is a little bit shorter than I usually write but it is hard to explain much about this other than that it is a thought provoking piece that had me laying in bed that evening wondering how scary the situation would be but also feeling a little safer knowing the work that would go into protecting people.

In my eyes this is well worth watching and a definate must for all sci fi fans, as we all know that science fiction is just science fact waiting to be discovered.

This comes out on the 29th of February on DVD, released by Metrodome.