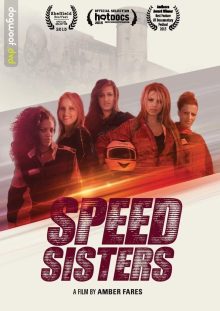 This documentary invites you into a world you might not have known existed. Marah, Betty, Noor and Mona are members of an all-woman speed racing team, the first in the Arabic world. Team manager Maysoon is based with them in Palestine and we get to see not only the exciting world of racing but the realities of life under occupation.

Marah is the top dog of the team, a hard working girl who stole the family car aged 11, so much was her desire to drive. Betty is her main rival and is more traditionally ‘girly’ in her look; both are highly competitive and despite sharing a common goal are looking to beat the other in every race. Mona races for fun and Noor is a wild almost reckless young woman who says the driving matches her personality. Maysoon runs her own shop as well as the team. These women all come from different backgrounds and have varying personalities but share one aim – to be the fastest on the track.

We see the supportive families of these women and they all were considered extraordinary as children, destined to be something more than the everyday. In a very sweet scene we see how Marah’s grandfather still wants her to become something more respectable, like a doctor.

Early on we encounter the shocking truth about what it means to live in the West Bank; roadblocks, checkpoints, tear gas and rubber bullets; with one extraordinary horrifying scene where Israeli soldiers ‘shoot’ one of the subjects in a completely unprovoked attack. Depressingly this is normal life for these women and they take it in their stride. Maysoon reflecting matter of factly that ‘the smell of teargas reminds me of my childhood’ 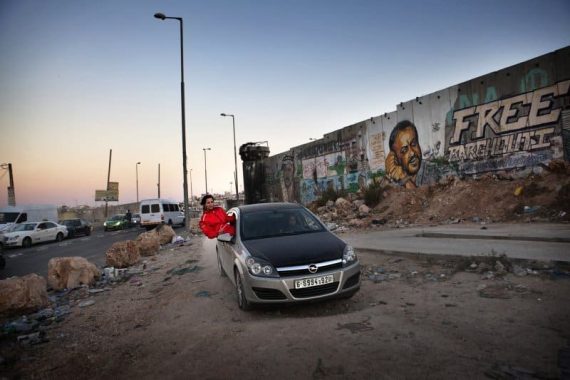 Amber Fares has made a glorious film which is inspiring in its portrayal of these renegades – as women in the Arabic world this is not the sort of thing you expect to see them doing but they all revel in it; the only doubts coming from the seemingly opposing choice they might face of a husband or racing….

With much squealing of brakes and revving of engines we are excited by what is happening but Fares gives us a decent grounding in the world in which these women live and how very different it is from ours in the UK. In one telling scene Maysoon describes how she has to make herself smaller in order to get the man in charge to work with her; a universal story told by powerful women the world over, perhaps it is not so different here after all.

The women in this film would not be out of place in the recent Mad Max outing and this is a fascinating and breathtaking ride.

Speed Sisters will be screening in London in early March, alongside Q&As with director Amber Fares and Speed Sisters team manager Maysoon Jayyusi in a few choice venues. Details below:

The film will later be released in selected cinemas from 25 March 2016 and on DVD on May 9th, 2016, distributed by Dogwoof.