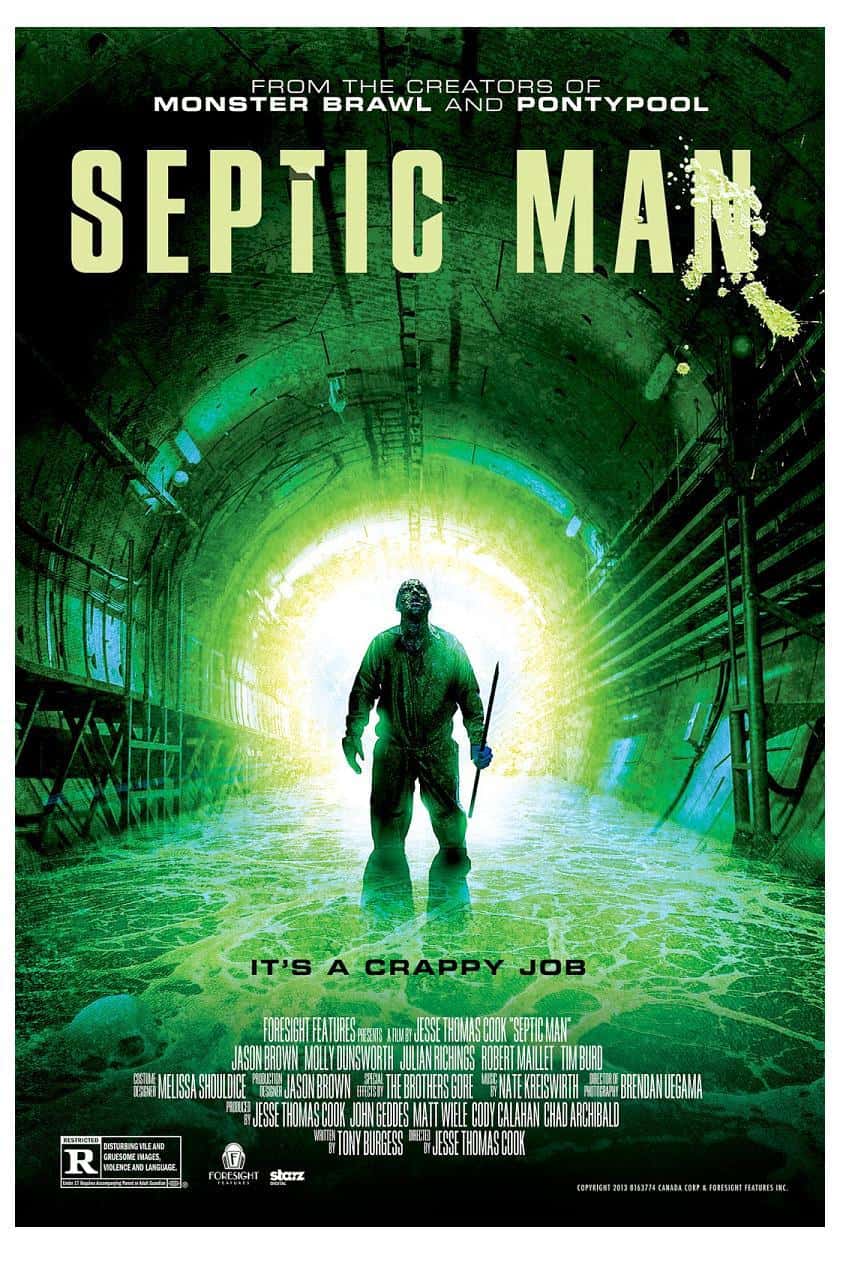 The makers of Monster Brawl, Exit Humanity and Pontypool curl out the festering putrid Septic Man.

A town is in the midst of a water born contamination crisis and when the mysterious Phil Prosser (Julian Richings) offers Jack, AKA Septic Man, (Jason David Brown) the chance to earn some extra cash he jumps at the chance. Jack decides to stay and work for the faceless system, to earn some extra dosh so he can afford a better life for his family, so his wife, Shelley (Molly Dunsworth) leaves him… well, thanks for that. 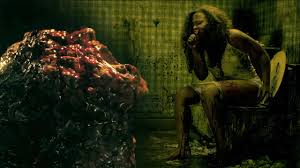 Jack is left to face the vile horrors of the town’s subterranean sewerage system and the chase is on to find the sickening solution to the settlement’s problems. Septic Man, Jack is trapped in the septic system as a nightmare beyond his wildest imaginations unfolds; to his disgust he unearths a putrid stream of rotting cadavers. Jack journeys through floods of raw sewerage while constantly heaving in an attempt to get to the bottom of the grisly state of affairs. He thinks assistance has arrived, as a contorted face stares at him through a manhole cover. Jack reaches out for help, but to his horror he is stabbed and falls back into his putrid underground nightmare. He is left for dead in the sickening masses of excrement and vomit and just for good luck another lifeless body is dumped on top of him.

Meanwhile the authorities in their infinite wisdom think that the town’s problems are over and the town’s people are allowed to return to their homes. Jack is still gagging his way around the sewer and prepares to fight as two outlandish inhabitants living in the sewerage system continue to drop body parts into the cesspit.

Vomit and excrement flow unabated, Jack is on the verge of madness as he talks to the body of a dead baby. The sickening events are even too much for Giant (Robert Maillet) as he starts to crack, tormented by the horrors he and his brother Lord Auch (Timothy Burd) have committed. 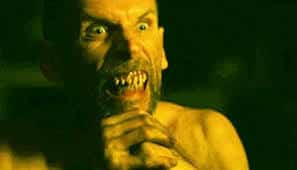 Jack’s body and mind rot as he mutates into something barely recognisable as human, Septic Man is starting to transfigure into a twisted postulating mass. This is sickening filth and finally when Prosser is dumped in the sewer of torment, all hope is lost.

After an extremely promising and dark beginning Septic Man like Jack needs more direction. There are some well-known actors in this movie and the acting is to a high standard with well executed cinematography. This is slow-burning scatological choker for sure, as Jack, slowly … slowly … very slowly mutates into an effluent monstrosity. Our septic avenger needs to generate a spot more empathy, as we not horrified and don’t particularly care what happens to him. Up to his neck in the brown stuff, this Toxy inspired avenging atrocity, misses the bowl without the over the top gore or special effects to make Septic man a serious contender.

Sharpteeth Films dump Septic Man on the shelves on January 11th 2016, available on DVD and VOD.  The extras included on the disc are a stills gallery and trailers for Shopping Tour, Asmodexia, Ritual (AKA Modus Anomali) and The Midnight Game.