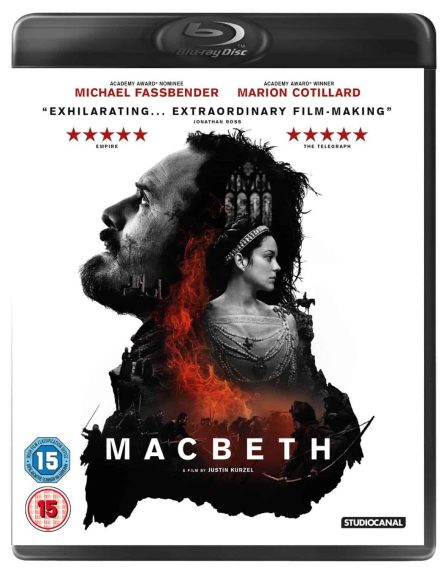 Screenplay: Jacob Koskoff, Michael Lesslie, Todd Louiso, William Shakespeare (play)
Starring: Michael Fassbender, Marion Cotillard, Paddy Considine, Sean Harris, David Thewlis
Country: UK, France, USA
Running Time: 113 min
Year: 2015
BBFC Certificate: 15
Expectation is everything. I don’t know what it was I thought I would be getting from Justin Kurzel’s Macbeth, but it certainly wasn’t what I got. Don’t get me wrong, that’s a good thing, but we’ll get to that in time.

It’s easy to get fixated on what we want from a film. And this can be shaped by all manner of things; reviews, trailers, hype, misleading advertising, a friend’s recommendation, even just the presence of a beloved actor. Seeing Michael Fassbender standing in vast and sparse landscapes as the titular hero, that was probably all I needed to get my hopes up. Fassbender! Cotillard! Shakespeare! This is going to be great! Alas, for this reason, my first viewing of Macbeth left be a little underwhelmed.

But this is also true of some of my now favourite films like The Royal Tenenbaums or Taxi Driver, a director’s follow-up to a film I’ve loved (after Drive, Only God Forgives knocked me sideways, and it took a second viewing to really embrace it for what it is) or some of cinema’s all-time greats. As a 20-something-year-old renting Citizen Kane from Blockbuster, my response was probably something like, “Well, it’s no Empire Records is it?”.

I once had someone try to argue that they didn’t see the point of buying DVDs because, they said, as soon as you’ve seen a film once, that’s it, you’ve seen it. Even then I had enough sense to be furious. Now, I could not disagree more. I can’t wait to get a second viewing under the belt. I need time and distance away from the first watch, and at least one revisit, before I even feel half-qualified to form an opinion. First opinions are often wrong.

But I’ll admit that to this day I still occasionally get swept up in fandom, and because of that I’ve been disappointed on first viewings through no fault but my own. And that brings us, finally, to Macbeth. 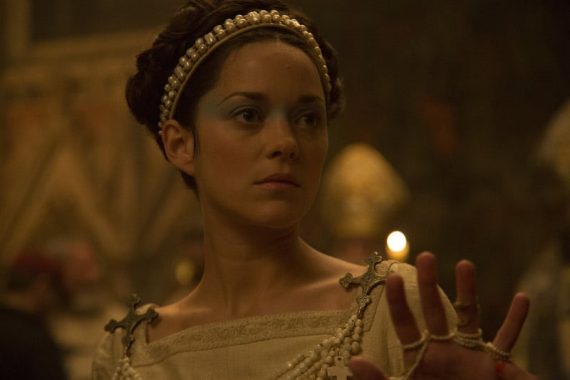 I first encountered Macbeth, the play, back at secondary school in the mid-90s. And along with Dickens and poetry, school nearly put me off Shakespeare for life. I hated it. It was boring, I didn’t understand what they were saying, or why there were three witches. Revisiting Shakespeare at university I finally got why he’s considered the greatest writer of all time, but I certainly didn’t think so at school. I don’t know, it’s almost as if teenagers are idiots.

In light of expectations, adapting Shakespeare, or anything for that matter, is never going to please everyone. So it’s easy to see why a lot of the quibbles with this film have been based on changes to the play. It opens with the funeral of Macbeth’s child, something fabricated entirely for the screen, then shows Macbeth leading the battle against Macdonwald, something that in the play is merely discussed (given that epic battle scenes aren’t theatre’s forte). The three witches have also gained a fourth, younger witch for some reason.

And perhaps, given the sprawling Scottish highlands that loom over the film, some were expecting some sort of epic that amped up the swordplay to Lord of the Rings levels. But instead Kurzel opted to make his Macbeth an altogether more intimate affair, focusing less on power and ambition and more on Macbeth as a sufferer of PTSD. A man full of grief and woe, who has witnessed (and dished out) more than his fair share of death, in a time and place that makes for a life that is typically nasty, brutish and short. 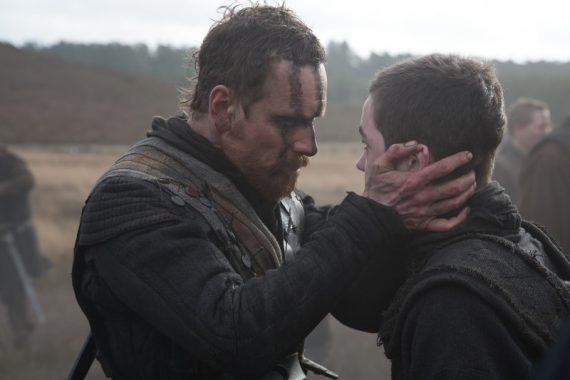 Death pervades this film. And it is the cause of Macbeth’s madness that will lead to his own fateful demise. The mist that engulfs the landscape slowly draws in from that cold, harsh natural world, symbolically trapping Macbeth into his grisly fate while simultaneously representing his own clouded mind. Silhouetted figures emerge from and disappear into it like ghosts, or walking shadows, to steal a phrase from the play’s famous monologue. It’s all part of the haunting look of this film, and I can’t say enough about Adam Arkapaw’s cinematography (only Carol, and perhaps Sicario would rank higher for me from last year’s films).

There are countless wasted lives in the early battle scene too, with Macbeth supplementing his remaining soldiers with a group of boys too young to be wielding swords. Kurzel does well to capture the madness of such gratuitous and violent death, switching between the chaos of real-time fighting to slow-motion shots that highlight the individual horror and brutality of each death. The juxtaposition between the two speeds is a little jarring, but both serve a purpose, so it’s hard to suggest that one or the other should have been abandoned.

This is a world where, as the weird sisters famously put it “Fair is foul, and foul is fair”, and these words underlie the themes of Kurzel’s Macbeth perhaps better than any others. While we can’t forgive Macbeth for murdering Duncan, and his actions from then on, he’s a more sympathetic character here for being driven to madness, at least in part, by being party to so much death. In his final hallucinatory deliberation of whether to commit to Duncan’s murder, saying “Is this a dagger which I see before me, the handle toward my hand?” it is one of the dead boys Macbeth led into battle who brings him the blade, a nice visual representation of his state of mind. 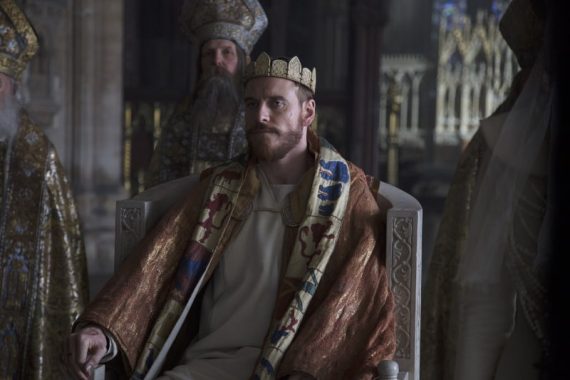 Every death in Macbeth is at once full of individual, human meaning and entirely meaningless in the face of a cold, indifferent world. Something perfectly encapsulated in what is perhaps, for me, the greatest thing ever put down in writing, Macbeth’s soliloquy on the ultimate tragedy, the utter meaninglessness of life.

Tomorrow, and tomorrow, and tomorrow,
Creeps in this petty pace from day to day,
To the last syllable of recorded time;
And all our yesterdays have lighted fools
The way to dusty death. Out, out, brief candle!
Life’s but a walking shadow, a poor player,
That struts and frets his hour upon the stage,
And then is heard no more. It is a tale
Told by an idiot, full of sound and fury,
Signifying nothing.

Macbeth is available on Digital HD from 25 January 2016 and DVD, Blu-Ray and Limited Edition Blu-Ray Steelbook 1 February 2016 from Studiocanal