Having already picked up a slew of awards and now selected for the Oscar shortlist (see the others nominated below), Stutterer is a film about a young man with a speech impediment looking for love. Ironically Greenwood works as a typographer and loves words, he just can’t seem to get them out when he needs them. With a generous budget (for a short) of 5k the film stars Matthew Needham in the main role and has very high production values.

The writer/director Benjamin Cleary has intimate knowledge of the issue as his father and brother suffered the same condition. The inside knowledge is put to good use and the frustrations of not being able to communicate in person when you need it are highlighted, notably when dealing with customer services on the phone.

Greenwood is looking for love and the online world assists him in being able to develop a relationship with a young woman who he has never met. Beautifully acted this film makes London look real and yet romantic. A charming bittersweet film for the modern age. 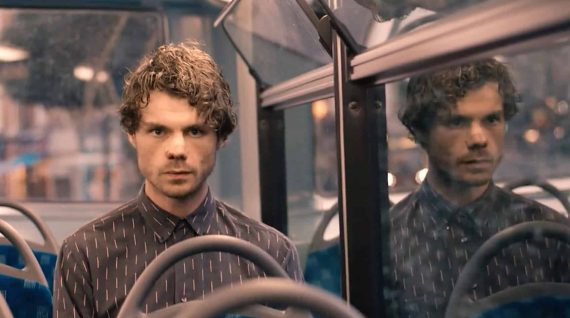