Magali Pettier’s first feature documentary was shown at Sheffield DocFest earlier this year and has now gotten a cinematic release in the UK this weekend. She managed to give us some time out of her busy schedule on the day of her London premiere to answer a few questions.

Katy Vans: How did you start in filmmaking?
Magali Pettier: I started as a documentary photographer and I wanted my work to be more in the public eye if I wanted to change things socially. I started by doing small short documentaries and doing a lot of projects through participatory schemes encouraging others to make films; for example vulnerable adults.

KV: How do you choose your subjects?
MP: I get a feeling for a person and whether or not it is a story worth telling; if it is close to my heart. It’s also about trust with a subject especially if I work in an observational style. 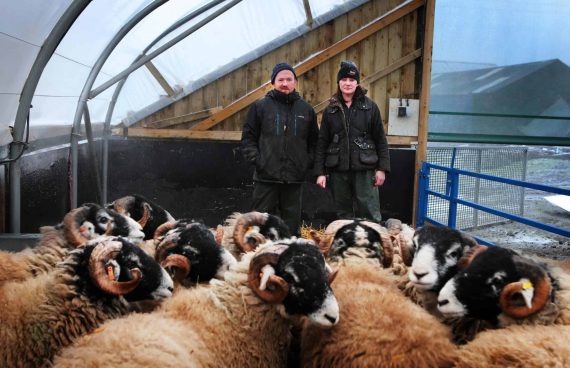 KV: Why did you feel you had to tell this particular story?
MP: I’m originally a farmer’s daughters and I’m intrigued by other farmers and how they work. I’m from France where there is no tenant farming and I saw that they were still doing it in England and that intrigued me. I wondered why would someone be a tenant farmer? I wanted to give a voice to farmers and to their children as well, showing life growing up on a farm.

KV: How did you find the family (Hutchinsons) and start to work with them?
MP: I met them through Upper Teesdale Agricultural Support Services who when I said I wanted to film tenant farmers put me in touch with them. We had 2 or 3 meetings and then I went to work on the farm for a day. I also spent time with the kids to show them how to use the camera; they interviewed me and each other, getting comfortable. The filming process took about 18 months. The whole process of the film from idea to screen has been about 5 years.

KV: How did you fund the film?
MP: A mix of self-funding at first then grants, crowdfunding and lottery grants.

KV: What next?
MP: I’m concentrating on the distribution of this film at the moment. I’m open to new ideas and new offers; I have a couple of ideas in mind. Inspiration is needed when you take on a project that takes so much of your time; it’s a big commitment.

Addicted to Sheep is in cinemas in the UK from today. I reviewed the film here.