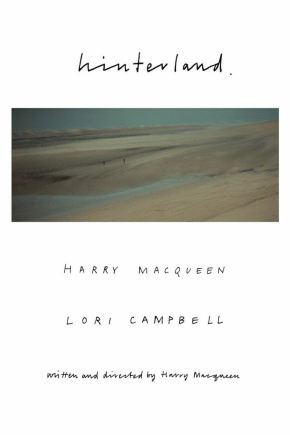 Hinterland is a nostalgic and tender British road-trip film from first-time director Harry Macqueen; it had its world premiere at last year’s Raindance Film Festival, where it was nominated for Best UK Feature.

Last Wednesday I had a brief discussion with Macqueen…

The first sequence of Hinterland is a succession of interior shots, giving a glimpse into a seemingly normal, perhaps mundane existence. At 30 seconds in, the camera rests for a long 10-second beat on a desk, scattered with various books, notepads and a laptop. The authors’ names are mostly obscured, but visible are Christopher Hitchens and William Shakespeare; pinned to the wall is a scrap piece of paper with the slogan, ‘WE ARE THE CHILDREN OF AYN RAND AND MARGARET THATCHER.’

What can these controversial figures tell us about who we are about to meet?

Best known for The Fountainhead and Atlas Shrugged, the Russian-American novelist also developed a philosophical system called Objectivism: a system that applauds rational self-interest, considering individual happiness to be the moral compass, which should guide all individual activity.

Within the first two minutes of Hinterland, Macqueen already offers up some hefty points of consideration, are we expected to be questioning our own position in relation to this philosophy? Does Macqueen attempt to rally us into thinking critically about our current society? Are we all children of this philosophy?

The answer is, sort of.

Macqueen alludes to various issues in the initial scenes that, if interpreted as such, inform Lola and Harvey’s relationship and provide a key to many their dilemmas. However, this line of enquiry is a secondary task that a viewer can elect to take -Macqueen is never insistent.

I asked Macqueen why these authors were included and why this phrase was given a platform within the establishing shots of the film?

The note, “WE ARE THE CHILDREN…” pays homage to Radio On (1979), a hectic British road-trip film, shot in black and white and a favourite of Macqueen’s. The soundtrack is particularly favourable, including heavyweights David Bowie and Kraftwerk. In Radio On, the slogan’s original subjects were Fritz Lang and Werner Von Braun. In both cases, these names provoke thoughts about how our society is holding up in their wake.

And, why was Christopher Hitchens’ book present?

Because Macqueen is a big Hitchens fan and was reading Mortality whilst writing the screenplay.

The sprawl of items on the desk offers various entry points to begin thinking about this film. After the camera has finished languishing in this moment, it moves on, detailing other rooms of the house. The sequence lays the groundwork for Harvey’s character, an easy-going kind of guy who, in the pits of his stomach, is bothered by something quite irritating, but not debilitating. He’s sticking it out in a job that barely pays his bills whilst his more artistic ambitions are thwarted by lack of resources; generally speaking, he is representative of the position of millennials. This is evidenced further when we first witness Harvey driving to meet Lola; on the car radio various conversations are being had:

“I want to have kids. Tell me how I’m going to do that and live in my own home.”

“Just imagine being at University now, knowing that when you leave you’ll be 30 grand in debt”

These are issues currently at the forefront of our nation’s psyche and they seem particularly potent for Harvey, as someone working in a creative industry. Harvey’s situation seems to have been made worse by the reckless actions of his predecessors, who have lain the groundwork for a more treacherous future.

Like the opening sequence, which simultaneously conjures docile and anarchic sentiments, within Harvey there is  the potential for revolt as well as submission. Given his predicament, we could forgive him for being fairly angry, it seems that Macqueen may have been riled up by the failings of previous powers when writing the screenplay. Not that he comes across as angry in our Skype interview, far from it in fact; Macqueen is an interesting guy who confidently delivers lengthy, thoughtful answers.

As well as tapping into anxieties about future prospects for the current generation entering the workforce, Hinterland is a film that subtly examines the bond between individuals who share an intimate past despite their relatively distant present. It’s a tale of two friends with a plethora of childhood memories who reconnect as adults and rediscover dormant feelings.

I asked Harry Macqueen whether playing up the road-trip genre was important to him when writing the film, knowing that when it came to distribution it would be easier to get attention for a genre piece. It wasn’t as considered as that, he tells me, it was just a good way to tell this story. Unlike many films that sit comfortably within the ‘road-trip’ genre, Hinterland has a sense of intimacy that is fairly rare. Like most ‘road-trip’ films, the landscape and sounds are captivating but it really is Lola and Harvey’s story that drives the plot.

I asked Harry if he knew Lori Campbell before pre-production for the film began; he met the singer through a friend and they quickly had to gain a real sense of familiarity. Despite her lack of acting experience, her proficiency as a musician made her the perfect Lola.

Suggestion plays a key role in the film, if feels as though Macqueen is a master of hinting meaning within moments of silence, never hitting you on the head with his message. In accordance to this, the dialogue is stripped quite bare, leaving plenty of pockets of silence that allude to the broader conversation that most millennials are having.

Will I ever own a house?

Will I pay off my student loan before retirement?

Will I be worse off than my parents?

Hinterland is a film that alludes to the general sense of anxiety that is sweeping under 30’s, but, mercifully, Macqueen doesn’t obsess about it. Instead, he lays a breadcrumb trail for those hungry enough to take him up on his offer, and, if you prefer, you can pursue a different mode of viewing, finding solace in the rather lovely intimate portrayal of friendship. 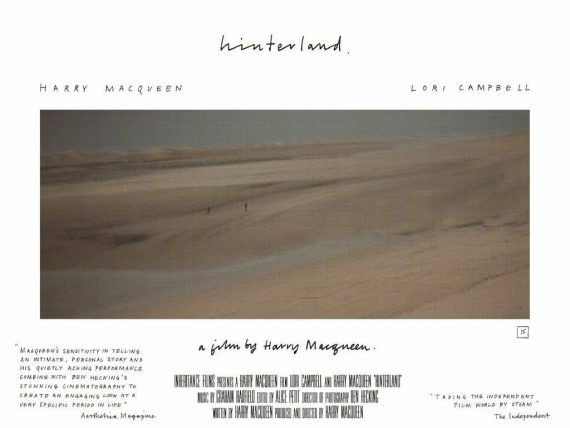 Hinterland will be released in the UK by Curzon Cinema and Curzon Home Cinema on Friday 27th February.

There are also special Q&A Screenings: