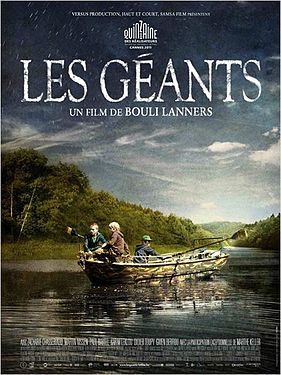 I’ve always thought children and the way they see the world make for fascinating subject matter in films. I’m not talking about the childlike wonder directors foist on middle class moppets in any number of fantastical fantasy adventures aimed at a young audience. I’m talking about the extraordinarily difficult task of realistically depicting childhood without resorting the sort of nostalgia that is probably born of self-delusion and misremembering. In this respect, Rob Reiner’s ‘Stand By Me’ (1986) has become something of a benchmark. It thrusts four children into a fantastic situation yet the superb script by Bruce A. Evans and Raynold Gideon stays true to its characters and their ages, never giving any of them a sudden burst of convenient wisdom or shying away from the immaturity and rebelliousness that some more conservative viewers would prefer we not depict in the younger generation.

In a medium where children are largely used as cutesy asides or only given centre stage if they have some kind of extraordinary ability, Bouli Lanners’ ‘The Giants’ is a breath of fresh air. I use this particular cliche purposefully, as ‘The Giants’, with its beautiful open air settings flooded with eye-massaging greens, feels literally like a lungful of clean country air. Lanners’ film tells the story of three young boys, brothers Seth and Zak and their friend Danny. Seth and Zak have been all but abandoned in their now deceased Grandfather’s old house and, while this does leave numerous possibilities for unsupervised adventures, there are pressing financial considerations that need to be dealt with first. Enter local drug dealer Beef. 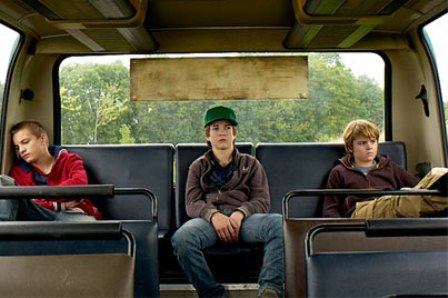 ‘The Giants’ has the simplest of storylines which allows Lanners to skilfully evoke the joyful freedom that the boys momentarily catch hold of. But they can never quite keep hold of it and they quickly get in over their heads by trying to find a quick and easy solution to their responsibilities. Where many writers and directors would have used the deal with Beef as a quick, convenient way to answer viewer’s questions before persuing a ‘Swallows and Amazons’ ideal, Lanners never completely unshackles his heroes. Setting the story against the gorgeous Belgian countryside makes their inability to make their dream escape work the way they hope all the more tantalising. 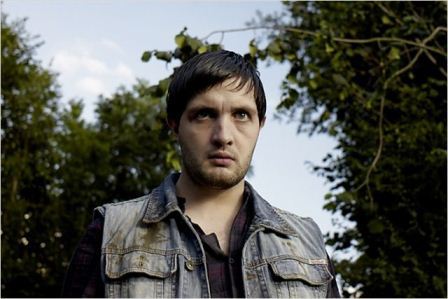 ‘The Giants’ falls down in its hastily sketched adult characters. While they are mainly just plot devices, all three of the adults are depicted as threatening oddballs. Karim Leklou’s Angel is particularly overplayed, although his costume and physical depiction suggest that Lanners probably intended this larger than life adult element. Although there is a real sense of danger whenever they appear, the broad strokes with which the adults are painted adds an unfortunate storybook quality to a film that thrives on its realism. 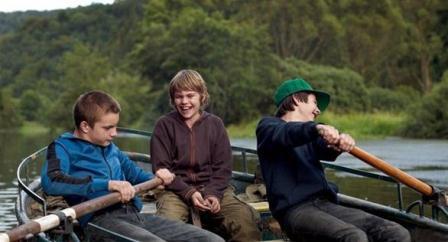 But regardless of its minor flaws, ‘The Giants’ is still an extremely entertaining picture on a deceptively small scale. The fields and lakes that stretch out before our eyes in every scene make the viewer feel like they’ve explored them all, even though we’ve actually shared in the boys’ unfulfilled attempts to do just that. Lanners has succeeded in making a lot out of a little, evoking childhood realistically by showing only snatches of its essence and evoking adventure thrillingly by depicting only the frustrated desire for it.

The Giants is released on DVD by Artificial Eye on 12 November 2012. There are no extras