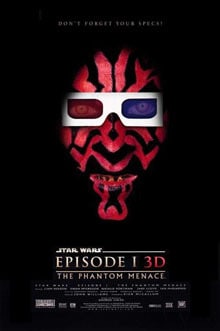 Just when you thought that George Lucas has stopped tinkering with the Star Wars saga there comes yet another version of one of the films; Episode 1 in 3D.

Unlike just about every other ‘new’ version of a Star Wars film, George Lucas hasn’t actually made any content changes to The Phantom Menace only to make it 3D.

This apparently has been an exhaustive process where each frame was wrapped around wire frames and then re-rendered. Having said this and having seen he film, not every scene in the film is in 3D.

In fact there are three states in the film. The first is where the film is as it was originally in 2D, or indeed as you would see it if you watched the Blu-ray version. The second is in 3D, but is quite subtle, the images gain some extra depth of field but the 3D isn’t that noticeable. The third is a very distinct 3D and isn’t actually very convincing. Often there are characters right at the front of the frame with others in the background. The character in the foreground, although appearing to ‘come out’ of the screen, actually looks quite flat as do those in the background. Also the scenery looks flat, in fact a lot like flat scenery you would see on stage in play. 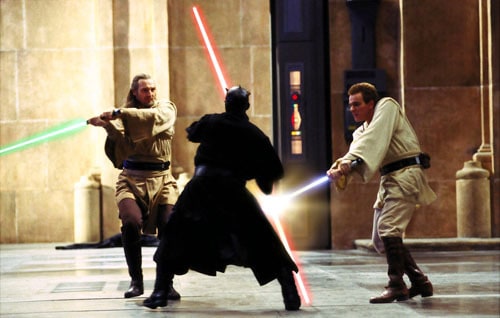 Another downside of being in 3D is that with the glasses on, the film is really dark. This was very noticeable in the final battle scene on Naboo where the droid army does battle with the Gungans. The fields lost that bright green colour and looked very drab, if they do intend to do the others in 3D this is something they will need to address.

I knew, obviously, that the film would still be the huge disappointment it has always been but I did hope that the addition of 3D would add a little extra to the film’s few good bits, the pod racing and any Darth Maul fight sequences, but even that didn’t happen. These look much the same as the original. 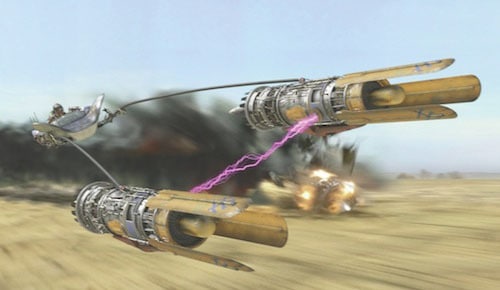 In fact the only scene that I felt looked better in 3D was one of the very first shots where you see the cockpit of a ship Obi-Wan and Qui-Gon Jin are in just before it lands on the trade federation mothership. You actually get a good perception of depth but unfortunately it suggests that the rest of the film will be as good which it isn’t.

All in all The Phantom Menace in 3D was very much as expected; the trade federation storyline is still as boring as ever, Jar-Jar Binks is still annoying and Darth Maul is still the best character and still gets killed off too soon.