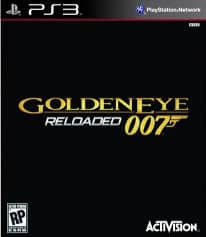 Bond games have, since the original Goldeneye on the Nintendo N64, been a complete flop, and we’re fairly sure there aren’t many that would disagree.

Bond fans worldwide have hoped for an equally enjoyable and immersive game to be released off the back of the movies, but have been let down every four years or so. It’s almost what we’d all been looking for then, that the original classic would be reinvented with today’s graphics and technology, and Activision has decided to do exactly that.

Don’t expect a replica of the original though, as playing through this title is like a familiar friend, that you’ve been reunited with after they’d moved overseas for ten years, had cosmetic surgery, and a personality transplant. As quickly as it’s familiar, it’s completely new. The game is available on several platforms, but we played it on the Playstation 3. The reason for this is that it’s compatible with Move, and more so, the Playstation Sharpshooter attachment. 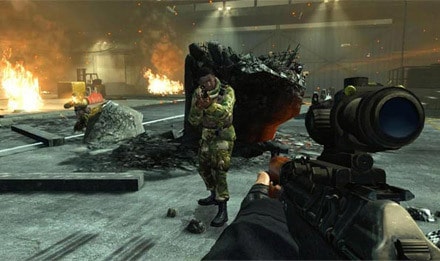 First of all, PS Move wasn’t exactly brilliant with first person shooters, waving it around at the screen felt a bit like you were playing badminton instead of causing any real damage.

With the Sharpshooter, you are able to fit both the Move controller, and Navigation controller into the device. For EU gamers, we unfortunately lose out on the aesthetics due to the law, so instead of the sleek grey weapon they have in the US, we get a bright red one. That was so the local constabulary don’t get confused and think you have a dangerous weapon with a ping pong ball attached to the front of it.

Playing Goldeneye with this is difficult to say the least. You’re helped with an auto aim, but it does take a lot of getting used to. Once you’ve accomplished this, however, it really helps to immerse you into the combat, and get involved in the game.

The actual feel of the game is very similar to the original, soldiers still lose their hats, you’ve still got to control the tank, weapons have been given a slightly improved render, but other than that it could be the same game. The new story gives an exciting new take on the original, however, and after the first couple of missions you really notice the fresh take.

The only negative would be that despite being able to destroy a lot of cover, and break windows, you’re only able to jump at certain points. We’d have enjoyed jumping through the odd broken window, as we’re sure Daniel Craig would have! 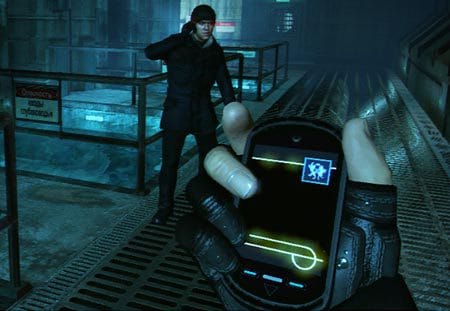 As was expected, Goldeneye 007 has been revamped to rival shooters of the present days and you’re often presented with chaotic scenes that have been well put together and thought out. The likeness of bond has been replaced with the current, Daniel Craig. So Mr Brosnan misses out. Equally original film characters have been replaced with new faces and voices.

We felt that this was a bit of a shame, it would have been good to license the original actors into the remake. On this note, however, the voice acting of Daniel Craig and Judi Dench is superb, and does allow you to take in the new story from the differing angle that Activision has been aiming for. No more shooting off hats though unfortunately!

The jewel in the crown of the original Goldeneye, and it doesn’t disappoint here, was the multiplayer. All of the old favourite modes are there, including the Golden Gun, and familiar characters have returned. There have been some good additions to it also, but overall the online mode has to be the way forward. At this point it’s worth ditching the Move and going back to a controller, as we found our reactions were nowhere near good enough. You may prove us wrong though!

Overall Goldeneye 007 is a well polished take on a classic original. Whilst we doubt it will become a classic itself, it’s well worth a look, and with multiplayer it makes for a fun game to have handy. So long as you’re not expecting a refreshed version of the original then you won’t be disappointed. It’s the best Bond game that’s been released in over a decade and all we can do is hope that future releases follow this format.

Review by party liaison at BCS