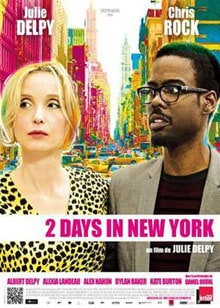 After enjoying a long and successful career as an actress, appearing in indie/art-house classics such as The Three Colours trilogy and Before Sunrise, Julie Delpy has spent the last ten years developing a writing and directing career. October 1st sees the home entertainment release of her latest film, 2 Days in New York so we’ve been sent an interview with her thoughts on the production.

Did you always plan on making the 2 Days in New York story after 2 Days in Paris?
About one year after the film came out, I decided I wanted to explore more in Marion’s life. I thought there was more to say about her dysfunctional character and her dysfuncational family! Five years have past since the first movie – 2 Days in Paris – and although a lot’s changed and she’s more grown up, she still doesn’t really have her stuff together like her kid, her new man and her new life in New York etc…

How early on did you decide that Chris Rock would suit the role of Mingus?
He came to my mind as I thought of a follow up, somehow I wanted Marion to have this life situation, something complicated but real that viewers can relate to, a kid from a previous relationship and a new boyfriend, and Chris came to my mind right away – I love his work. I wrote the part of Mingus with Chris’ real life personality in mind, or at least what I imagined that to be as I’d only met him twice before! One of the first scenes I wrote was of Mingus having a pep talk with Barack Obama, and he added a few lines as we were shooting. He’s so smart and I have never seen him play a more real character and I think he did amazing.

Did you draw upon any influences from other film directors/films when making the film?
Not really. I’m inspired by my own life experiences or mostly things I read in papers or friends. I just try to keep it as close to how I perceive things!

You have been described as the French, female Woody Allen. What do you think of that description?
I think it’s nice for me, but not sure how he feels about it! Woody Allen is a master and is a genius at what he does. If I make even one third of his films with half of the quality I’ll be very, very happy. 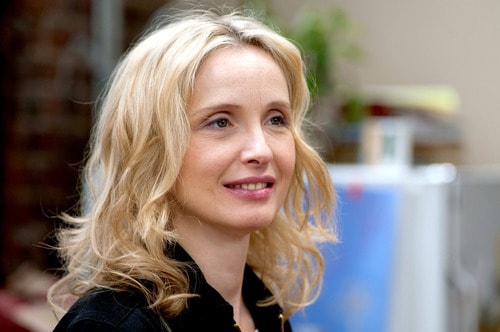 Are there similarities between yourself and Marion or do you try and distance yourself from her?
I like Marion, she makes me laugh. I do think she’s different from me. She’s lives in the moment, she acts and doesn’t think before she does so. I’m very different from her in that sense. Yes we are both French, and we have a few things in common on the surface, but not so much in depth.

Your father plays himself in the film. Is it hard to direct your father on set?
He doesn’t play himself at all, he play Marion’s dad, Jeannot! My dad is very sensitive guy, he has things in common with Jeannot. I guess he is a free spirit like his character. I love working with my dad, but sometimes we might clash on a few things. Love conquers all in the end though! He’s a fantastic actor. Both of my parents were actors when I was growing up so I’ve seen him on the stage all my life.

How did the scene with Mingus and the cardboard cutout of Obama come about?
It was one of the first things I thought about. I had Chris in mind and Obama had just been elected.  In the script-writing process I realised that everyone is nuts but Mingus is very together. Well actually he’s crazy in his own way, he’s just more discreet about it. So I created an imginary friend for him – Obama. He plays the part so well and from the outside, he appears the most level headed but he still has his own issues on the inside. 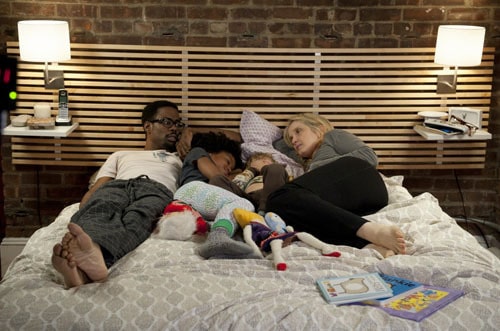 What were your favourite moments making 2 Days in New York?
Shooting in Central Park I would say. I love filming in New York generally, it’s beautiful, but because of all the permits it can become quite difficult. By contrast, Paris is super easy to film in, but that may be because I know Paris so well and know how to deal with the Parisians when they tell me I can’t shoot in a location.

There are plenty of culture clashes throughout the film. Did you draw upon your own experiences?
Yes, and those of friends. All that stuff is very close to what French people experience in the US.

How is it being a female director in Hollywood, and what advice would you give to aspiring female directors?
This is tricky. There aren’t so many of us and we are a bit of a target. Most women do one to three films and that’s it. I think if a woman has a movie that doesn’t do so well, it will be very hard to do another one after that. It usually will be blamed on the fact that we are too emotional, not logical enough, we have periods… How can you trust something that bleeds once a month and doesn’t die? My advice would be to keep on going, be strong, never take no for an answer and find European financing.

Are you planning another 2 Days..? What would be your next location?
No more. . There will be other films and writing, but I am not sure what will be next. I’ve just finished working on the sequel to Before Sunset, but it’s unusual to revisit characters so much. I find it really interesting to go back and see how people evolve, but I don’t think there will be another 2 Days. In terms of another location, who knows! Paris and New York have both been great, but it depends what the story calls for.

2 Days in New York (15) is out on Blu-ray, DVD and iTunes on 1 October, courtesy of Network Releasing.