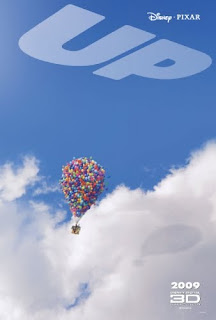 I feel sorry for Pixar. The level of expectation that builds before the release of their films is so ridiculously high that I don’t see how the writers and directors sleep at night. Yet again and again, without fail they churn out family entertainment that is miles ahead of the competition. OK so Cars is no masterpiece, but compare it to anything other than the rest of Pixar’s output and it’s still very good.

For me, this expectation affects my first viewing of a Pixar film too though, as with any film with a sizeable amount of hype. To fully assess a film with this much baggage behind it I’m of the opinion that you should see it at least a second time so that all expectations are gone. Luckily for me, with Up I was able to do that. I actually first saw the film a few months ago (at Glastonbury randomly enough), so now it’s out on general release and my film review site is up and running I can finally get around to letting everyone know what I think.

Up is a great film. After first watching it in a sweaty tent, sat on the grass after a weekend of little sleep and no showers, I thought it was very good, but it didn’t quite grab me. This must have been the circumstances or the hype though because on second viewing I loved it. 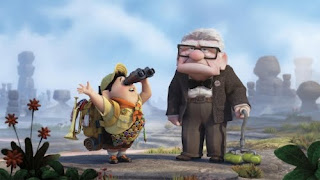 Much like Wall-E, Up has a fantastic first half-hour that makes you fall in love with the film instantly. I don’t want to over-hype it like several other reviewers have, but the montage sequence early on in the film is a wonderful piece of filmmaking, not in a flashy or groundbreaking way, but in terms of economical storytelling. Without giving too much away it basically tells an almost Buy Amoxil Online Pharmacy lifelong back-story that sets up the premise for the whole film as well as immediately establishing the emotional core and getting us to truly feel for the characters after only 5 minutes and no dialogue.

Again, Buy Cytotec Online Pharmacy No Prescription Needed like Wall-E though, the second half of the film does struggle to recapture the warmth of the opening. The film has quite a shift in tone once there’s a change of location, and what begins as a touching and semi-realistic drama becomes more of a family adventure in the Disney vein. It still works very well though, and on second viewing the shift wasn’t as distracting as before. You really have to suspend your disbelief at several points in the film, as logic is totally thrown out of the window. Being a Disney/Pixar film, looking for realism and logic is missing the point a bit though. That said, although the film gets a bit silly at times, it still draws you back to the characters with some subtly touching moments. 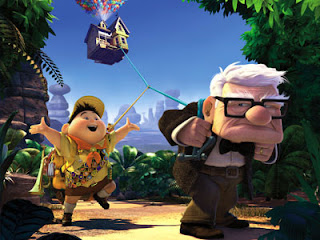 I first saw the film in 3D, which was an odd experience to critique. On one hand it was brilliant because for the first time it didn’t detract from the film at all, it felt more seamless than I’d previously experienced. But in saying that, if I didn’t really notice the difference in watching it in 3D, what’s the point? After watching it again in 2D I think the 3D did add a bit of depth obviously and the digital projection had richer colours, but it didn’t make it a better film. Speaking of rich colours, some of the imagery as the house floats in the sky is beautiful and it’s a very pretty film, not noticeably stylish or original, just classically beautiful.

Up is a real delight, and it holds it’s head up high with the rest of Pixar’s output. It threatens to get a bit Disneyfied at times and some silly moments almost derail the tender story at the heart of it all, but as family films go this is a fine achievement as is expected from the genius’ at Pixar. No pressure guys, but keep it up.