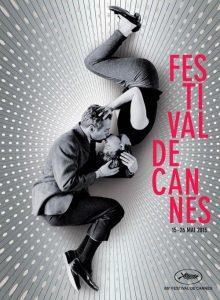 The Cannes Film Festival, the world’s biggest and most famous of its kind, begins today down in the south of France and like last year members of the Blueprint: Review team are over there to cast their eyes over what it has on offer.

Keep visiting the site over the next two weeks to hear exclusive podcasts from the Croisette (or more likely our apartment) and read capsule reviews of what we’ve seen. We’ll be haiku-reviewing throughout the festival too so make sure you follow us @blueprintrev.

It should hopefully be a great year with some great and interesting directors hitting the red carpet. The main competition has the Coen brothers’ latest Inside Llewyn Davis, Alexander Payne returns with Nebraska, and Niclas Winding Refn follows up Drive with more stylish ultra-violence in Only God Forgives. There are plenty of Cannes favourites there too with Takashi Miike, Steven Soderbergh, Roman Polanski and Jim Jarmush to name but a few.

The Un Certain Regard selection also has a couple of big names with Sofia Coppola’s latest The Bling Ring opening the fortnight, going up against Claire Denis’ Les Salauds and the directorial debut of James Franco As I Lay Dying. Elsewhere in the festival we have Alejandro Jodorowsky’s long-awaited return to the director’s chair with La Danza de la Realidad, Ari (Waltz With Bashir) Folman’s The Congress and Jim (Stake Land) Mickle’s remake of We Are What We Are.

There should be plenty of surprises from little known directors too I imagine as well as dozens of screenings of newly remastered classic films, so keep visiting Blueprint: Review over the next couple of weeks to get in on the action.