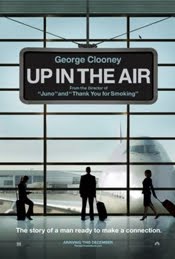 Up in the Air is a film that I didn’t want to like when I first saw it’s trailer. It was one of those trailers that seemed to give away the whole plot and the central theme of George Clooney’s character’s commitment issues were so laboured I thought the actual film would be the same. However, I’m a sucker for good reviews, so on the strength of it’s overseas buzz and award wins I had to go and see it.

The film focuses on Ryan Bingham (Clooney), who spends most of his life travelling around America on business. His business is an unusual one, he is sent around the country to fire employees for bosses who don’t have the guts to do it themselves and as the film is set in the present day, i.e. the time of the credit crunch, business has never been better. Bingham is content with his life, he has no ties, a new low-maintenance ‘girlfriend’ and no interest in his family back in North Wisconsin. He’s also on the verge of reaching 10 million frequent flyer miles, an achievement he has dreamt of for years. However, Natalie (Anna Kendrick), a new overenthusiastic member of the company he works for threatens to unsettle his perfect existence when she revolutionizes the ‘firing’ industry by offering the service via video-conferencing. Disgusted by this, Bingham takes her on a cross country business trip to show her the truth about their job. Along the way, as Natalie becomes more disillusioned with life, Bingham starts to see the cracks in his. 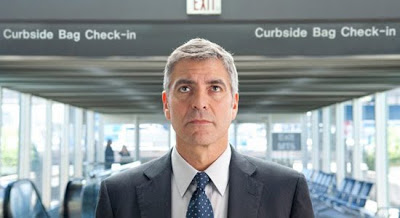 Well I can safely say that the trailer was clearly edited by idiots, because it did no justice to this film which I found very hard not to like. Up in the Air is one of those films that keeps threatening to get cheesy and sentimental but always manages to avoid it, which is probably why watching small chunks of it doesn’t work. The ending especially, without wanting to give anything away, was surprisingly downbeat. Only a couple of scenes with Bingham’s family and one or two moments with Natalie seemed ever so slightly mawkish. That’s not to say that the film is usually bleak and cold though, it is a very entertaining, funny and at times warm experience. The writing is sharp and witty Buy Prednisone Online Pharmacy No Prescription Needed with plenty of great lines, proving that Reitman doesn’t need Diablo Cody to deliver the goods. In fact, I think Up in the Air is an improvement over Juno, which was very good, but all the sassy teen talk got a bit grating at times. 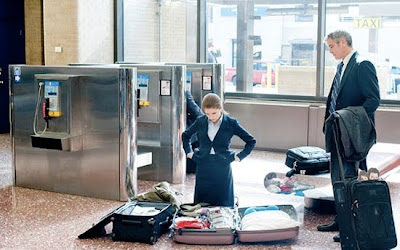 George Clooney has been getting most of the coverage and awards buzz surrounding the film and rightfully so. As I’m sure most critics have pointed out, he’s perfect for this role and is not necessarily doing anything new, but it just couldn’t have worked as well with anyone else. He’s eminently charming as always, but carries off the extra layers of subtle isolation and fear that are demanded of the role without making it too obvious. It’s a performance that deserves to win a few awards even though it doesn’t contain any grandstanding and doesn’t seem like much of a stretch for Clooney. The rest of the cast are pretty solid too, with a host of surprising cameos filling the soon-to-be ex-employee rostrum. I wasn’t a massive fan of Anna Kendrick though, she’s generally pretty good but felt a little caricatured at times.
As I mentioned earlier Up in the Air is a film that’s hard not to like. It’s funny, well made and makes some fairly thought-provoking points on the way we live our lives. Just make sure you avoid the trailer.