The Assassination of Jesse James is a beautifully shot, slowly paced yet intoxicating film from the director of Chopper. It’s a dissection of fame and obsession, following the Jesse James-idolising Robert Ford as he gains entry to the famed outlaw’s gang and strives to take his place as a living legend. It’s a brilliantly acted piece, with Casey Affleck in particular delivering a stunning performance as the deluded Ford. It looks amazing too, with a sparsely lit midnight train robbery standing out. It’s a little on the long side and does feel quite slow, but the sheer quality of it all draws you in and keeps you there. I found the voiceover narration a little annoying at times, but I could see Dominik’s intention in using it to make events in the film feel like they were something of history or legend. It’s a great film though and it’s a shame that it performed so poorly at the box office as Dominik is a talent that needs to be nurtured. 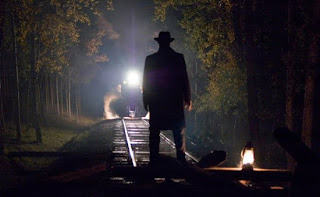