Single mother Alice (Emily Beecham) is a dedicated plant breeder at a corporation engaged in developing new species. She has engineered a very special flower, remarkable not only for its beauty but also for its therapeutic value: if kept at the ideal temperature, fed properly and spoken to regularly, it makes its owner happy. Alice takes one home as a gift for her teenage son, Joe. They name it ‘Little Joe’ but as it grows, so too does Alice’s suspicion that her new creations may not be as harmless as their nickname suggests.

As the film proceeds you can sense the tonal shift not just by character actions, but by the colour tones throughout the film. The colour scheme throughout evolves and changes when required and we have this continual bland backgrounds throughout. So when any changing light or dark colour appears on screen it is noticeable, almost distractingly so, as if the intention is for us to notice that colour and for the audience to ponder its existence in the frame. Visually, there will be few films released in the past few years that will evoke a response from you as Little Joe does. While the music is excellent, Little Joe would work as a silent film. 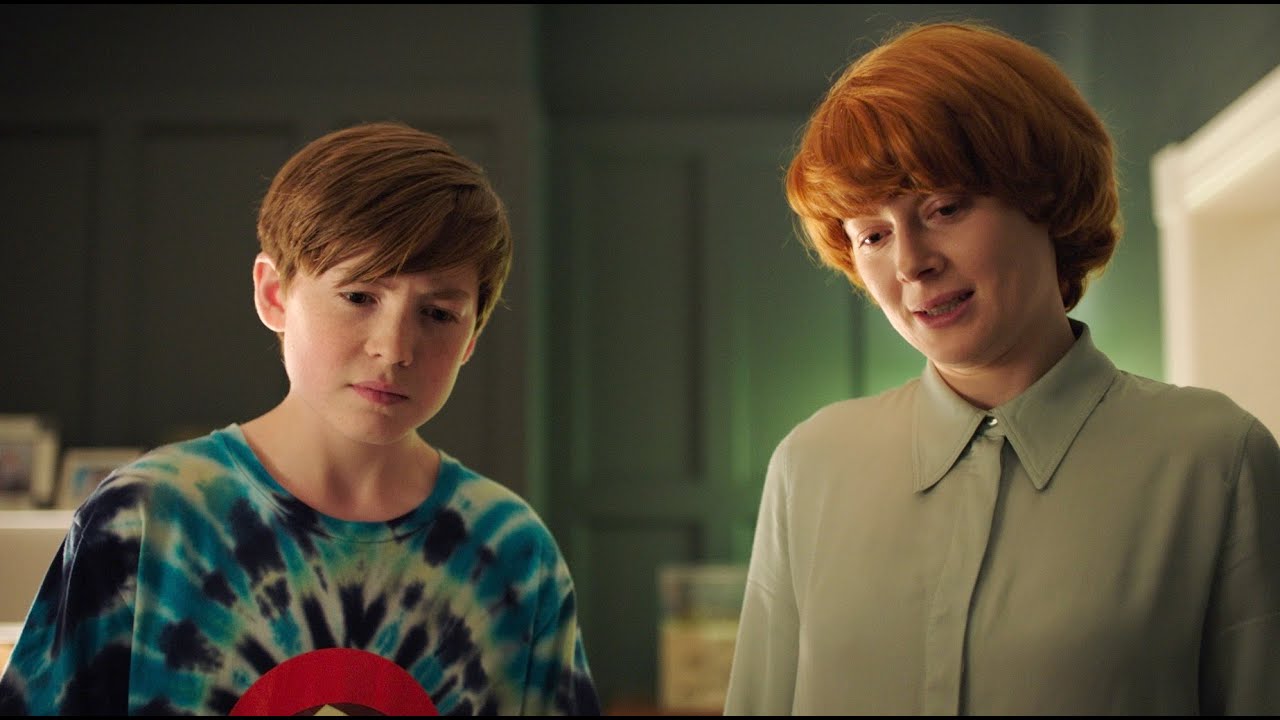 Where the film slightly fails and in truth, your enjoyment of the film will live or die by this, is the purposeful calculated nature of the film. From how specific everything in the film looks, from the costume design to set design. Everything is purposeful and stylised as if we are not really in a real-world environment. This causes the film to perhaps become a little too sterile for it’s good. The film looks like it has been designed to an inch of its life, you are watching a detailed Conversations with Alice and her son (Joe) are strained, in fact, conversations between every character is quite strained.

The cold nature of the film spreads into the dialogue between these characters. Everyone seems distant from each other, from mothers and sons to hopeful romances, there is very little warmth in these characters and the fact that the plant itself is meant to create happiness for those who smell it is almost satirical as the colour schemes are bold. The conversions are so slow in the film and to be fair this is expected when we have a multitude of scientists and other fact-based characters. It is almost cliché to expect them to be as focussed with their wording as they would be with everything else.

With that said the purely hypnotic camerawork draws you in as if you are being drawn into Little Joe itself. The camera moves slowly around the film, pushing and prodding, but not investigating. We scan the lab continually, looking at the plants and their movements in a very symmetrical style. Emily Beecham is purposeful throughout the film with her portrayal as the detached Alice. The doubt she allows Alice to feel for being a bad parent not only to her real son but to her other creations is pivotal to the success of the film. She is almost unwilling to connect with another human. Thus leading her to think that the only way she can feel to please her son is to bring him one of the plants from the lab. To further this in her conversion with Joe about how to look after and name Little Joe, she tries to sound warm to her son, yet that detachment is still there like she never learned how to be comforting to someone else.

This is exemplified by her interactions with her co-workers Chris (Ben Whishaw) has a romantic interest in Alice, but he too is too socially awkward to try and command the floor and when he approaches her on such topics he is timid and equally as distant. Joe’s girlfriend Selma (Jessie Mae Alonzo) is almost the exact opposite of all of the other characters as she shows confidence and strength. Is this where Alice’s issues come from? That she has no control over Selma and her influence on her son, much like she has little control over her co-worker Bella (Kerry Fox). It brings up a question about what is the theme of Little Joe.

The viewer can take a lot away from the film and this appears to be purposely so. Is this a film about a plant that was rushed to production too soon and thus becomes this body-snatching being that will make you love it? Or is it a story about the relationship between a single mother who is trying to provide and perhaps has gotten too involved in her work to properly focus on her teenage son? You could even take both away from Little Joe and that is where the film truly succeeds. One could even suggest that this is a commentary on the control of pharmaceutical companies throughout the world. The multitude of story strands that could be focused on is impressive. Two people could watch Little Joe and taken something equally important away from it and it could quite easily be different from one another.

Is Little Joe for everyone? Definitely not. It can appear to be distant and clinical, but if you let it, it will get under your skin and allows the viewer to read from it with what they bring into it. An excellent watch.

While the interviews are interesting, some are simply just a tad too short and do not delve as much as you would want into Little Joe itself. However, fans of Hausner will be pleased as she does speak about her previous films in her Q & A’s.

The Birth of a Flower is a very welcome inclusion to the disc and well worth the purchase in place of the digital format just to watch it. Taking us into microphotography, it is a fascinating watch.

The prize of the blu ray will be for those who get the first pressing of the illustrated booklet that allows Jessica Hausner to go into great details about the film. Her statement is a great look into what influenced the script. A great line from it is on how she and Geraldine Bajard approached the script. Detailing how integral to the film that it was to allow the audience to ask questions of the characters. Catherine Wheatleys review is present as well. With Kate Muir, her discussion with Hausner finds that she loves the setup of a horror film, more than the payoff. Something that you can clearly see in Little Joe’s slow build.

Little Joe is available via digital download or Blu-ray now.