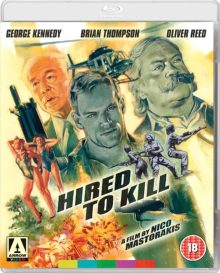 Beginning with special agent Ryan (Thompson) shooting his phone when its ringing wakes him up from his kip, and then rapidly moving into ‘Magnificent Seven with women’ territory – as he recruits a group of bad-ass (and mostly nice ass) girls from various levels of society, (including prisoners and ex-soldiers), to pretend to be models on a photoshoot in order to infiltrate the fictional island nation of Cypra, which is currently controlled by a crazy dictator, Bartos (Oliver Reed) – Hired to Kill is pure high-class cheese from start to finish.

Obviously, part of the joy of such a film is watching the mentor figure putting together their disparate band of outcasts and turning them, against all odds, into a functioning fighting force. Cue lots of cheesy, over-the-top training montages involving press-ups (Brian demonstrates that can do, (gulp!), multiple one armed press-ups!), rope swings, weight-lifting and, err, learning about hair and make-up. Well, they are posing as fashion models after all! Once they’re all up to speed they receive their final order, namely to take out the friendly neighbourhood, nutty military dictator, Bartos. 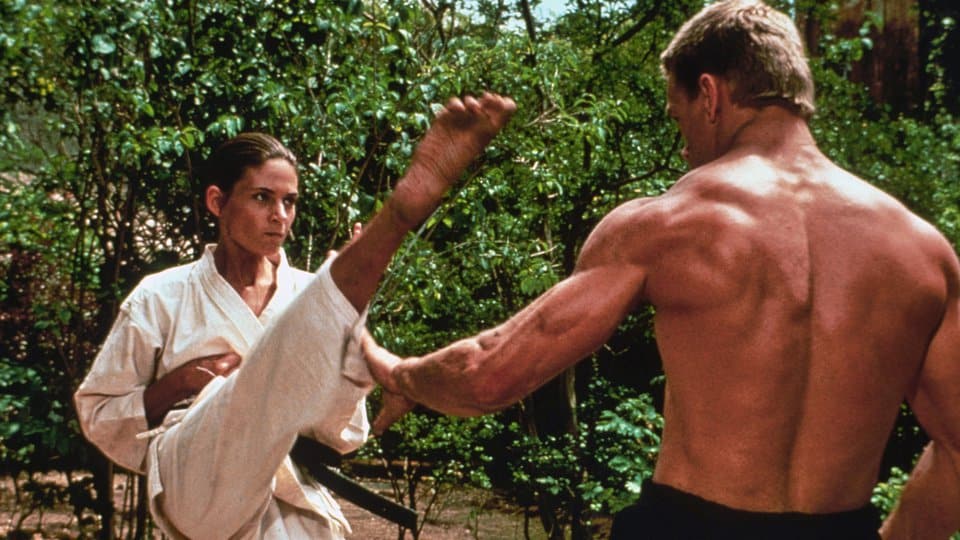 There follows lots of ultra-cheesy photo-shoots as the girls and their photographer (Thompson) pretend to blend in and try to gain intel about the man they’ve been assigned to take out – and I don’t mean for wine and pizza! Bartos takes a liking to them, invites the group out for dinner and makes lots of inappropriate advances towards anyone who’ll listen. After humiliating his girlfriend in front of Ryan, and then trying to turn the photographer on by flopping out said lady’s breasts, Ryan, in order to… mmm(?) diffuse the situation, snogs Bartos, which must be one of the weirdest, most cringe-inducing scenes in all of cinema history!

It turns out that Bartos’s girlfriend, Anna (Michelle Moffett), isn’t what she seems to be and joins the models/mercenaries for a spot of pay-back against the batty Bartos. The scene is then set for some OTT action set-pieces, which make the most of some very cool (or is that hot?) Greek locations. 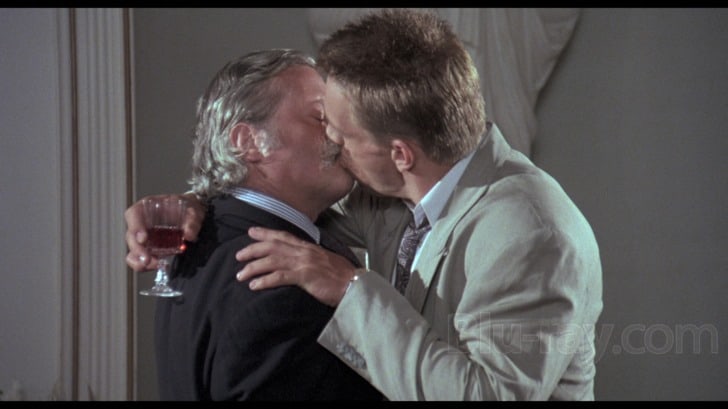 Hired to Kill could never be described as a particularly good film, but what it lacks in finesse, decent acting or scripting, it surely makes up for in fun and unintentional laughs, most of which come courtesy of Oliver Reed on scene-stealing form here, mainly for all the wrong reasons. Reed is clearly on a bender here and staggers, half coherently through the movie, muttering his lines and intimidating all around him with his boorish presence. Brian Thompson and his handler Thomas, (played by the ever-reliable George Kennedy), are clearly enjoying themselves, and the women, though not wonderful actors, do their best with the routine script given to them.

Nico Mastorakis makes a decent job of holding the insanity together and the film is nicely shot, yet again highlighting the lovely Greek locations that Nico is so fond of sharing with his audiences. The action scenes are also well-done, with some nice tracking shots accompanying the action as it unfolds.

The dialogue bounces between being dire to being inspired (“Fuck brave – brave is for fairy tales!”), and the fashion shoot elements slow the film right down, but it’s still worth sitting through those less interesting scenes to get to the last 20 minutes or so of gun-battles and impressive explosions. 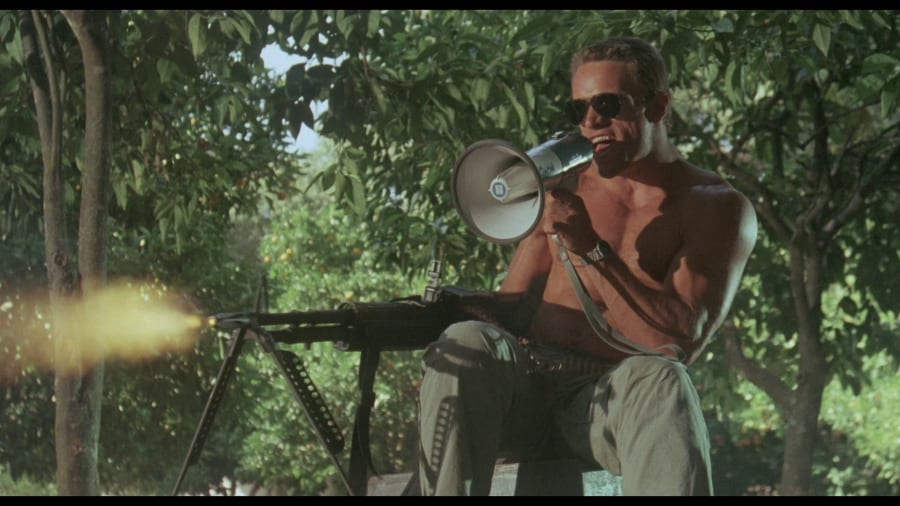 It’s a shame Reed, and his weird accent (what is that?) aren’t on screen more, although they probably had to cut scenes with him out because he was too drunk to perform! I’d have also liked to have had a bit more character differentiation between the female mercenaries, but, all in all, Hired to Kill is still worth a hire – see what I did there?!

Arrow Video are distributing Hired to Kill on DVD and Blu-ray. As per usual with Arrow Video there are some decent extras on the disc including:

Hired to direct (27.5 mins) – a fascinating and fun interview with director Nico Mastorakis, who is always good value in these kinds of things. Facts I learned from watching this interview: Brian Thompson is Nico’s son-in-law, the film’s original title was ‘Freedom or Death’, and Oliver Reed was so pissed during the final scene that he took his cock out to be more intimidating! Apparently, Ollie and Nico didn’t see eye-to-eye, apart from when Reed head-butted Nico, during one of his more drunken, violent periods. And, sadly, stunt man Clint Carpenter was killed during a helicopter accident, which is why the film is dedicated to him.

Undercover mercenary (17.5 mins) – an interview with lead actor, Brian Thompson, who talks about how he first got into acting, how he gets really nervous during auditions, how he had a role in The Terminator while he was still at college, and he shares his main memories of working on Hired to Kill – primarily that he doesn’t ever remember seeing Oliver Reed when he wasn’t drunk, and that his other main memory was of being surrounded by lots of topless women – sounds like a hard day at the office to me!

Stills gallery – lots of stills from the film.

Theatrical trailer (2.5 mins) – as with many trailers this shows possibly too much. 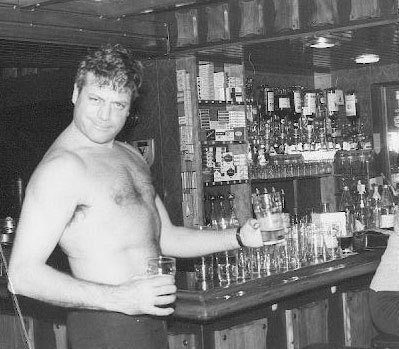