I fell behind again, but managed to get my three March films watched by the first week of April. 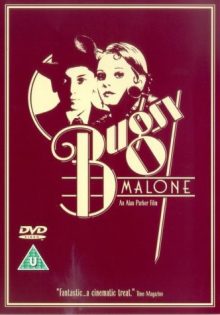 Alan Parker’s 1976 musical is one that seems to be an old family favourite for many people, but it always passed me by – probably to my aversion to musicals growing up. I’ve been keen to watch it more recently though, so I’m glad it was chosen for my challenge. It didn’t quite live up to the hype though. It’s an enjoyable watch and I can’t say I didn’t like it, I just never fell in love with it. The whole ‘kids as gangster’ gimmick makes it unique and unusual, but it wasn’t enough to raise the film beyond being a fun but straightforward gangster movie pastiche. The songs are decent enough, but not particularly memorable and the choreography isn’t all that elaborate. I found some of the dancing girls sequences a bit creepy in fact as they’re just kids but are dressed like showgirls. It has some great production design and cinematography though and Jodi Foster shines in her role as Fat Sam’s girl, Tallulah. 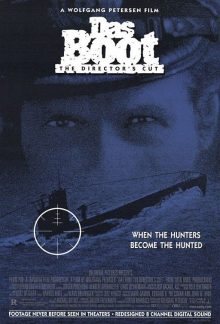 This is a film I’ve been putting off watching for a long time. I used to have it on VHS, but never got around to it, then bought it on Blu-Ray a year or two ago, but still it gathered dust on my shelf. The length is what put me off. Both versions I’ve owned have been the Director’s Cut, which is 3 and a half hours long. I’m hugely thankful for Jason for finally getting me to watch this though, because I absolutely loved it. Gritty and believable, yet tremendously exciting, it’s one of the best war movies I’ve ever seen. As well as the thrilling submarine attack sequences which are nail-bitingly tense, I loved the character interplay and the few sequences on land too. The opening for example, when all the boys are having one last party before heading off to sea, was refreshingly realistic. The guys are absolutely hammered, throwing up and pissing on each other. This is how I imagine sailors would really act the night before getting trapped in a tin can for months, rather than enjoying a quiet meal together and a few glasses of champagne.

From start to finish it’s a masterpiece which drives forward with such intensity that the running time shouldn’t put anyone off. Everything from the fantastic sound design to the ultra detailed production design to the amazing steadicam work, all go towards crafting an incredible piece of cinema. Great stuff. 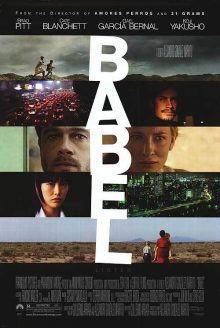 This is another one I’d been putting off for a while. The length again was a factor, with this running nearly 2 and a half hours. What also prevented me from sticking this on earlier was the fact that it was a film made during director Alejandro González Iñárritu’s ‘misery porn’ phase (although I’m not sure he’s fully out of it after The Revenant). Although I loved Amores Perros and 21 Grams, which came before this, neither were what you would call a laugh riot and critics at the time were starting to get fed up of Iñárritu’s formula of intercutting between several brutally depressing stories. However, Lewis and my auntie Lorraine’s vote made me finally give the film a chance and I’m glad I did.

Yes it’s pretty bleak and miserable, but there is hope and heart in there (largely towards the end). It’s also expertly made as we’ve come to expect from the director. Performances are all top notch and the cutting between characters is very well handled, so the length didn’t become an issue. It’s pretty gripping in fact. It didn’t have quite the same impact as his previous two films though, so I’d go with 4 out of 5 for the rating.

Up next in April: