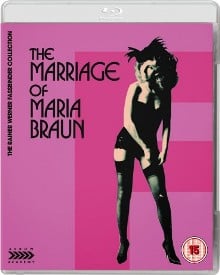 After getting married during a bombing raid in Germany in the midst of World War II, Maria and Hermann Braun (Hanna Schygulla & Klaus Löwitsch) are able to spend half a day and a whole night together, before Hermann returns to the front. Maria faces the struggles of life at home during wartime, surviving with her mother and sister, even in spite of news that Hermann may not be returning.

This is a difficult film to discuss without giving away spoilers, because a great deal happens over the course of the story, and a lot is to be appreciated with the twists and turns that the plot takes. It all seems to concern circumstances preventing Maria from being happy in love, and often they take almost ludicrous directions in terms of credulity and coincidence. Then again, what else is to be expected from a marriage that begins with the registrar being forced to sign the marriage certificate whilst scrambling around in the rubble outside of his freshly bombed office? 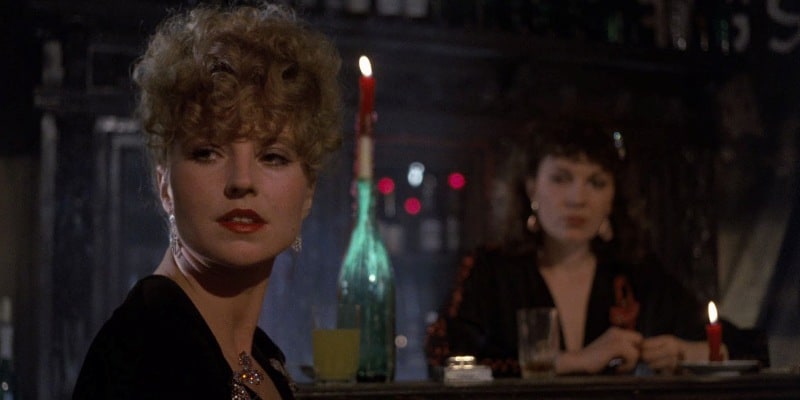 Schygulla excels as Maria, portraying her with an efficient chilliness, doing what must be done to survive in a world intent on fighting back at every turn. Sometimes the plot gets a little ridiculous, and elsewhere it gets bogged down in melodrama, but it always remains engaging and often surprising in its turns. As an Englishman I also found the perspective of the German homefront during WWII to be an enlightening one, showing a side of history not often broached in this country. The depiction is very well handled, providing insight into the general state of living – men fighting over a discarded cigarette butt – and how the economy devolved after the war, with a bartering system gaining prominence where necessary.

Overall this is an interesting and well-told story about love, ambition and survival unlike any other I’ve seen in the genre.

The Marriage of Maria Braun is out now on Blu-Ray and DVD, released by Arrow Films. Extras include three special features on Life, Love & Celluloid and director Rainer Werner Fassbinder and his family.