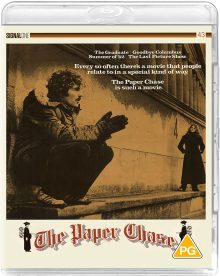 The poster for The Paper Chase boasts the tagline “The Graduate. Goodbye Columbus. Summer of ‘42. The Last Picture Show. Every so often there’s a movie that people relate to in a special kind of way. The Paper Chase is such a movie.” When The Paper Chase came out in 1973, these were probably all still well-remembered films but Goodbye Columbus and Summer of ‘42 have both long since faded into the background of cinema history and it is the path to obscurity of those two films, rather than the road to enshrinement of The Graduate and The Last Picture Show, that The Paper Chase ultimately followed. More than their capacity for endurance though, The Paper Chase’s grandiose tagline seems to be trying to align itself with these films in particular because they are about the experiences of teens and young adults, high school seniors and students. In that respect, it makes some sense for The Paper Chase to evoke these specific predecessors, although its focus on Harvard Law students, with a closer examination of the intense academic experience itself, perhaps narrows the scope for as many viewers to relate “in a special kind of way.” But there’s more to a good film than the ability to find a reference point for yourself in there. I couldn’t really relate directly to any of the characters here but it was fascinating to spend some time in their world, even if it’s a world I would avoid at all costs.

James Hart (Timothy Bottoms) begins his first year at Harvard Law School by being publicly humiliated by the cold, sardonic lecturer Professor Kingsfield (John Houseman), a legendary figure who is said to have caused many a previous student to drop out. Hart and Kingsfield’s first encounter sets the stage for a one-way battle as Hart becomes obsessed by his relationship with the professor who can’t even remember his name from lecture to lecture. In a coincidental turn of events, Susan, a woman who Hart has begun dating, turns out to be Kingsfield’s daughter. While wrestling with the implications this has on both relationships, Hart also becomes part of a study group with five other students who’s aim to help each other through Kingsfield’s difficult course founders when their abilities differ significantly and their differing temperaments cause infighting. 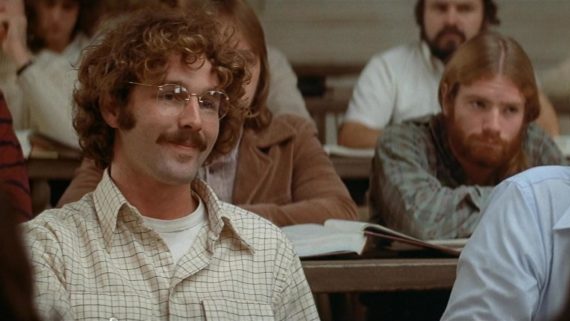 The Paper Chase has become something of an unfashionable film to like in an age when too many people think enjoying stories about privileged characters somehow makes you complicit in societal ills, or that unlikeable characters are always a mistake rather than a choice. The characters in The Paper Chase are all deeply flawed but this makes for a much more interesting narrative than a straightforward good vs. evil setup. The restraint shown by both James Bridges’ script and John Houseman’s performance (both Oscar nominated, with Houseman taking home the Supporting Actor award) makes The Paper Chase feel like a more subtle variation on films like Whiplash or An Officer and a Gentleman, in which the bully-as-mentor trope is pushed much further. Houseman’s Kingsfield is not anything approaching the line-crossing physical abuser of J.K. Simmons’ drum teacher and we rarely see him outside of the academic setting. Consequently, we don’t get to know much more about him than his controversial teaching style but the clever writing and Houseman’s focused thesping hint that, while the facade never visibly cracks, that maybe the cracks have been there all along if you just looked closely enough. 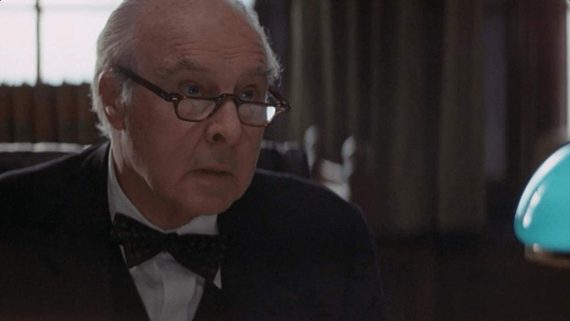 Not everything in The Paper Chase works quite so well. Though the romance between Hart and Susan never descends into sitcom farce as a synopsis seems to hint at, neither is it very convincingly drawn. There’s little chemistry between Bottoms and Wagner. In fact, Bottoms never quite rings true in the lead role of Hart, his uneven performance exacerbating a hard-to-pin-down character. Wagner is a little better and occasionally quite charming but her underwritten role is further hurt by her sharing all of her scenes with Bottoms, usually with no other actors to play against. There is also an issue with The Paper Chase’s script occasionally overreaching. While for the most part it is rich in small details that reward attention and thought, it is occasionally prone to the odd twee, symbolic flourish. In particular the final scene, ripped directly from John Jay Osborn Jr.’s source text, fails to land entirely. Whether it worked better in the book I cannot say, but here it feels robbed of the context it needs to be affecting. Finally, in its later stages The Paper Chase does rather seem to buy into the idea that bullying is ultimately a laudable motivational technique, a notion that also haunted the films with which I compared The Paper Chase earlier.

Fortunately, The Paper Chase manages to overcome its flaws to a significant degree. Unlike so many films set in the world of academia, here there is a real sense of the amount of work the students have to put in, the constant time pressures, the temptation to compare themselves to their peers and the exhausting experience of having all this hanging over them constantly. It’s certainly not all panty raids and keggers in the world of this film. The focus is very much on the course itself, with many of the best scenes taking place in the lectures and the study group. As tensions mount, some of the study group scenes are laugh out loud funny, in particular one involving the repeated use of the word “pimp.” The bonding and bickering between the all-male group at times reminded me of Barry Levinson’s classic Diner and I would’ve liked to have seen more of this in favour of the half-baked romance. 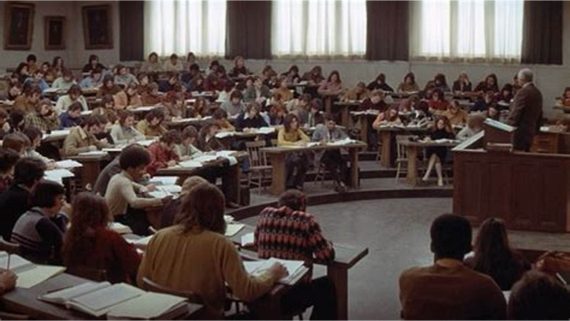 The Paper Chase is a type of film that doesn’t really get made anymore and, depending on how you watch films, this might be a plus or a minus. For my part, I’ve always loved films that speak of their era and it’s interesting to imagine that The Paper Chase once chimed with a young audience in a way that is now all but lost on the casual viewer. Had it been made in, say, the 90s, The Paper Chase probably would’ve seen the Hart/Kingsfield relationship develop into all-out vindictive warfare, before resolving in a would-be moving scene in which the old man melted and let his mask slip in a moment of connection with his new protégé. But this is not the kind of film The Paper Chase is nor should be. Its slice-of-life structure refuses to bow to melodramatic conceits and its vacillation between drama and comedy reflects life’s fickle tone. Its major achievement is in keeping Kingsfield as an uncompromised figure. It might deprive those seeking inspirational lip service of their desired ending but it ensures the film’s credibility regarding its central relationship remains thoroughly intact. If The Paper Chase lacks the consistent quality to measure up to the greatest reference points for which that tagline aims, it’s still a smart, fascinating film which, like its characters, works hard to achieve its goals with mixed but, in some cases, satisfying results.

The Paper Chase is released on Dual Format DVD and Blu-ray by Signal One Entertainment on 13 June 2022. Special features are as follows: