A prologue set in 1486 in Sicily sees five Satan worshipping nuns brought kicking and screaming down into the catacombs of an old church to be crucified by a gaggle of angry locals. Cut to 1990 in Toronto and a séance where a young woman is confronted by the same memories of said crucifixion whilst in some sort of trance before fainting. We later find out that she’s part of a group of archaeologists readying themselves for a trip to – you guessed it – Sicily, to investigate a mediaeval monastery. Lisa, the medium (perhaps?), turns out to be the brightest of the professor’s students and quickly finds the hidden catacombs beneath the church, the same place the nuns were murdered hundreds of years before, and their ruined bodies are still there, in situ. 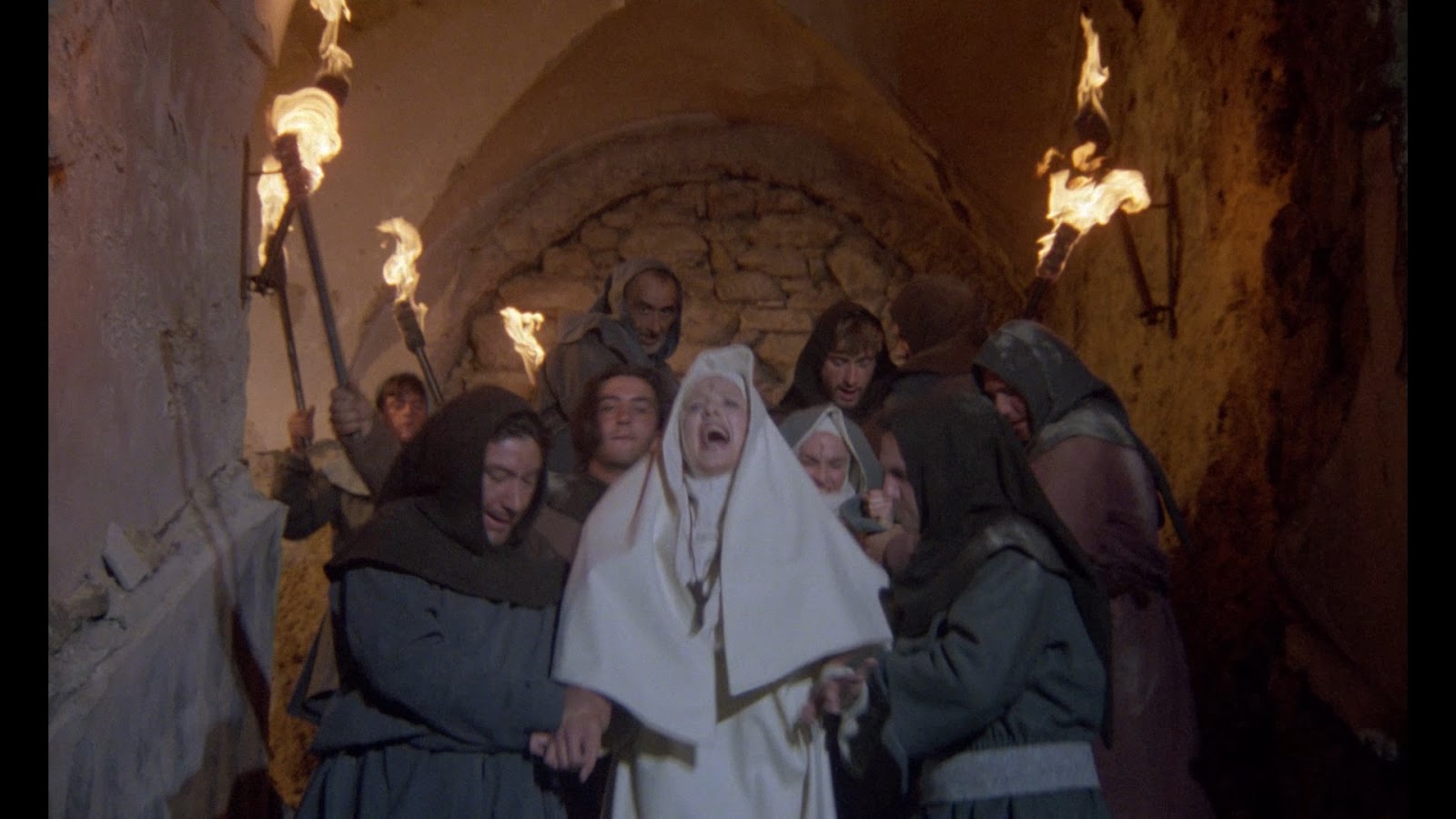 From this moment on Lisa (Meg Register) suffers from increasingly weird dreams/visions and a series of grisly murders are carried out by the ghostly nuns. One fisherman (Fulci regular, Al Cliver) is harpooned and his head later found skewered onto his anchor; a tarot lady is attacked by her own cats, resulting in them removing her eyes; the butcher is held in his own freezer when his tongue is nailed to something, thus causing him to freeze to death; and another poor soul is bloodily drawn and quartered; all in a typical day’s work for a Fulci film. Talking of which the great maestro himself has a significant role in the film as an Interpol agent investigating the deaths.

This being a Fulci film things don’t really end well for anyone, or do they? It’s sometimes hard to tell with all the crazy dreams sequences and patchwork script. 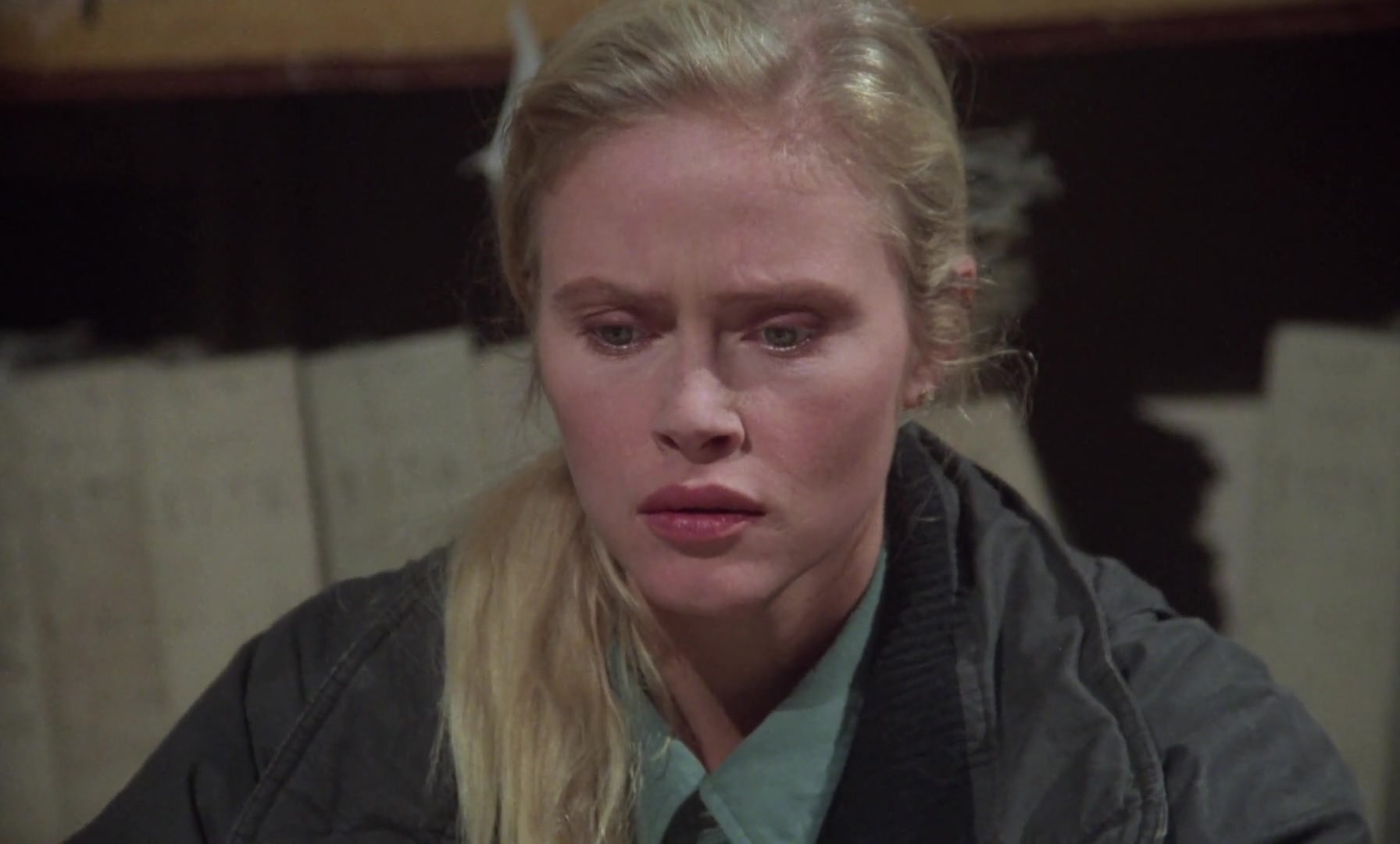 The production of Demonia was a fraught one by the sounds of it and it shows, although a mediocre Fulci film is still a lot better than most other horror films. Shot around a deconsecrated church in Belligrino, Sicily, the film still manages to convey a certain level of creepy authenticity, probably due to the fact that the decomposing bodies on display in the catacombs were actually real ones! Apparently some of the locals were none too happy with a film crew opening their ancestor’s coffins in order to create an added layer of atmosphere for their horror movie; Mmm, I wonder why!

Still, it’s great to see this film given this lovely presentation by those wonderful folks at Arrow, with their 4K restoration from the original 35mm negative. The sound quality is very good too, in general.

Demonia probably isn’t for all horror fans, but for those who love a bit of pasta horror with their Neapolitan sauce this one is hotter than most… 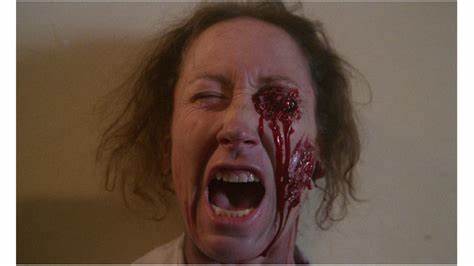 Demonia is being distributed by Arrow Video on Blu-ray. There are plenty of extras across two discs including:

Audio commentary with author Stephen Thrower – As per usual with Stephen this is an informative commentary revealing that Mr Thrower sure does know his sh*t about the late, great Fulci. Apparently the film was all shot on location and the film was inspired by Mario Bava’s Mask of Satan.

Holy Bones – interview with co-writer Antonio Tentori (33 mins) – Apparently Antonio was firstly a fan of Fulci’s and then a collaborator after the director had spoken on Tentori’s radio show. Antonio gives away that some of the names written on the crypt walls were those of Lovecraftian deities and that he played one of the hooded villagers at the beginning.

Of Skulls and Bones – interview with camera operator Sandro Grossi (15 mins) – Sandro explains that Kubrick’s Barry Lyndon was his inspiration for later becoming a DoP and that he also worked on a few other Fulci projects including The Sweet House of Horrors and House of Clocks. He reminisces that Fulci was always a joker and fidget on set, but was also very cultured and knowledgeable. He remembers the church as being located in Caltabellotta in Sicily, which seems at odds with other’s memories.

On the set of Demonia – rare backstage footage shot by assistant director Antonio Tentori (11 mins) – Starting with a fun Fulci monologue to camera we see crew moving skulls and bones around in the church crypt. The quality of the footage is video quality and the music unsuitable, but it’s still worth a watch.

Fulci Lives!!! (4.35 mins) – Interview with the maestro himself, on location with M.F. Laurgnini. This was shot back in 1990 when he was still relatively healthy and in a playful mood. He talks in English here while they’re filming the quartering scene, and reveals that author Clive Barker was his friend.

Original trailer (1 min) – This shows the gory highlights and makes good use of the music score. 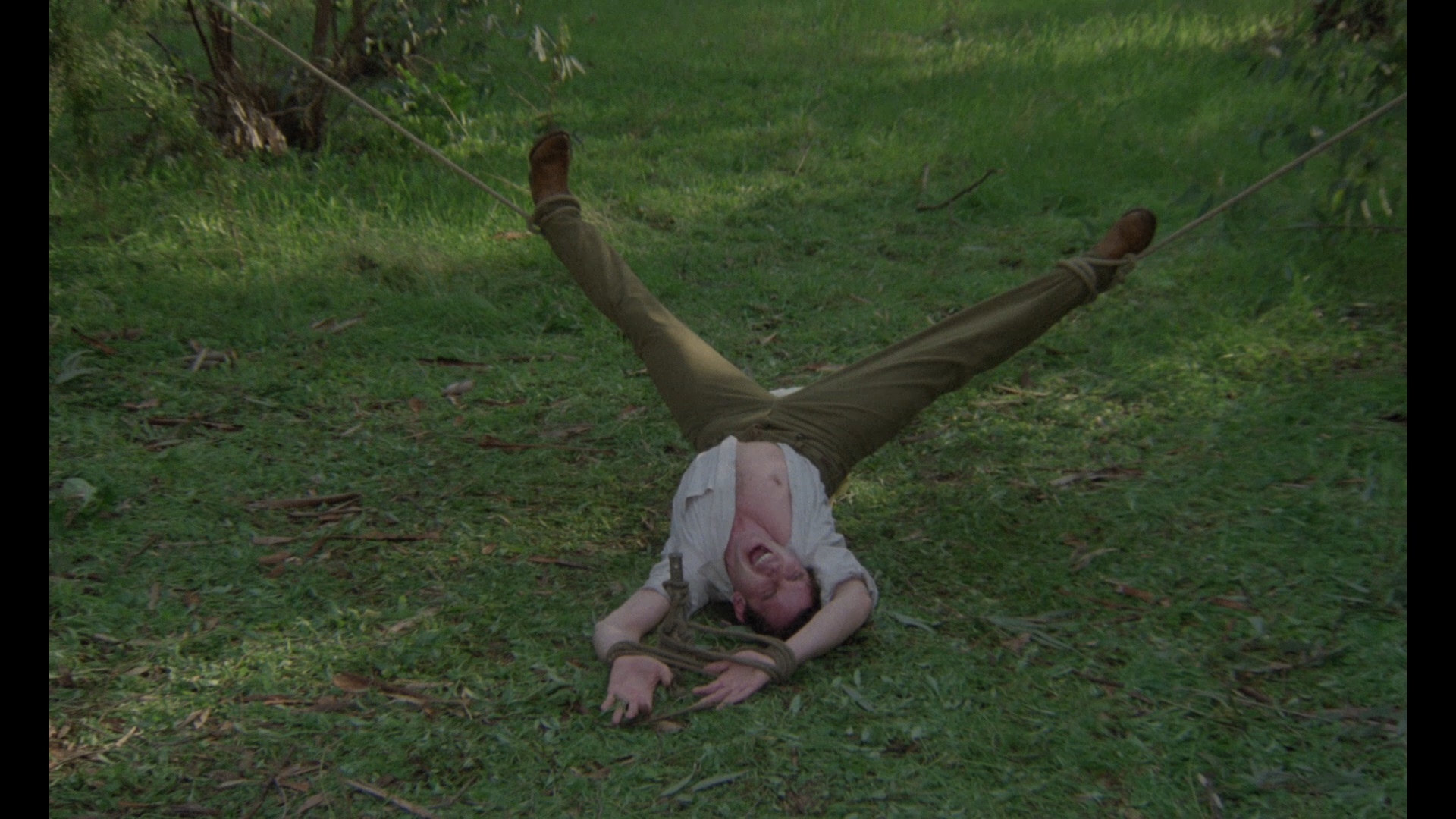 Fulci Talks (84 mins) – Feature length interview with the maestro himself, whilst sitting in his wheelchair. He talks candidly about himself and his career, dropping in lots of interesting anecdotes along the way. Apparently he’s been mistaken for Orson Welles, came from “a family of poor fascists”, thinks that Dario Argento “pretends to like him”, thinks Don’t Torture a Duckling is probably his best film, and thinks that “cinema is the only universal message that speaks to all of us”. Oh, and his way of beating stress was to go sailing…

Trailer (1.5 mins) – Interesting how they pick out some choice quotes including him saying that he’s “a liar, especially to women”, and that’s he’s “a legend”, unlike Dario Argento who “lives in a world of nightmares”. I’d say that they’re both legends, myself.

Image gallery – Includes seven shots of Fulci from the interview, all in black and while. 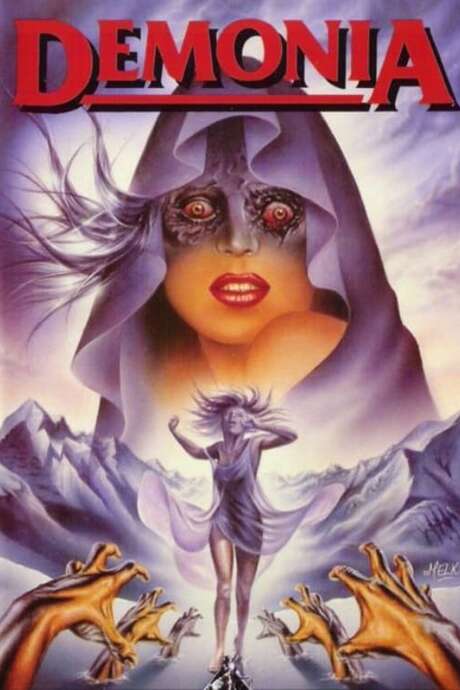