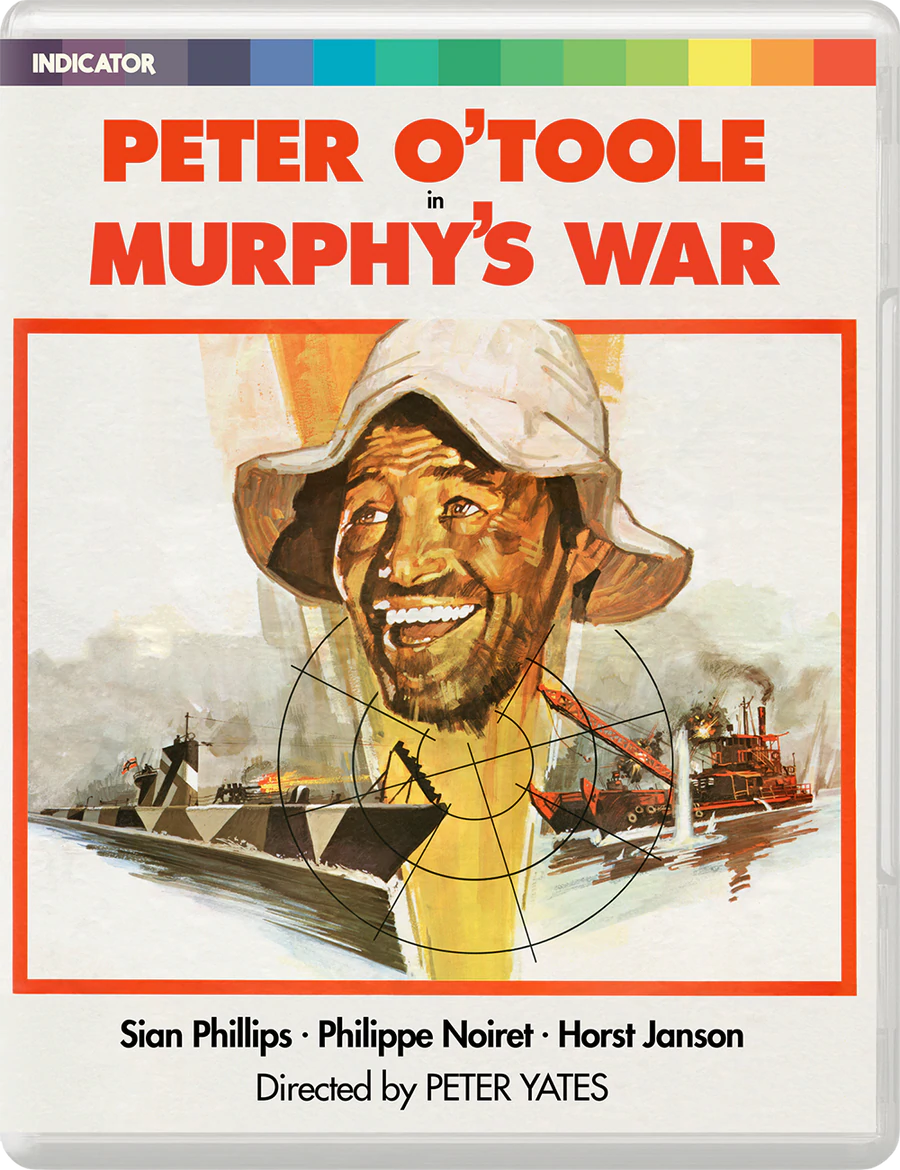 A war film from Peter Yates, the director of Bullitt and The Friends of Eddie Coyle, with a touch of the avant-garde about him, was always going to be an interesting curiosity. Murphy’s War is a charming film with just the right amount of grit. The opening sequence is straight into the melee of an attack, as Peter O’Toole’s Murphy and his fellow crew members are in utter chaos. The Captain of the U-Boat doesn’t want prisoners and Murphy is left the only survivor.

Kudos for dropping us straight into the important broad strokes of the story (lone survivor Murphy has an axe to grind), but it’s not a great start. Yates’ style is already at odds in an action scene that we’ve seen before, done with more budget and better effects. The dated 70s pacing with ropey effects is distracting, perhaps guilty of trying too hard and the film’s lacklustre reputation seems deserved. Thankfully though, Murphy’s War isn’t really a war film; it relaxes as soon as we get that obligatory battle scene out of the way and O’Toole opens his sweary Irish gob. It’s an earthy film in language and character. 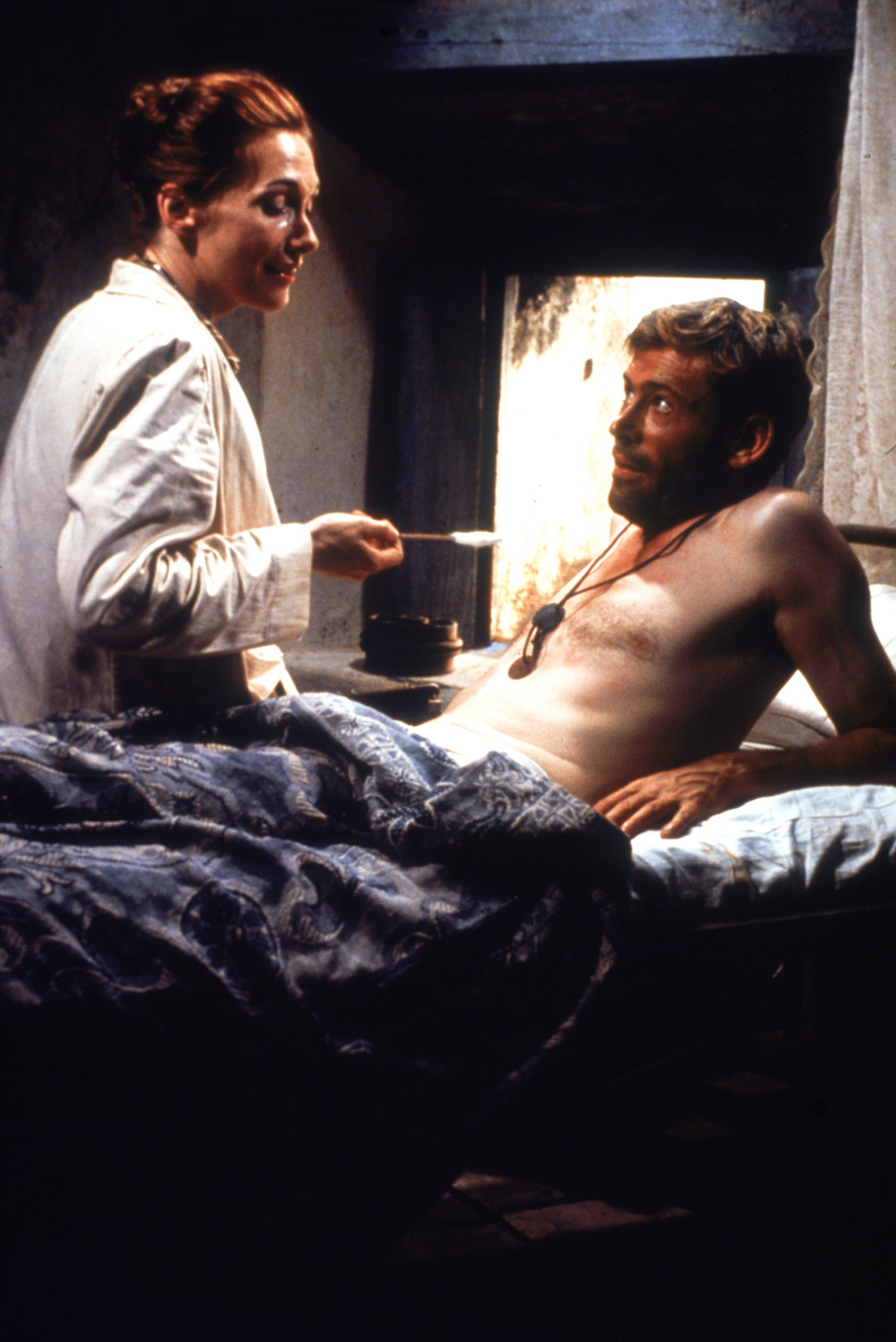 O’Toole was born in Leeds, but was always proud of his Irish heritage which he dials into Murphy with entertaining affection. His first proper scene is following his unseen rescue as he comes around in Siân Phillips’ ram-shackle hospital and the basis of their love-hate relationship is immediately established. He is the only English patient, but this is no love story (despite O’Toole’s winks and that Phillips was married to him). Instead, much to the exasperation of Phillips and Philippe Noiret (a lovely role as an abandoned Frenchman), Murphy is focused only on finding and taking out the U-Boat.

Murphy of course, being one traumatised man, recuperating from injury, with barely any working equipment, is no match for a fully-crewed U-Boat, but no-one can tell Murphy that. He and the bemused and inimitable Noiret repair a seaplane enough to load up bottles of petrol Murphy intends to drop on the unsuspecting Germans.

The sequence with the rust-bucket seaplane is fabulous. Hilariously stressful, written on O’Toole’s face throughout, it’s not a cheap comparison to note that the best car chases, including Bullitt, are the ones where we don’t forget who is behind the wheel. Watching O’Toole, who did some of the flying, wrestle that ridiculous craft into a retaliatory attack is a masterpiece of performance, direction and editing. If you think I was harsh on the opening scene, it’s because the seaplane run is so much more deserving of being in a film credited to Peter Yates. So far, this rather scrappy film has had echoes of The African Queen and Flight of the Phoenix, but the latter half, while not losing the A-Team charm, is altogether darker and smarter. Murphy’s War is set in the final days of World War II. Everyone is tired, grubby and worn out, including the Germans. They may have their U-Boat, but they’re resorting to making Iron Crosses out of cans for their captain, Horst Janson. Aided by a handful of sub-titled scenes that give the Germans some space, Janson makes you question who the heroes and villains are in this story. He might seem too movie cold-blooded at times, which may be accurate as the Germans at this point in the war were basically terrorists, reduced to messy skirmishes, but in the final act you may find yourself as exasperated by Murphy as he is. Critics did not respond well to the film’s shifting tone when it was first released, but I think the optics have changed over the years and the irony makes sense. Plus, you ask Peter Yates to make a war film? It was never going to be obvious.

In an ending that’s oddly reminiscent of Jaws, albeit a few years early, O’Toole rounds off a troubled clownish character that exemplifies his formidable talent as an actor. Murphy might be as tenacious as Major Lawrence, but the similarity ends abruptly. Like the lead character, Murphy’s War is great fun to be around, makes brilliant use of limited resources, but might just have something important to say, even if the timing is off. The opening scene is messy, but once past that, it’s a handsome looking film to say everything is so sweaty, grubby and broken. Douglas Slocombe filmed several sequences including the seaplane and there is a surprising depth to the picture. They made the best of exotic locations and the HD transfer is an excellent presentation.

Typical of the era and this kind of film, the soundtrack can be dated and inconsistent. However, dialogue is centred and always clear, plus John Barry is on the soundtrack, so along with Peter Yates’ direction, Murphy’s War is certainly more ambitious than you might assume.

The initial reception to the film may have been muted, but it deserves reappraisal. Indicator have collected a fabulous collection of features, some new, some archive. The piece on Douglas Slocombe is a gem and the Super 8 version a wonderful curiosity.